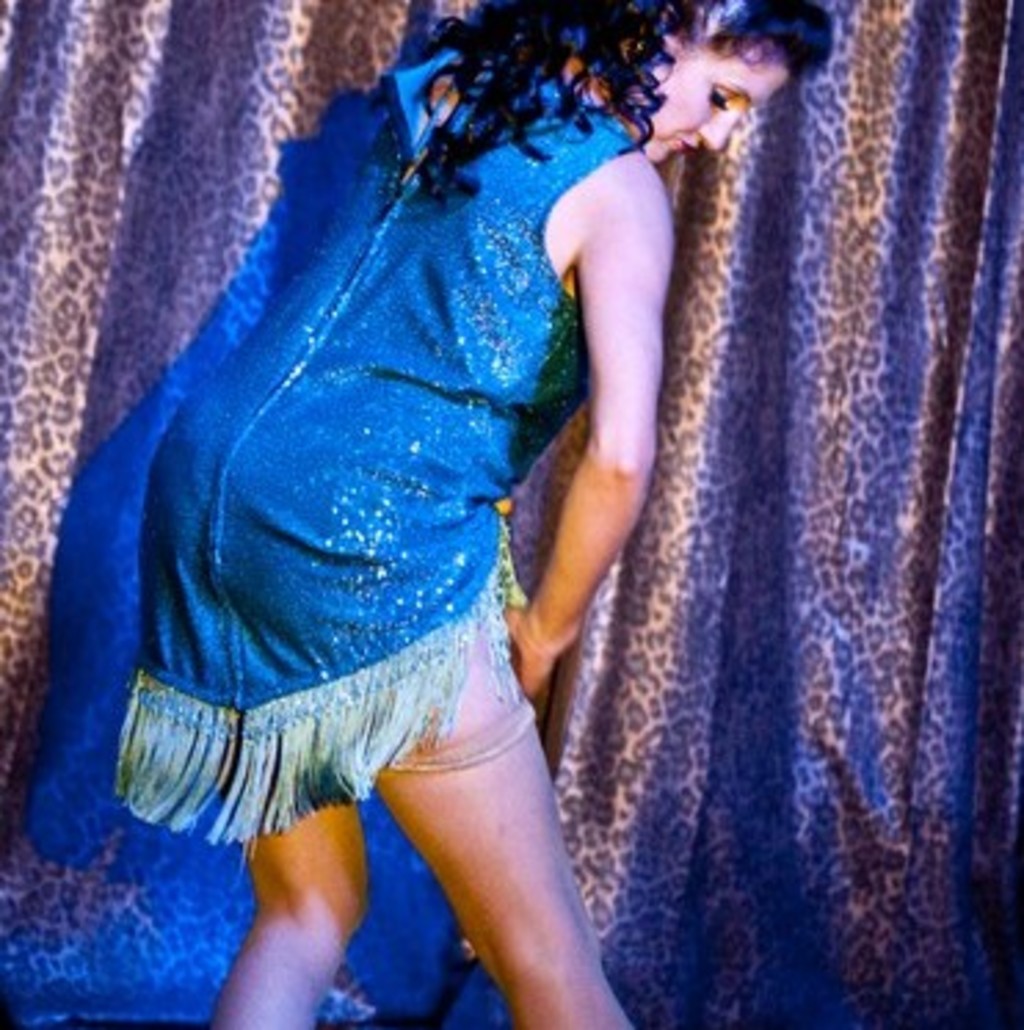 Hump Days: Sultry Songs, Sexy Striptease, and Comedy All in One Night 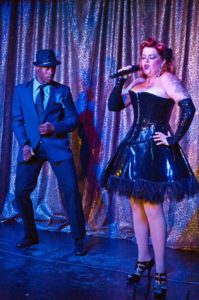 Recently, I was transported back in time to the glamorous golden age of burlesque at Cora Vette’s RestoMod Burlesque Revue which opened earlier this month at the Voodoo Comedy Playhouse.  The venue itself is an intimate little setting that only seats about 80 patrons, so every seat is a good one. No detail was spared in creating the ultra-lounge retro-vibe of the show, right down to the leopard print stage curtains.  Cora’s new regular Thursday night extravaganza is exactly what I’ve come to expect from Denver’s own sultry songstress, comedienne, and costume designer.

Complete with nostalgic tunes, elaborate costumes, bawdy humor and boobs galore, the show will make you feel as though you’re sitting in a 1950’s burlesque theater. The only thing missing is the cigarette smoke that would have filled the air back then. One thing you wouldn’t have seen back in the day were Cora Vette’s own ‘Hot Rods’, a worthy addition to the show. The sexy boylesque troupe consists of three beautiful young men, who not only know how to take it off in style, but have the dance moves, stage presence, and the right blend of gymnastics to hold anyone’s interest. Of course their smiles and their abs alone could steal your heart.  Another 21st century twist is the ‘stage butler’ instead of the ‘stage kitten’ who appears between acts, to retrieve the sequined and feathered costumes and other sparkly bits and carry them off on a silver tray. Ms. Vette is obviously not a stickler for convention, thank goodness.

Of course the VaVaVettes are stunning as always whether performing choreographed routines together, or when performing solo. They tease the audience mercilessly, bedazzled in perfectly matched ensembles from the tips of their fingers to…well let’s just say from their gloves to their twirling tassels. Most every style of burlesque is represented, from Fuschsia La Fae’s hilarious ‘lunch lady’ performance to Chakra Tease’s lively high kicks choreographed to a remix of Boogie Woogie Bugle Boy. The full crinoline slip under Chakra’s fabulous taffeta and velvet 1940’s costume complements her dance moves beautifully. 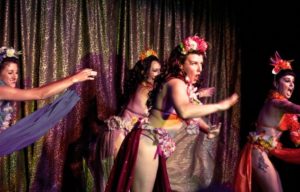 Frenchie Renard, who hosts her own show at the Voodoo Comedy Playhouse on Tuesday nights made a guest appearance the night I was there.  Frenchie appeared in an elegant purple sequined evening gown, and captivated the audience with her signature sex appeal. Ms. Renard needn’t do gymnastics or high kicks. She gets her message across loud and clear with her facial expressions and slow seductive moves alone. 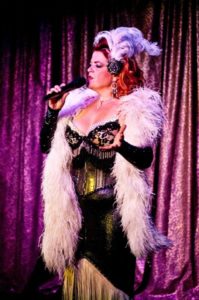 The talented Cora Vette as hostess of the show rings true to her reputation of having the ‘mouth of sailor and voice of an angel’.  Her naughty humor between acts keeps the audience laughing and her soulful renditions of retro classics like ‘At Last’ produce goose-bumps. And who but Cora Vette could look absolutely divine dressed as a cockroach, yet another costume made of her signature sparkly vinyl? Cora, in fact, created all of the perfectly matched costumes and under-things in the show at her shop in downtown Denver. Cora is truly one of Denver’s greatest treasures. As promised, RestoMod brings classic burlesque into the present and mixes contemporary neo burlesque with the past. This delightful striptease and musical spectacular is a feast for the senses and will show you what it is to be truly entertained. There is something for everyone, and I would go back again just for the dazzling costumes alone.

The next RestoMod show is at 8PM this Thursday, October 24th at the Voodoo Comedy Playhouse, 1260 22nd Street, Denver, CO, and continues every Thursday night. On October 31st, the RestoMod Burlesque Revue will be performing “Zombielesque! – The ZILF Edition!” – a special Halloween extravaganza.

Advance tickets can be purchased at the voodoocomedy.com website and you can find more information about Cora Vette, The VaVaVettes, and The Hot Rods at coravette.com.