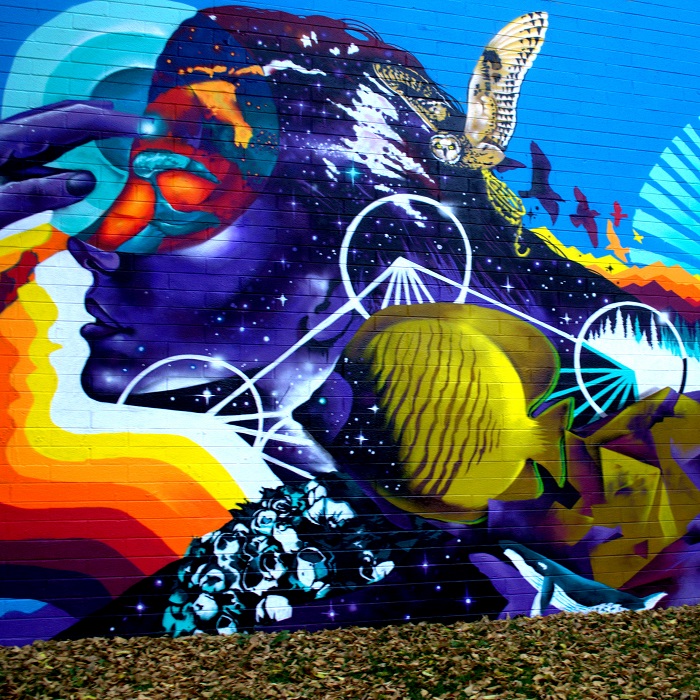 Members of Denver Arts and Venues along with local master and youth artists met this past week at the 3rd annual Urban Arts Forum. The event offered insight to the monumental reach of urban arts not just into the community, but the lives of underprivileged youth.

The Urban Arts Fund provides a positive outlet for kids and allows them to take part in sanctioned masterpieces for the whole city to enjoy. Ginger White, Deputee Director of Denver Arts and Venues, explained the actual numbers of the illegal graffiti problem in Denver. 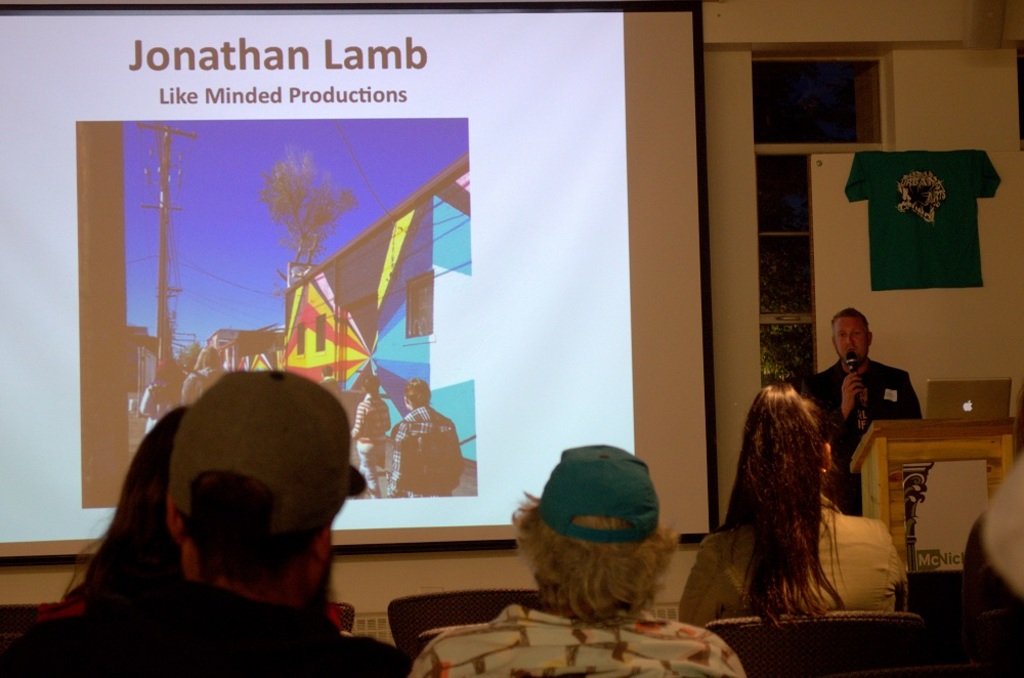 The Urban Arts Fund is not dwelling on the problem, but offering a solution. In 2013, the program has reclaimed 60,000 square feet of public space for 21 murals. These murals are approved by the city to engage the youth and define their unique communities. None of the public art could have been possible without Mary Valdez, Public Art Coordinator since 2009, and Michael Chavez, the Public Art Director.

Chavez introduced the brilliant documentary on this years season by filmmaker and photographer Fa’Al Ali, as well as a special guest message from councilwoman Judy Montero of District 9, who is the Public Arts and Urban Arts Fund’s strongest ally in the Denver City Council. She explained UAF  funded programs as a great way to redirect Denver’s illegal graffiti problem, to find talented artists who can paint with the youth and teach them how to express themselves. This event celebrates Denver’s growth as a city, UAF’s growth as a public project, and many peoples personal growth as artists.

Every one of the featured artists is a philanthropist of self-expression to the kids they work with. This years UAF funded murals include Colorado Crush 2013 put on by artist Dread, Jesus Rodriguez and the students at KIPP Academy, the piece at DICP on 12th and Mariposa, Josh Rogers, Bob Luna, Brenda Cleary and many more. These projects take months and months of approval, city planning, and require a thumbs-up not just from local zoning but from private companies.

Jonathan Lamb and Michael Ortiz of Like Minded Productions worked with UAF on the graffuturistic mural. It is one that I’ve featured in the past, and engages conversation to kids passing by on their way to school, on field trips, or on their way home in the neighborhood. It is Like Minded Productions largest mural to date. One important detail that Lamb stressed when speaking about his work, something I absolutely love, is a term he and Ortiz coined: Urban Contemporary Arts.

Lamb believes the term more accurately reflects what modern street-art stands for. This sparked a heated debate between attendees of the event on what the definition of “graffiti” and “street-art” really is, the conclusion I took away was language’s ability to lend itself to multiple interpretations, not just negative. To many the term “graffiti” is meaningful and rooted in the history of hip-hop culture. 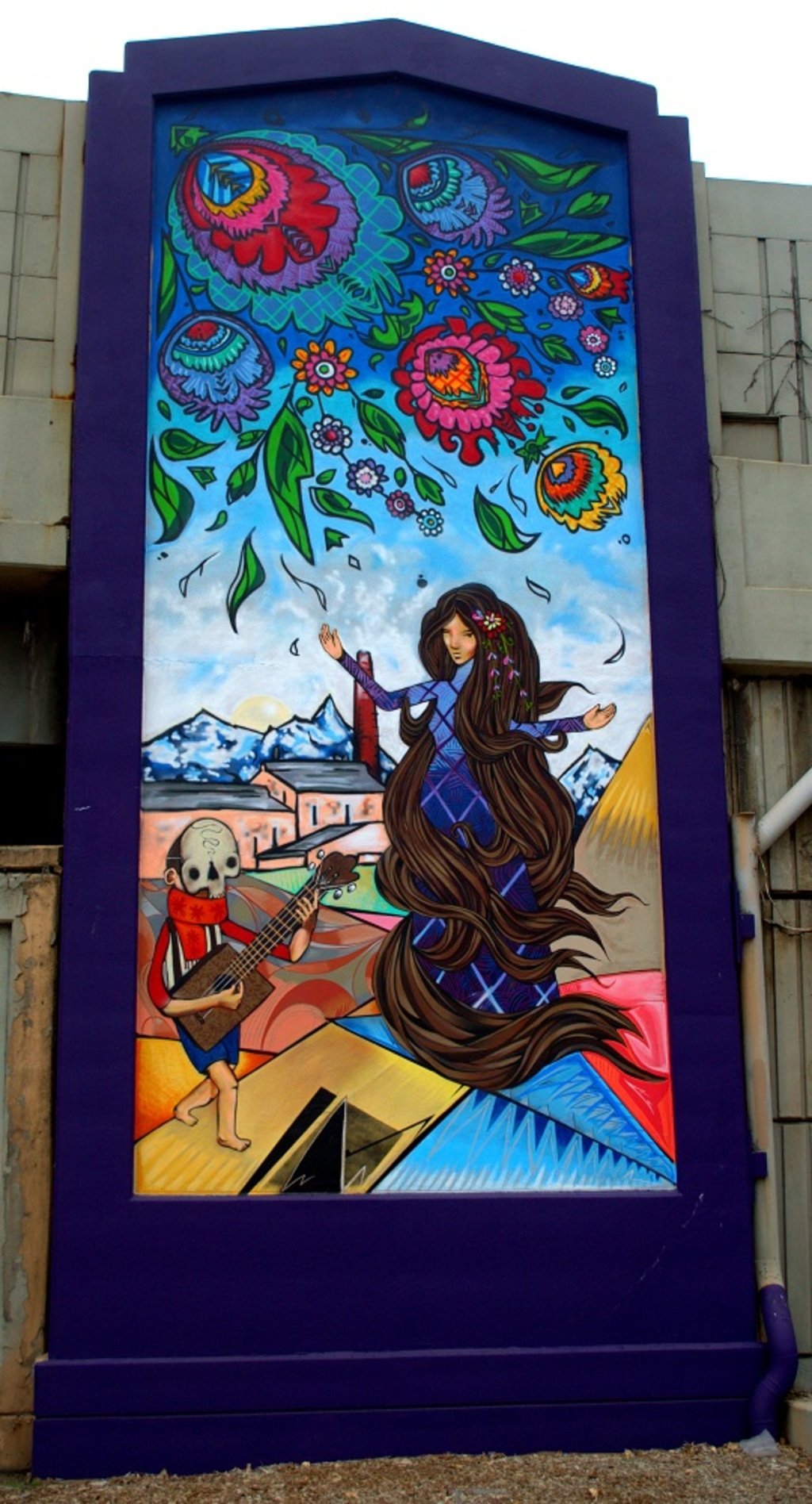 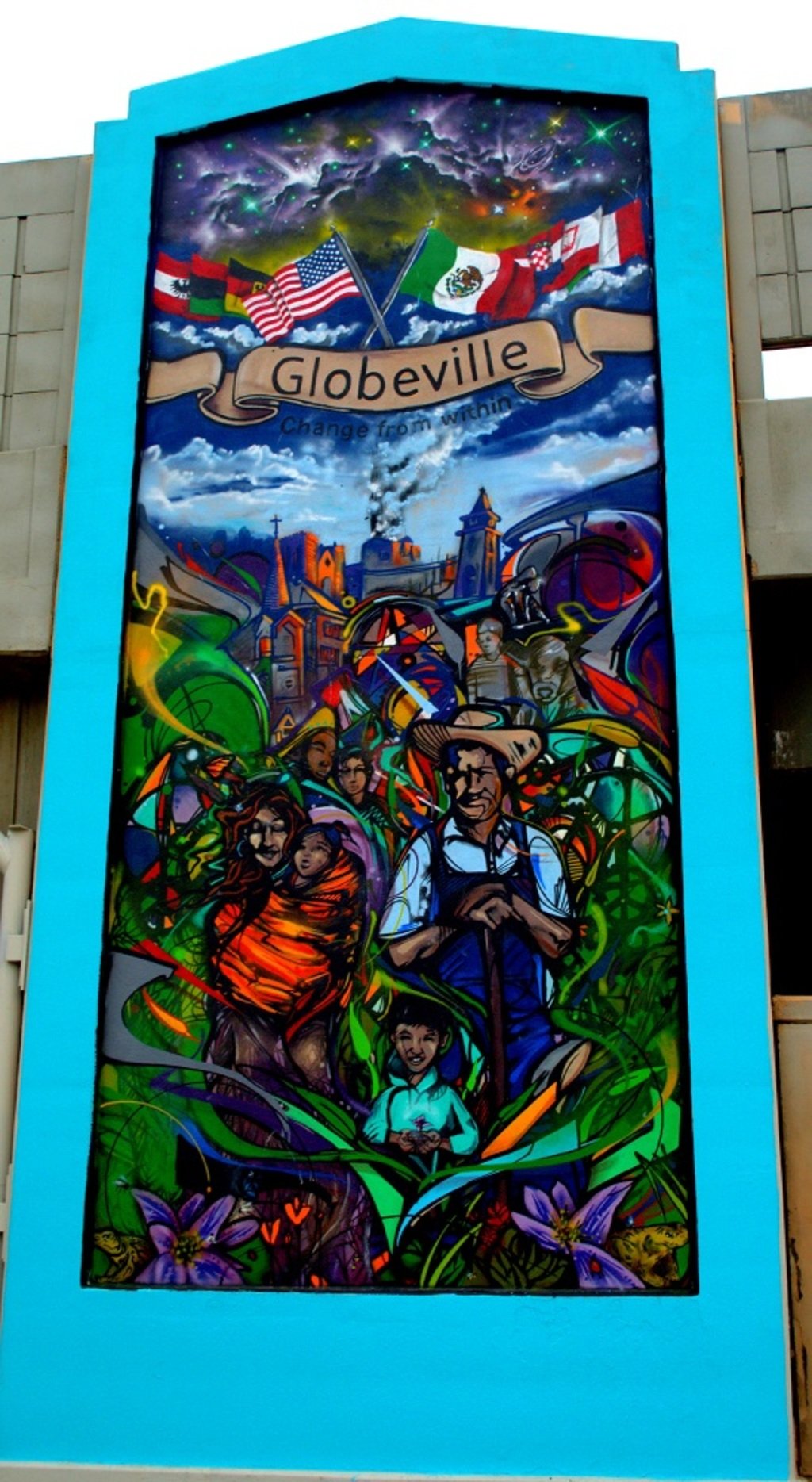 Jolt worked with youth organization Artlab on the brilliant Globeville project entitled “Change from Within.” Anthony Garcia ‘s mural in collaboration with Birdseed Collective is also part of this enormous street-art spot found on C-Dot property on Lincoln and 46th.Jolt and Garcia explained to Fa’Al Ali in the brilliant documentary:

“It’s about positive messages, understanding diversity and the challenges that built this neighborhood. It symbolizes a new beginning for Globeville.”

Brenda Cleary, who is the mind behind the Denver Queen City of the Plains Lift High mural that I’ve been raving about (mystery solved, thanks UAF), explained most poignantly her work with inner-city youth in the argument over “graffiti” versus “street-art”.

Cleary believes the problem is the inclusion, or lack of inclusion, many youth feel in the community. For those who come from hard family lives or hard neighborhoods, graffiti of any form is a way to say “I exist. I am here”. It is a way for someone who feels excluded from society to put their mark on the world. And her goal, along with the goal of UAF and all the artists who participate, is to tell these kids that there is another way. It is through inclusive, sanctioned street art and positive forms of self-expression. On a daily basis, Cleary inspires those with no other artistic outlet.

Bimmer Torres is another master artist in the UAF program. He created two murals this year, the one pictured below with the help of Jolt and many other artists at Swansea Park at 46th and Clayton in Globeville. The mural represents the awakening of the mind to the community but also to the world. It symbolizes a positive change for the neighborhood. Signatures of all those who took part in the beautiful piece are lined up on the wall, like autographs telling Denver, “I exist. This is my home. I have an artistic vision and I have a voice.”

Follow 303 Magazine on Instagram for more Urban Contemporary Art painted by these and many more artists in Denver.