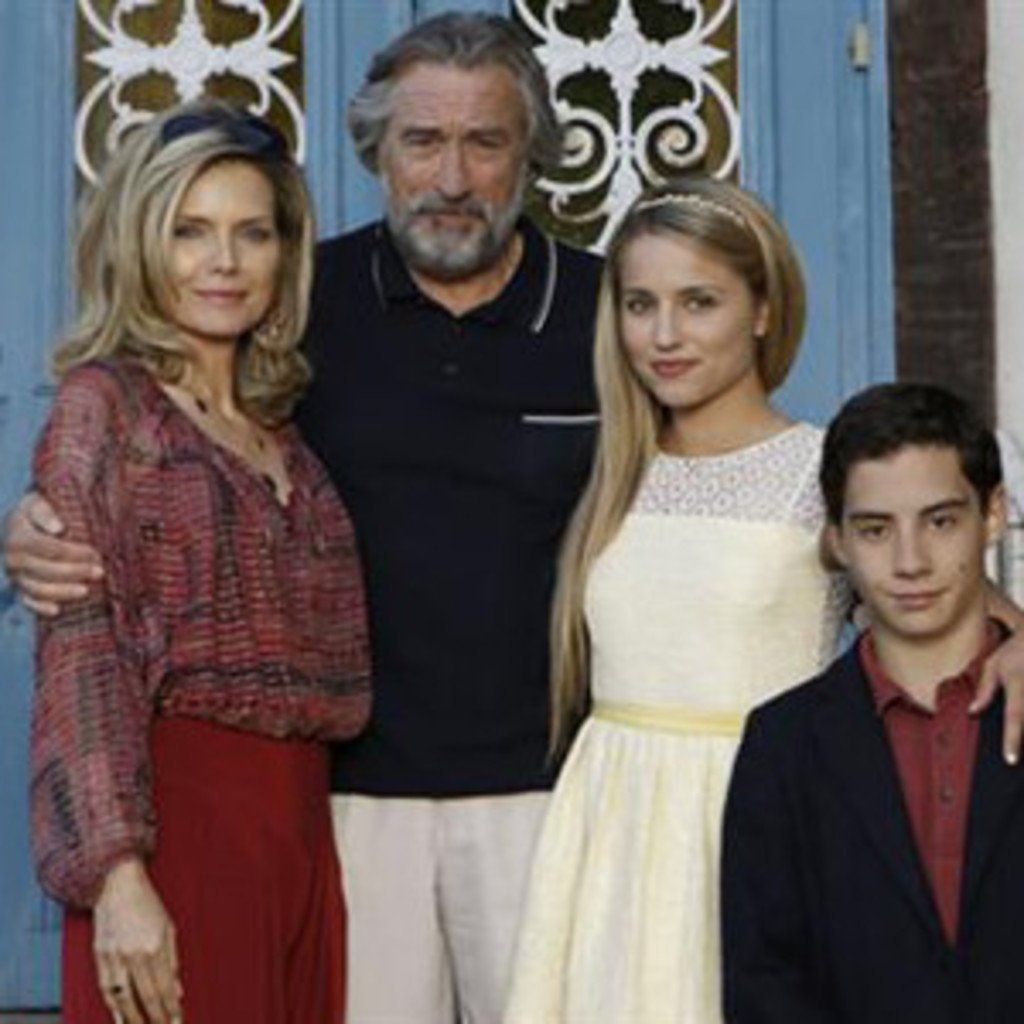 Take a good look at the picture of the smiling titular Family. Nice, clean cut looking bunch, right? Wrong. They’re all criminal sociopaths that we are supposed to care about or at least be entertained by for 110 minutes. Let me save you some time – you will neither give a crap about these poorly written, one-note characters nor be even remotely entertained by them. Well, unless you find absurd violence amusing in that Funniest Home Videos-way.

Let’s go into the “plot” of this “movie” – the Manzonis have been in Witness Relocation for 6 years because Dad (Robert DeNiro) ratted out a bunch of his mobster pals, putting a major kingpin in the slammer. That kingpin spends years trying to hunt him down, luckily for him and 65-yr old hitman there is a fantastic bit of coincidence which tips them off that the Manzonis are hiding out in Normandy, France. Mom (Michelle Pfeiffer) is not happy about all of the moving they have to do as Dad keeps blowing their covers. She’s no saint as she tends to blow up shops when she gets attitude from the natives. The kids are cutthroat Mafia kids in training, using the high school as their training ground to learn cons and intimidation. Sister (Dianna Agron, Glee) is a super-cute blonde who is vicious and out to fall in love, clearly not with the local boys though. Her sights are set on a college-age teacher’s assistant. The little brother is a smarmy, super-intelligent criminal who magically has the whole high school in his pocket through his clever scheming. Oh did I tell you that NONE of them speak French? No worries, ALL of the French people speak English fluently and without any complaints either. Needless to say, the mafia finds them, a big shoot-out occurs and all kinds of local French people get killed for no reason other than their unfortunate location next to the sociopaths from Jersey. Or is it New York? You know what, let’s just say they are from Mafialand. Ugh.

The actors, especially DeNiro, are horrible across the board. I was kinda excited to see Pfeiffer but like DeNiro she phones it in. The kids are grating and terrible too. Director Luc Besson (Fifth Element, LEON) is clearly out-of-ideas. A quick glance at his imdb page will show you that it’s all been downhill for years in his filmography which is riddled with sequel after sequel. Besson is French, so he clearly thought he had an interesting idea by taking mobsters and setting them in France, the ol’ fish-out-of-water. It’s just too bad that everything in the movie fails miserably to live up to the clever idea. Tommy Lee Jones is in this movie too playing the gruff, old asshole, like he ALWAYS does these days. There’s just no end to the horrible things in this movie. The only reason it gets one star is the family dog is sorta funny and I chuckled as the movie resurrects a running gag of the different uses of the F-word. Stay away from this movie.

As a culture, we need to tell ourselves better stories. 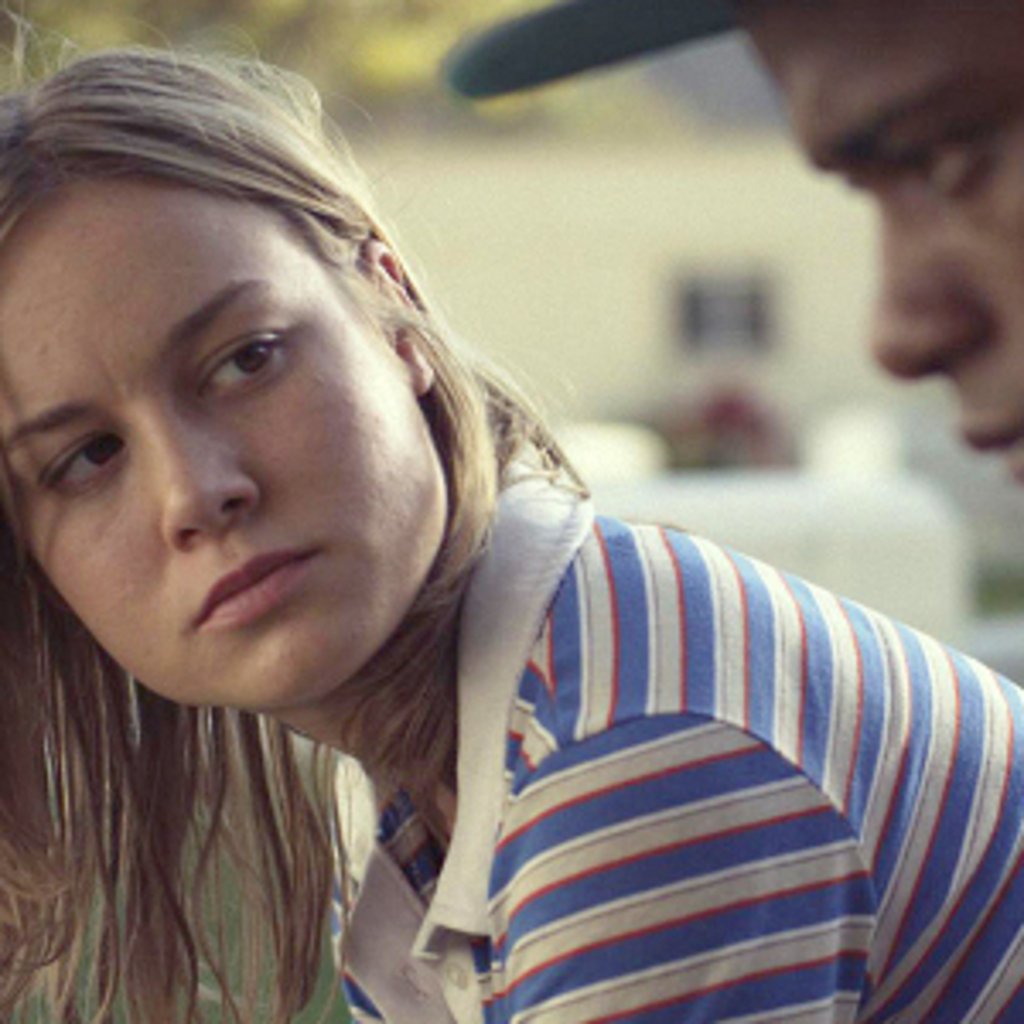 Short Term 12 opens at the Mayan this weekend for what should be a nice run. Reviews of the film have been fairly glowing and with a 7.8 rating on imdb one could go into this with some faith in crowd-sourcing, since your intrepid reviewer messed up & didn’t see it ahead of time. Brie Larson plays a counselor at a youth-at-risk center in this intense indie drama. I am gonna go gladly plunked down my hard earned money to see it this weekend, you should too.

Paradise: Faith opens at the SIE Film Center. It is the second film in Austrian director Ulrich Seidl’s Paradise trilogy. The first one Paradise: Love was a visit to the Kenyan sex trade by a 50ish Austrian woman. This one focuses on a 50ish religious Viennese woman starts to have her faith challenged. Seidl’s films are fascinating and very polarizing.

Insidious 2: The Next Chapter the sequel to the popular horror movie Insidious. I am sure if you dug the first one then you will be checking this one out too. I am not a huge horror fan although I did really enjoy director James Wan’s early film this year The Conjuring.