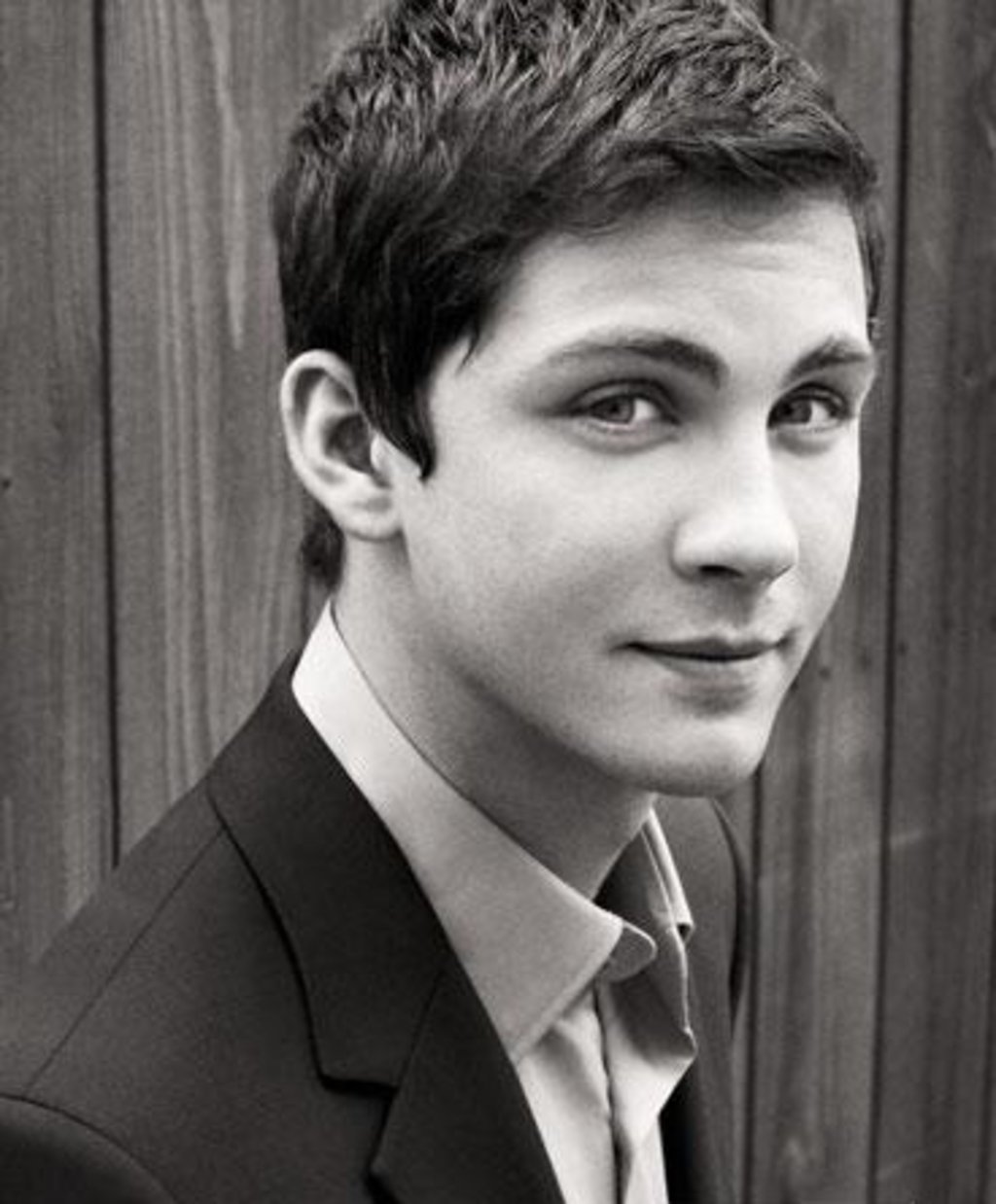 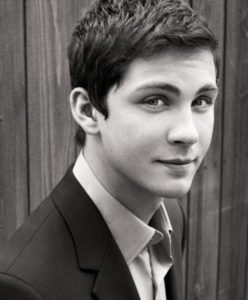 This week, Logan Lerman makes another splash on the big screen, starring as Percy Jackson, the demigod son of Poseidon in the highly anticipated sequel to Rick Riordan’s best-selling series, Percy Jackson: Sea of Monsters. But this time around, things have completely changed for the title character at Camp Half Blood.

“With Sea of Monsters,” says Lerman, “Percy is still at camp, but he’s no longer the hero. He’s been one-upped by another demigod and is filled with self doubt. So, he’s really trying to figure out whether he’s good enough to be a hero again.”

As the follow up to 2010’s The Lightning Thief, Sea of Monsters ups the ante with bigger action, bigger monsters, bigger special effects, and a bigger cast. Directed by Thor Freudenthal (Diary of a Wimpy Kid), the film sends Percy and his friends on a quest for the Golden Fleece to help revive the magical tree that protects their home.

For Lerman, Percy Jackson represents the role of a lifetime – the culmination of years and years of hard work and focus. Much like the demigod he portrays in Sea of Monsters, the 21 year old actor can relate to all those feelings of self-doubt.

Says Lerman, “You just never know when your career could end. You don’t know what’s going to happen a year from now or what your options are going to be. That uncertainty makes me nervous, but it also fuels me to do the best I can with what is offered or what has been presented.” 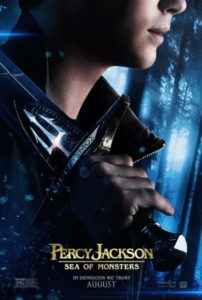 Born in Beverly Hills to a family of orthotists, Lerman demonstrated at an early age that acting was in his blood. At the age of four, he had an agent, booked a handful of commercials, and landed a role opposite Mel Gibson in the revolutionary war drama, The Patriot. After which, he continued with many supporting roles that included Drew Barrymore’s son in Riding in Cars with Boys, a young Mel Gibson in What Women Want, and a young Ashton Kutcher in The Butterfly Effect.

Then, in 2004, he landed the leading role in a made for TV drama based on the John Grisham novel, “A Painted House,” about a family of cotton farmers struggling to keep their home. The role would earn him his first Young Artist Award (2004). His second and third would come with stand out roles in the short-lived TV series, “Jack & Bobby” (2004), where he played Robert “Bobby” McCallister, future President of the United States, and the leader of a group of children attempting to save an owl habitat in the feature comedy, Hoot (2006).

From thrillers (The Number 23) to westerns (3:10 to Yuma) to comedies (My One and Only), Lerman has shown great range in his early career. Most noticeably as Charlie, the introverted freshman who is taken under the wing by two seniors (Emma Watson and Ezra Miller) in Stephen Chbosky’s underrated charmer, The Perks of Being a Wallflower.

Far from an overnight sensation, Logan Lerman is humble, hard working, and present minded. Coming-of-age in a great big way, he now has the powers of Poseidon by his side.

You started at such an early age. How did you convince your parents to take you around to auditions? 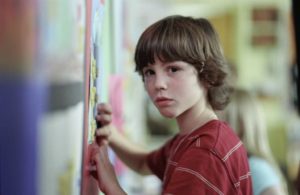 I don’t even know! (Laughs). I was so young. I just remember wanting to do it, I tried it out, enjoyed it, and was working with my mom. She took me around to auditions, helped me work, and acted as my guardian on these long trips to do films. I owe it all to her.

Was there ever a point when you realized you could make a living as an actor?

It’s interesting. I’m always doubtful because you never know when your career could end. You don’t know what’s going to happen a year from now or what your options are going to be. That uncertainty makes me nervous, but it also fuels me to do the best I can with what is offered or what has been presented.

I guess the point where I said, screw it, I’m going to do this full time was really my decision to do the first Percy Jackson film. It was either the film or go to college (film school). And I decided I’m going to do this film, it’s going to take a year of my life, and hopefully, I’ll do more films and make it into a career. But I’ll use it as a hands-on, film school and take every day on set as a learning experience.

Who or what films influenced you the most growing up?

There were a ton of films that influenced me. I remember the first big one in the theater was Eternal Sunshine of the Spotless Mind. When that came out, it really affected me in terms of great performances and a great story. I couldn’t get it out of my head. And I remember being very jealous of it because I really admired the film and wanted to make great movies just like that.

Other influential films that I discovered later at home were films like American Beauty, Fight Club, etc.

The Lightning Thief was more of an origin story, a discovery film for Percy. It ended with Percy as the hero; he’s at camp with his peers and everything is great. But now, with Sea of Monsters, Percy is still at camp, but he’s no longer the hero. He’s been one-upped by another demigod and is filled with self doubt. So, he’s really trying to figure out whether he’s good enough to be a hero again.

With a sequel, you have some familiarity with cast/crew, familiarity with your character, and performing special effects. Are sequels easier to film than the originals? Or with this one, did you feel more pressure to be bigger and better than the first?

I didn’t really feel that pressure. I signed on for three pictures and just got the call that they were going to make it. They handed me the script, said fly here, and we’re going to start shooting. So, I just looked at the material and started to work off what was given to me and have it make sense. It was really the creative side, the director and producers, that took the bulk of the pressure to do it at a faster pace, make the action bigger, create higher stakes for the characters, and everything.

Chris Columbus directed the first. Thor Freudenthal did Monsters. How are their styles of directing different?

They are very different directors. But I think the biggest difference is that Thor is very fast paced in terms of his storytelling, moving from scene to scene. I mean, once this movie starts, it never slows down.

Favorite moment from the making of Sea of Monsters?

There were so many, but I’d have to say all the action scenes were my favorite. Being on wires and playing with swords all day is a lot of fun. It’s always a good time (laughs).

In real life, if you could possess only one of Percy’s demigod powers, what would it be and why?

You’re signed on for 3 Percy Jackson films. And of course, there are 5 in the Olympians’ series. Do you know if they plan to wrap things up as a trilogy and compress the last 3 books into one? Or will they stay true to The Titan’s Curse?

I really don’t know. I think they’re just taking it one film at a time and are going to see how successful this film is and then take it from there.

You’ve described yourself as an avid student of film. What’s the most valuable lesson you’ve learned from the filmmakers you’ve worked with?

On a film like Percy Jackson or any film where you’re working with a studio and have a lot of cooks in the kitchen, I think it’s all about compromise. Being able to tell the story you want to tell, while also being very careful in choosing your battles.

Will you ever go behind the camera yourself?

I’d like to. That would be a dream. The timing of when I’ll do it is up in the air though because I’m currently very passionate and focused on my acting right now. But I would love to get behind the camera as a producer or director one day for sure. Filmmaking has and always will be a lifelong passion of mine.