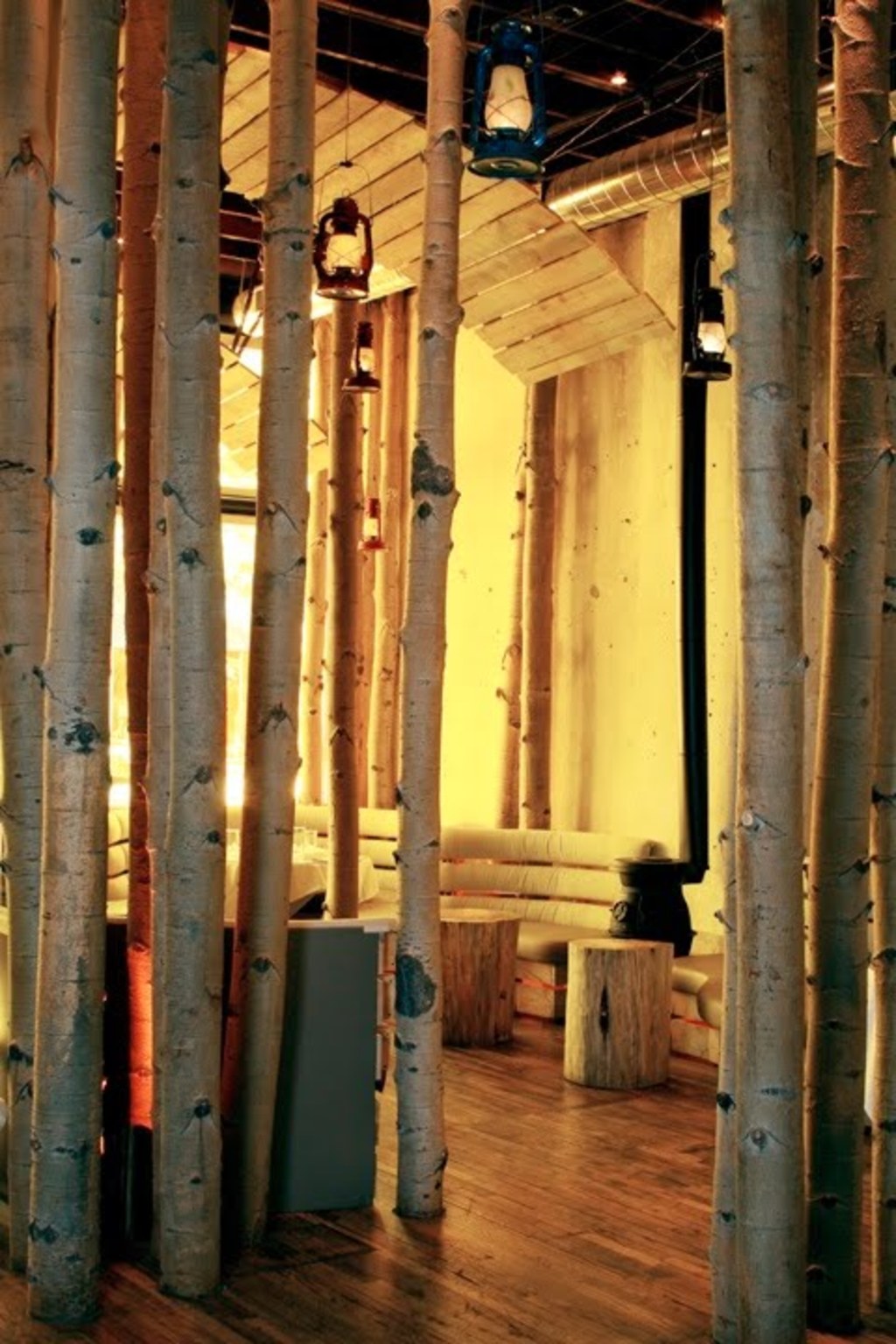 The Morning After: Woodsey Wonderland at Beatrice and Woodsley

Don’t Miss: Wake up early and head down for brunch to try out their unique morning cocktails list.

South Broadway is known for it’s gritty hipster appeal. Tattoo parlors and S&M shops are strewn about with funky thrift shops, antique stores and cozy pubs. Needless to say, it’s surprising that off of 38 South Broadway through an unmarked door lies a woodsy wonderland at Beatrice & Woodsley. The décor resembles an “Alice and Wonderland” theme with lanterns strung from the ceiling and Aspen trees in the center of the space. The booths are actually couches with a table making for a roomy and comfortable space. If you have a fling that is meeting your friends for the first time, or you are looking for somewhere to go to brunch after your first sleepover as a couple, this is the perfect place. 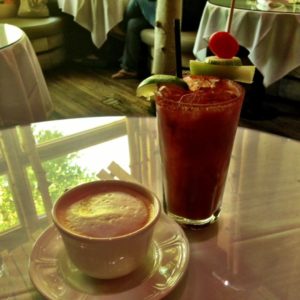 The restaurant’s “Morning ‘Tails & Bubbly” menu features an array of morning cocktails. Some were quite obvious, like the Bloody Mary, and some were not so obvious. Their Speedy Gonzales was not for the faint of heart, served in a mug with Cinnamon insured El Ultimo Tequila, Kamora, and Espresso with cinnamon foam. While I wasn’t feeling adventurous on this particular morning, due to having a little too much fun the night before, I stuck with my usual Bloody Mary.

Made with vodka, tomato juice and Southern Treatment, this drink was the perfect start to an eclectic brunch. They had non-alcoholic choices as well. My boyfriend opted for the cinnamon latte. It was sweet and tasty, making an entrance for the sweet appetizers that were on their way.

For starters, we ordered the morbidly titled yet totally delicious Monkey Brains. For those of you who have never had Monkey Brains before, they are cinnamon rolls made with gooey cinnamon sauce and walnuts. Sure they resemble brains but are utterly delicious. Beatrice & Woodsley’s version did not disappoint. They went all out on the sauce and walnuts, leaving us completely satisfied and ready for round two: entrees.

Beatrice & Woodsley’s entrée selection was the perfect blend of traditional brunch choices and diverse presentations. I decided on the Barkin’ Dogs Breakfast. A Spanish Omelet served with corn-cheddar fritters, I was elated to find that their tomato fondue was served on the side as a dipping option for the fritters. (For those of you following my articles, you know how much I love dip. See here). With a side of their hearty breakfas 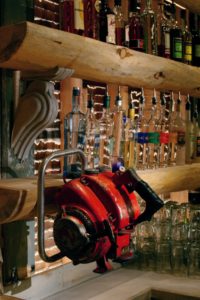 My guy got the Braised Lamb and Egg Sandwich. While it seems like lamb for breakfast was a daring choice, this sandwich was hearty without too much of a gamey taste or feel to it. Braised with paprika, hot peppers and onion, it was served on brioche style bread with arugula, sunny eggs and chips. It was a great blend of breakfast and lunch, which is what brunch is all about, right? He also made the executive choice to get a side of their spicy p’taters. Probably unnecessary given how filling the sandwich was, but the p’taters were very flavorful with onions and pickled peppers. Plus, there was more for us to share, which is always a good thing.

With their unique décor and appetizing menu, it’s easy to see why Beatrice and Woodsley was named “Top 10 Brunch Spots” by Bon Appetit Magazine. While our entire meal was on the expensive side, this is also a dating recommendation so if your relationship is heading down the right track it’s worth the price. Plus, your friends will be so amazed with the inside of the restaurant, that they won’t bother with the usual 20 questions that new couples have to endure. That is a reason in itself to check out Beatrice & Woodsley.