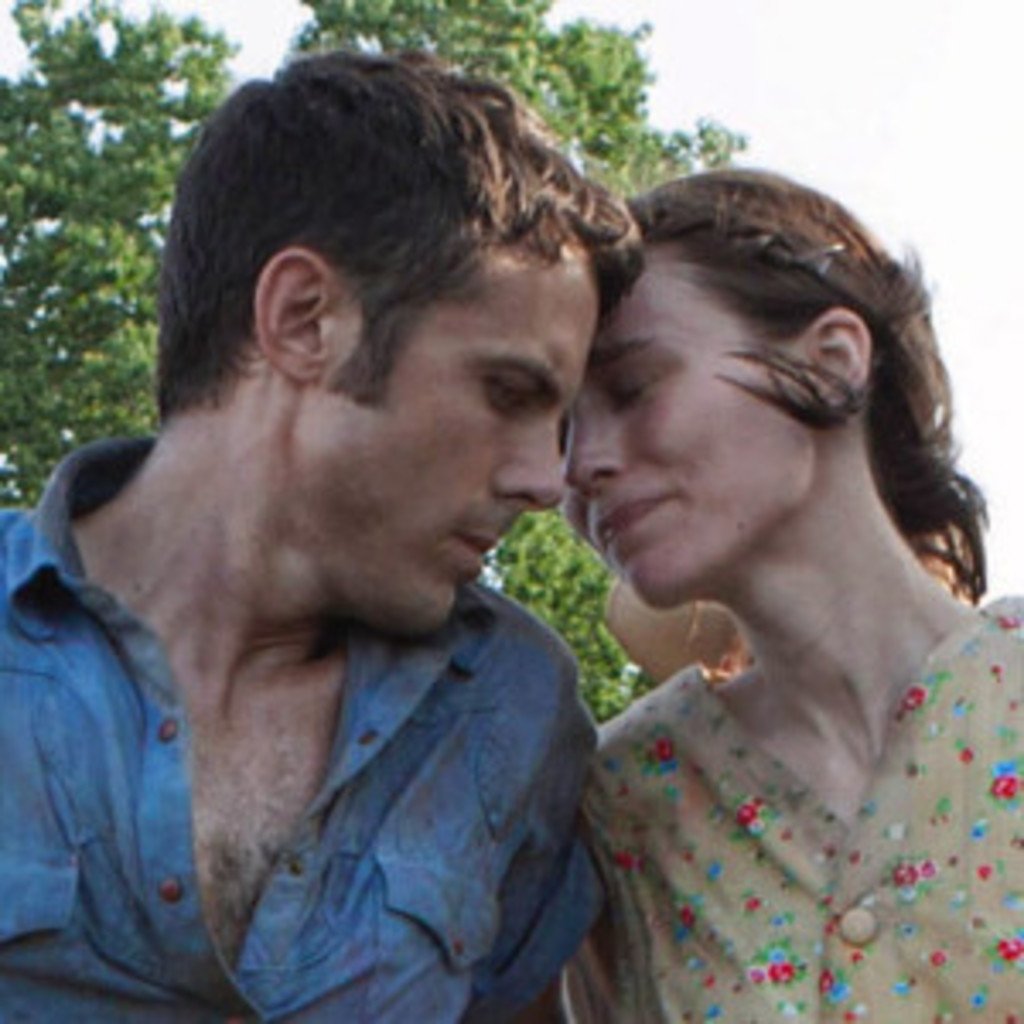 Ain’t The Bodies Saints is the powerful Sundance hit about two small-time criminal lovers – Bob (Casey Affleck) and Ruth (Rooney Mara) split up after a shootout goes wrong.  Saints looks and feels like it takes place in the 30’s, 40’s or 50’s, not specifically the early 70’s in Texas. This distinctively “lived-in” feel gives the movie a mythical edge, like it’s an old cover song that Bob Dylan sang. It features no disco clothes or shiny, new muscle cars from Detroit.  Bob takes the rap for Ruth in the shootout since she’s pregnant. Bob goes to jail while Ruth raises their lovely little girl. She eventually starts to fall Patrick (Ben Foster), the cop she shot. Bob passes the time in jail writing letters, which seems positively archaic in this day and age. He vows to her that he will escape and come for her & their daughter, but will it be too late? Saints was written and directed by David Lowery, an independent film jack-of-all-trades who edited Upstream Color and wrote Pit Stop, which along with Saints all debuted at Sundance this year. Bradford Young’s amazing cinematography and Daniel Hart’s evocative score add depth and emotion to the film, raising it to another level. Lowery is a director to keep your eye on. 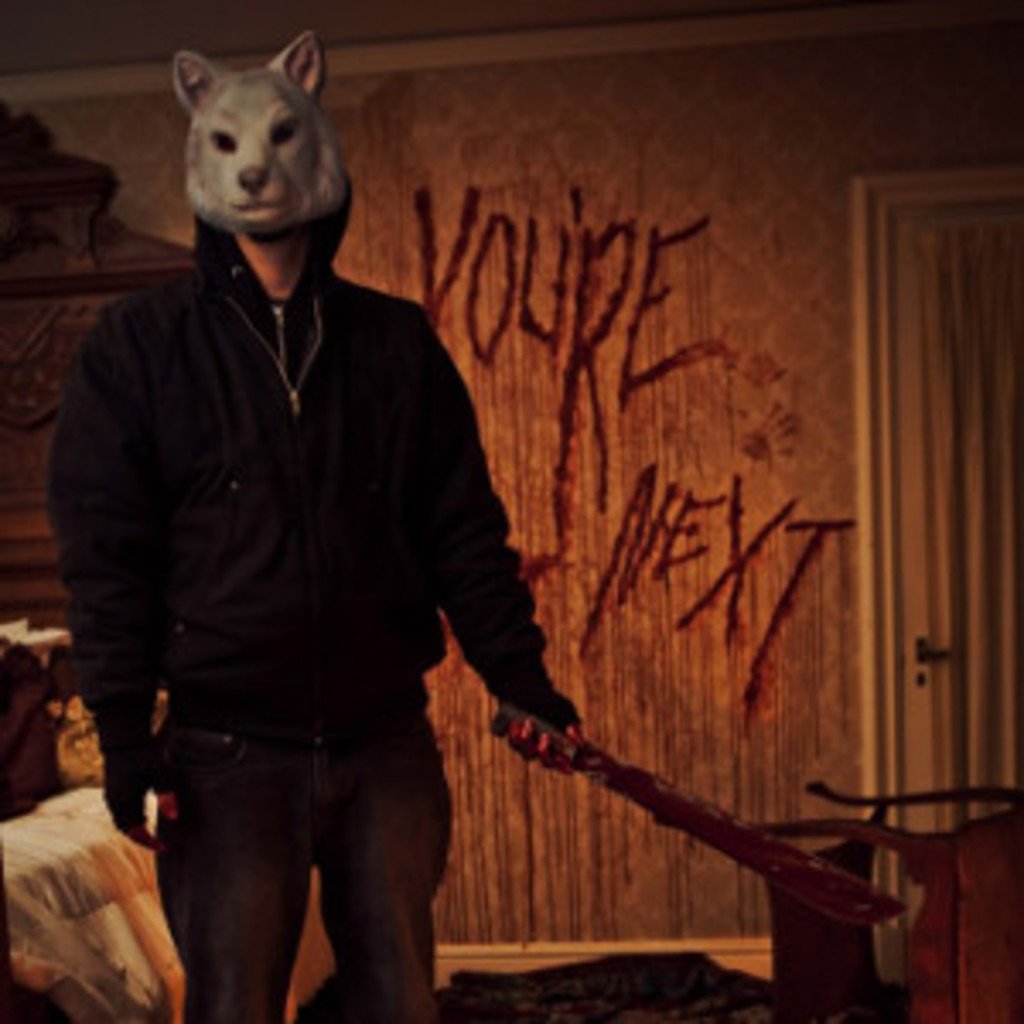 You’re Next is the new hipster horror movie that aims to be the Scream of the Millennial generation, complete with scary masks. The Davison family is gathering to celebrate the anniversary of their parents. To celebrate the family gathers in their vacation getaway mansion. Unfortunately they did not plan on  masked ax-wielding killers waiting for them. You’re Next wastes no time in diving right into the gore splatter fest as bodies start dropping as the tension escalates with every noise in the house. The Davison family struggles big-time to fend off the attackers but thankfully one of the son’s girlfriend Erin (Sharni Vinson) grew up in a survivalist colony. Erin rallies the remaining members of the family to fight back and boy does she ever fight back. As she begins to pick off the masked men, Erin learns a dark secret that takes things up several notches. Director Adam Wingard and screenwriter Simon Barrett add loads of humor and healthy splashes of blood to the well-worn house invasion movie. A veritable who’s-who of indie filmmakers and actors star in the movie – Joe Swanberg, Ti West, AJ Bowen, Larry Fesenden and the lovely Kate Lyn Sheil are just a few. You’re Next is easily one of the best horror movies of the year so far right next to The Conjuring. 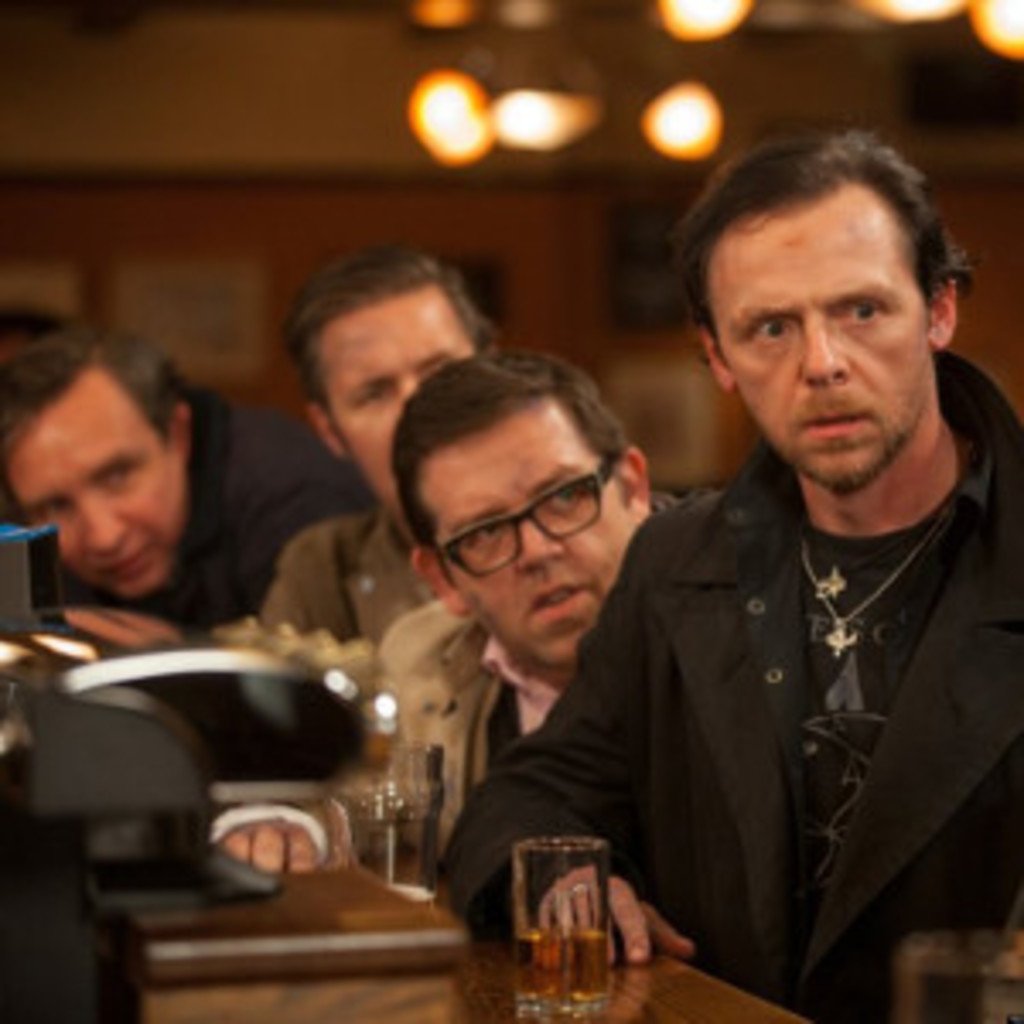 Five friends have reluctantly reunited in The World’s End to attempt to complete the legendary pub crawl in their hometown in England. They are all convinced by Gary King (Simon Pegg), the chain-smoking, eternally adolescent bad boy who thinks if they can complete the 10 pub maybe he can turn around his 20-year bad luck streak. He sneaks out of rehab to cajole Andy (Nick Frost), Oliver (Martin Freeman), Steven (Paddy Considine) and Peter (Eddie Marsden) to finish the crawl this time. A funny thing happens along the way – they discover that their hometown is filled with aliens living in a Stepford Wives world. Now they have to save the world while they down pints of lager, who said you could never go home again?  The World’s End  is the final installment in the “Cornetto Trilogy” (Shaun of the Dead and Hot Fuzz) featuring Pegg & Frost and directed by Edgar Wright (Scott Pilgrim vs. The World).  The movie is loaded with humor and gore, a theme for this week’s movies, yet seems to be a stuffed to the gills. It runs out of steam towards the end as all of the story-lines converge. As they say, endings are tough. That said, it is a highly enjoyable movie that will leave fans panting for another trilogy. Move over Star Wars.

In a World… plays at the Chez Artiste. Lake Bell wrote, directed and stars in this comedy is set in the world of voice-overs. It features loads of comedic talent such as Tig Notaro, Demetri Marin, Ken Martino, Rob Corddry, Alexandra Holden, Nick Offerman and Geena Davis!

Cutie and the Boxer plays at the Chez Artiste. It is a documentary that explores very candidly the 40-year love story of famed boxing painter Ushio Shinohara and his wife, Noriko who yearns to move out from his shadow. It is a meditation on love, sacrifice and the creative spirit. It is one of the year’s must-see documentaries.

Spark: A Burning Man Story plays at the Sie Film Center. It is a documentary about the counter-culture festival Burning Man that attracts up to 60,000 to the Black Rock Desert in Utah to create a temporary city based on artistic lines. The doc takes a peek behind the scenes of what goes into putting on this massive gathering of self-expression and community. It’s as close as you can get to Burning Man without packing a bag of drugs and heading out for some mind-expanding fun.