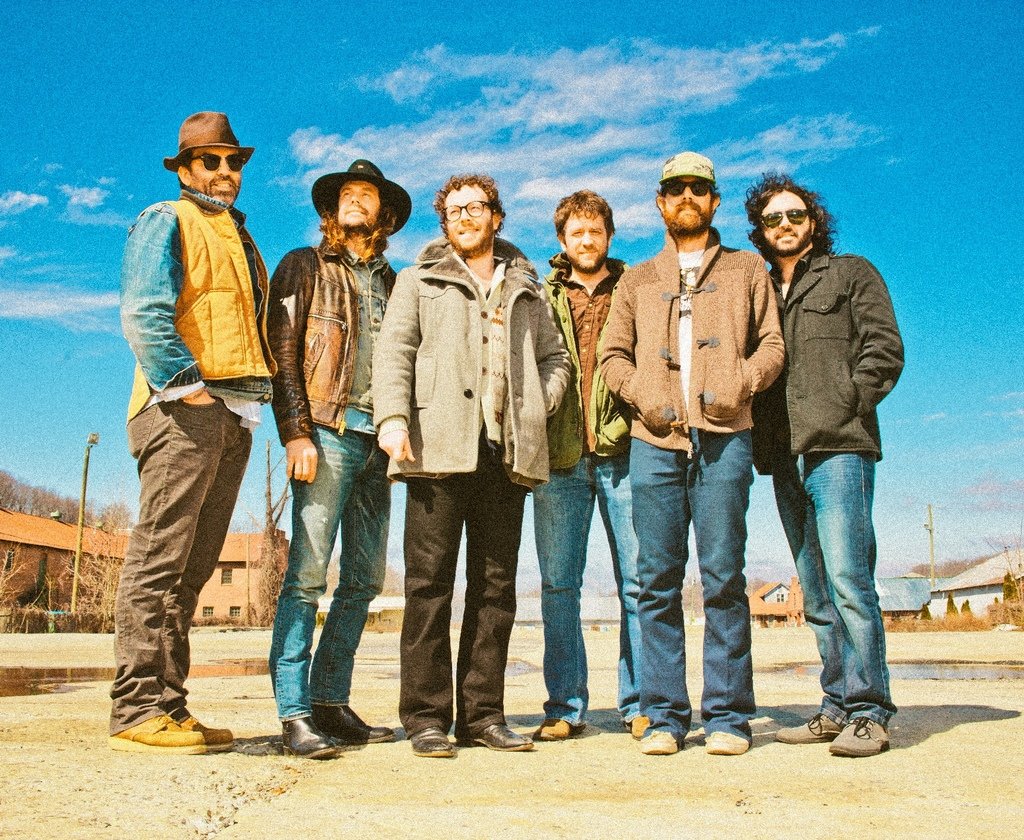 The roots-rock sextet, Truth & Salvage Co., debuted their sophomore album, “Pick Me Up”, on July 23rd and are back on the road–driving themselves, might I add–to promote the album and showcase their passion for performance. The band first gained exposure after catching the attention of Black Crowes front man, Chris Robinson, who also helped to produce their 2010 self-titled debut album. The majority of the band hail from Asheville, NC and have recently returned a bit closer to home to Nashville, TN after a long stint in Los Angeles.

After three years of songwriting and fine-tuning their craft, they emerged with a distinct sound that’s still flooded with flowing harmonies but readied for the live show. While basking in the “honeymoon stage” of this new album, I caught up with drummer Bill “Smitty” Smith on some of his precious alone time to chat about the new album, late night tour drives and the importance of a really good IPA. Our phone call felt more like catching up with a good buddy, as Smitty has a way of making you feel comfortable right off the bat—must be that southern hospitality.

Expect to see much more from Truth & Salvage Co. in the future and make sure to check out their show Friday, Aug. 9th, at Larimer Lounge at 9pm. Tickets are $15 in advance and $17 on the day of the show.

Smitty: It’s HOT. We’re in Austin, TX right now. Can you hold on one quick second? [Orders beer] Okay, so before we start, I have a question for you. How does the whole weed thing work in Colorado now that it’s legal, like can you just go into a store and buy it or do you have to have a card?

303: [Laughs]You still need a card. But it is legal to use it for recreational purposes… just not in public.

Smitty: Okay, okay. The band’s been wondering how all of that works. Okay we can go on with your questions.

303: You’re playing Larimer lounge next Friday, have you played there before?

Smitty: We’ve played Larimer like 2-3 times with The Black Crowes and we always have a really great turnout in Denver, so we like playing there.

303:Your second album just debuted in July, how have things changed since the album in 2010?

Smitty: With this record, it definitely sounds different, feels different. The way it sounds different is it sounds like us as a live band that has been touring for five years. Now that we have 5 yrs under our belt, it shows on this new record. 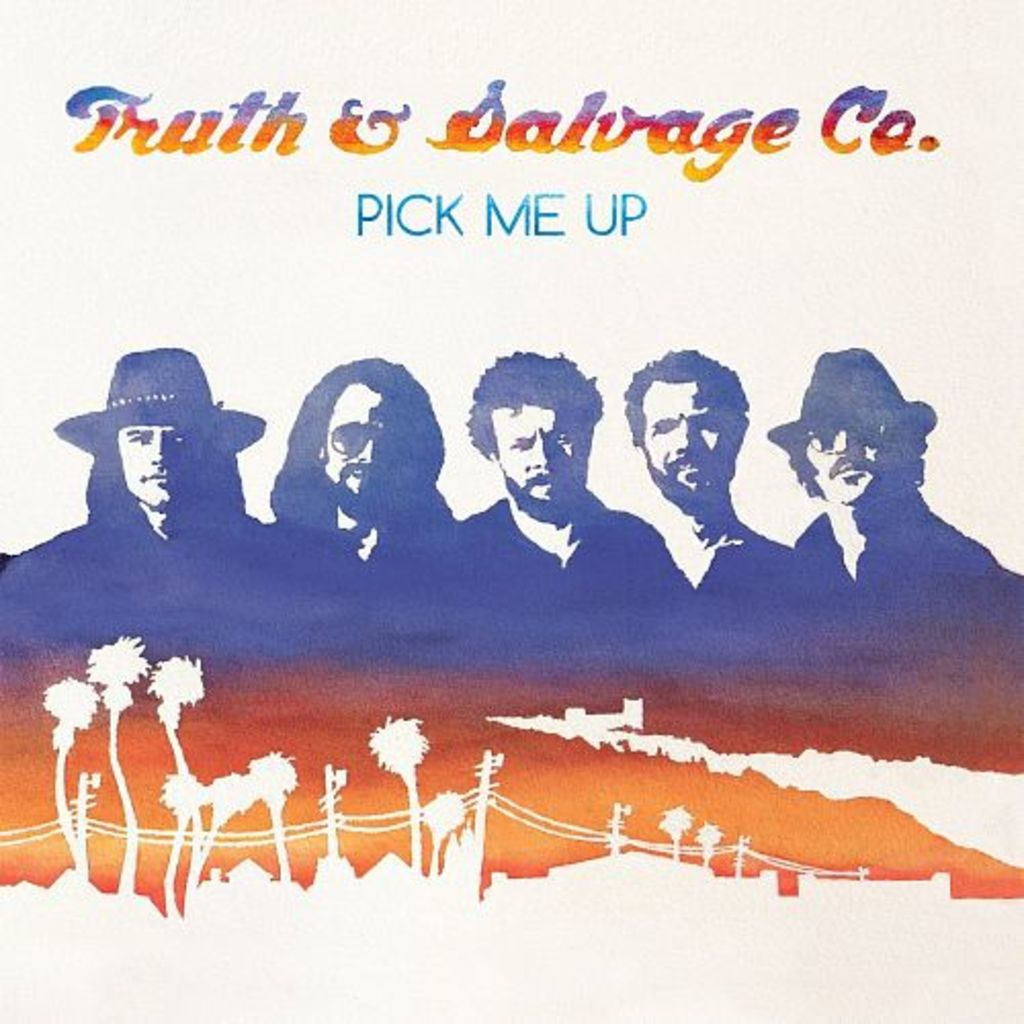 303: Speaking of songwriting, I know you have a good handful of songwriters in the band, do the lyrics just pour out and is it ever too much?

Smitty: I think it all starts with our separate writing and then we bring those ideas to the table and the band, from there tries to complete the song if it isn’t alredy completed. We’ve really learned to tailor this over the years. Like with any relationship, it takes a lot of trust, love and patience. We’ve learned to really massage the songs to get the best out of them.

303: You also have a lot of lead singers most of the time, is transitioning between four guys ever a challenge, or did it come naturally?

Smitty: It’s not necessarily an issue for any of us in the band, it’s more of an issue for the sound guy. We’re finally started travelling with a great friend of ours and he knows the band and he knows what song is next and how to tweak things for the best song. Whereas before the sound guy would have to try and figure out who was singing the song at any given time and unfortunately some of our fans didn’t get the best sound because of that. But besides that it’s great because we all get to rest our voices at one point or another.

303: I know you guys moved from LA to Nashville in April of last year, how did that impact the album?

Smitty: The songs were written before the move, but the biggest impact was that we were in Nashville, which allowed us to go to Asheville, NC, which is home for half the band. We actually recorded the album three times and we were pretty raw when we went to the studio there. And since it’s home for a lot of us, it was a really emotionally-driven album.

303: Do you miss LA at all? I’m from Florida so I understand missing the beach.

Smitty: Well Florida beaches are different than California beaches. California  beaches are so dang cold. I love gulf beaches, they are some of my favorite.

Smitty: To be onstage. If I’m not on stage I like to get some alone time. Walk around the city, grab a beer by myself and just relect on the tour. Touring is pretty grueling, especially the way we do it. So just to experience a cool city you’re in, like Denver?

Smitty: The late night drives. We still drive ourselves, we don’t have drivers. So getting done with a show at 2am and then having to drive somewhere else in the middle of the night is probably my least favorite thing to do.

Smitty: We’re still on the honeymoon of the sophomore release. But in five years I see the band making a good living and providing for their families and being able to do what we love to do.

303: This is my last question and it’s a serious one: I heard you order an IPA earlier and since you’re coming to beer-loving Denver, what’s your favorite?

Smitty: [Laughs] That’s a great question. A hard question, but a good one. I really like Sweetwater IPA and Lagunitas out of California and Asheville is really coming up in the beer scene.

Kayla Rae Made Perfection From Pressure