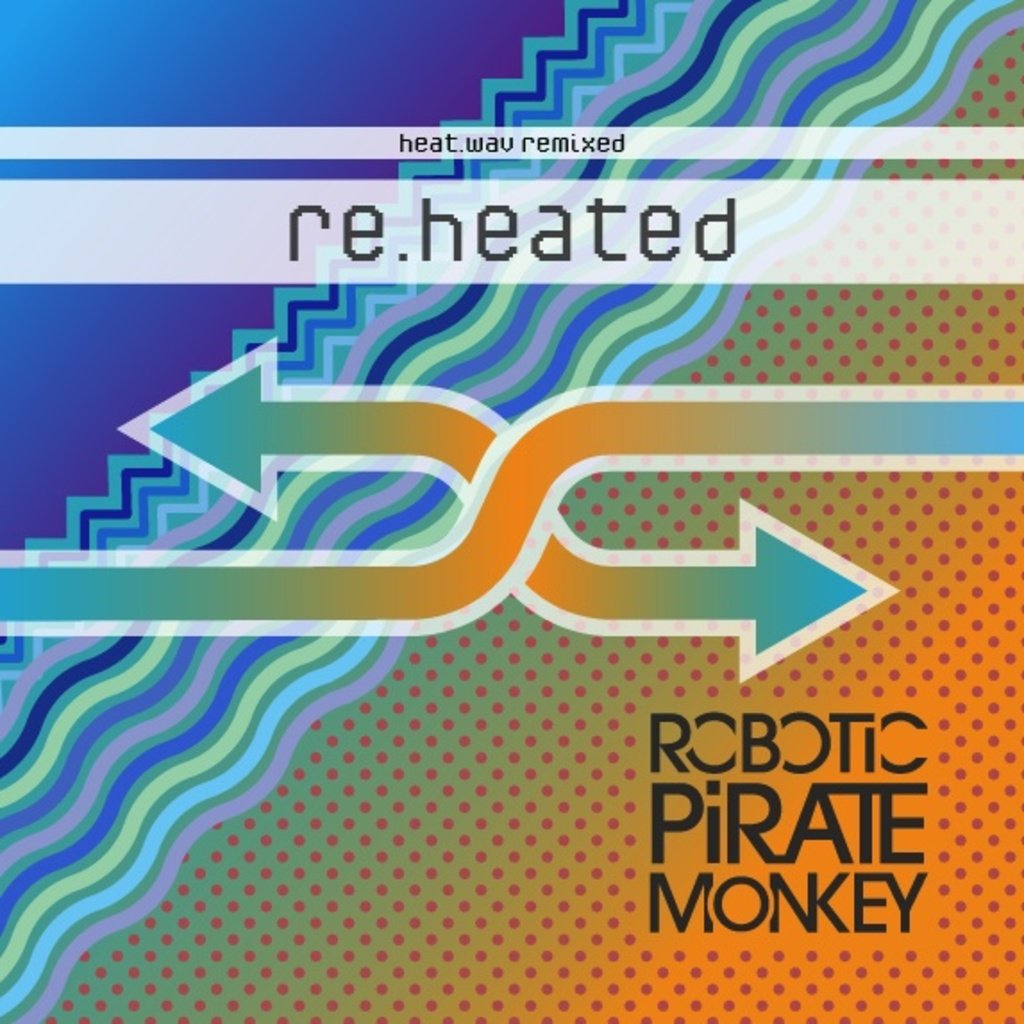 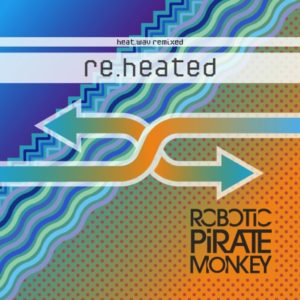 Fresh off their highly successful Booty Snatch Tour and a slew of summer music festival performances,  Matt Berryhill, Matt Flesher, and Andrew Hathaway of the Boulder-based, Robotic Pirate Monkey, add an entirely new arsenal of remixes to their distinguished catalog of music on Re.Heated (Heat.Wav Remixed).

Their 2012 EDM banger, Heat.Wav, receives well-deserved commendation and tribute from an array of dance artists like Late Night Radio, The Digital Connection, AHAB, Samples, Nexus, and one of my personal favorites on the record, M!NT (featured on “Bank On That”).

The original eight track full-length is fully transformed into a fifteen track well-oiled machine of chilled-out ambiance, wicked synth pads, and crushing dubstep drops. This remix record does exactly what it is intended to do; allowing the tracks from Robotic Pirate Monkey to shine through the interpretations and influences of artists that can not only appreciate, but build upon what Robotic Pirate Monkey started on Heat.Wav.

The opening track to the record, “Shake n Bake (Wicked Awesome Remix)”, is entirely unique, scattering the listener across many different genre perspectives – from electronica samples amalgamated with interspersed dubstep-influenced synth leads and wubs, to a hip-hop inspired rhythm. Clearly the CO-based Wicked Awesome was chosen to open the record with their remix for one reason – to captivate the listener.

“Cant Stop The Blaze (Samples Remix)” is one of the true diamonds on this goldmine of a remix record. With so much featured talent and so much future potential for each and every one of these artists – Robotic Pirate Monkey included – choosing a handful of tracks is no easy feat, but the Samples remix stood apart in more ways than one. A much grittier, raw sound takes hold of Robotic Pirate Monkey’s original “Can’t Stop The Blaze” and provokes the track to life with soft chimes, scratches, and a punchy drum-line, but never hinders Robotic Pirate Monkey’s own respective sound in any way, shape or form. The Denver-based Samples deftly applies his own unique sound and touch, bolstering this remix record for full, national take over.

The M!NT remix of Robotic Pirate Monkey’s “Bank On That” is fit for any electronic enthusiast’s playlist and especially those with a penchant for trance—me being one of those. At barely three minutes in length, “Bank On That (M!NT Remix)”, is one of the shortest tracks on the record, but M!NT makes every second count. Bright synth paves the way for an electronic slow jam that takes no backseat to any other track on the record—winding around seductive ambiance-laden female vocals, mellow drum claps, and an alluring synth lead, M!NT hones in on the emotionally intoxicating sounds of synth pads, rises, and subtle drops to keep you fixated on the smooth flow. The track ends with the appropriately placed phrase, “Bank on that”, which says it all about this Boulder group’s remix record – bank on that!

Robotic Pirate Monkey and all of the artists remixing their original record lure you in from the very first synth lead, and don’t let go until the album finally fades out with TYR’s “Burn (Remix)”. Not your average dance group and not your average remix record…Robotic Pirate Monkey are making huge strides in the EDM scene, this one just happens to be with a little help from their friends.