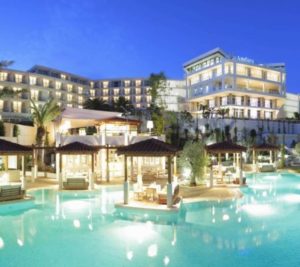 Ultra’s got the travel bug. After fifteen years of ballooning its fan base in its Miami hometown, the award-hoarding massive is now staging satellite events in Chile, Argentina, Brazil, Korea, Ibiza and Croatia. The latter is billed as Ultra Europe, and is set to take place July 12 through July 14 in the Croatian city of Split and on the apparently jaw-dropping nearby island of Hvar. Talent already secured for the festivities includes Nervo, Krewella, Art Department, Cazzette, Adventure Club, Adam Beyer, Umek, Bingo Players and Ultra mainstay Carl Cox, among others. Tickets for day three amidst the infinity pools and cascading waterfalls of Hvar’s 5 star Amfora Grand Beach are apparently hard to come by, but entrance to the other two days is still quite feasible. Dance music may have long been mainstream across the pond, but we Yanks would like to remind the world whose water had to break to facilitate its birth–Uncle Sam’s.