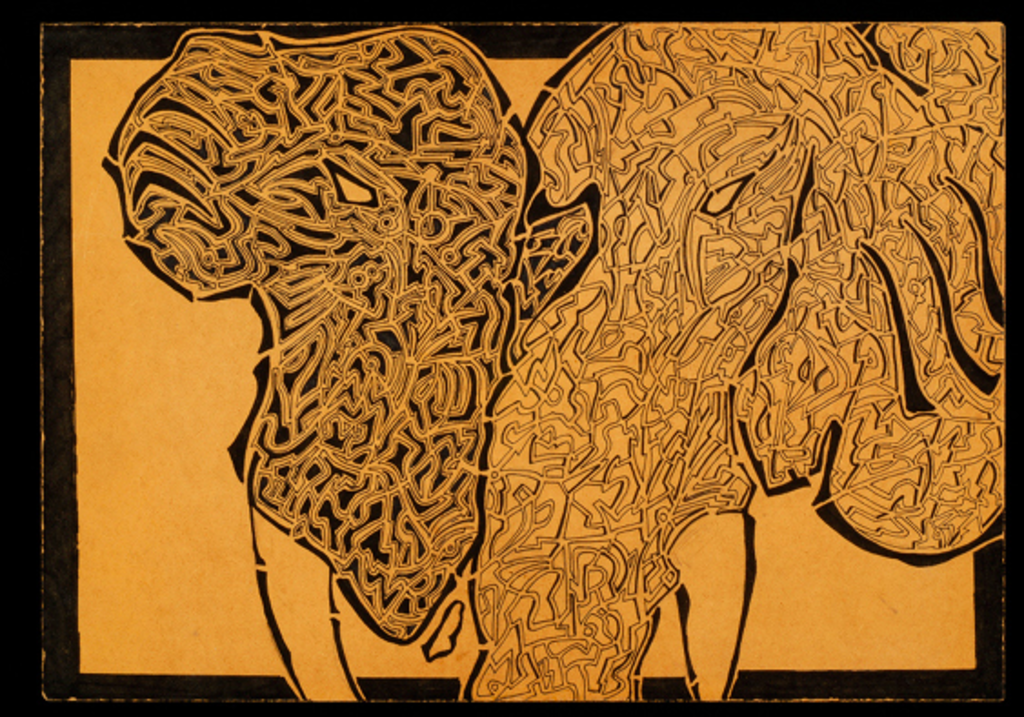 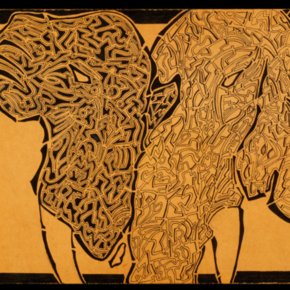 On an icy Denver evening in the dead of winter, I was welcomed into the warm and bustling home of an artist named Warren Stokes.  As his three boys sat around eating dinner, the boys’ mother—Stokes’ college sweetheart—apologized for their house not being tidy. She mentioned that they would be moving at the end of the week. Blown away by a family that would invite me into their home, at dinnertime, on moving week, immediately set the tone for the interview—these were some seriously kind people.

As Stokes and I settled onto the living room floor, we began talking about everything from his artwork to how he met the beautiful mother of his children, Shana. Stokes’ incredible passion and charisma was instantly clear. And I was hardly surprised when he mentioned his sons as his biggest source of inspiration.

Stokes has penned many children’s books and bases them off the conversations, musings and lessons that he has with his own sons. Stokes’ formal education is in Public Relations. Graduated from Colorado State University, Stokes had a passion for drawing and creating even he was a young child. But it wasn’t until the birth of his first son that he began to realize that art was his true calling.

A doodle on the back of a notebook quickly became Stokes’ trademark design. Unconsciously, Stokes had a drawn something that very closely resembled a maze. From then on, Stokes incorporated this maze-style drawing into all of his pieces of art. As drawings of elephants or geometric shapes came to life, so did the presence of these mazes. Not only do they give an incredibly intricate and unique appearance to his work, but they also serve as a shrewd metaphor for life. There are also many other themes that play out in his work, most notably the African Diaspora.

Clear that Stokes has an active and constantly churning mind, he is anything but an intellectual in an ivory tower. In fact, Stokes knows what it means to not have any place to call ‘home’. As life has ebbed and flowed, he is not afraid to admit that financially he and his family have experienced difficult times. Yet in spite of those difficulties, Stokes remains dedicated to his artwork, knowing that in the end it will be the best thing for his family.

Truly faithful to the importance of art for kids, Stokes has started a donate-a-book program that will donate children’s books of mazes to hospitals, schools and daycares. He is doing all of this in addition to his daily commitment to ‘maze-ing’ and preparing for his exhibitions in the coming months. Like his artwork, Stokes typically has many things going on at once—and in many different directions. But if he hits a dead-end, instead of giving up, this dedicated artist merely goes in a new direction until the full picture is complete. 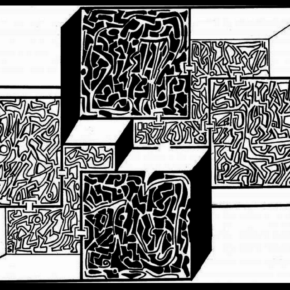 Self-taught, this talented artist is enthusiastic about improving his artistic abilities even further. As part of this, Stokes challenged himself to create a new maze everyday for a year. Doing anything everyday for a year is a challenge, particularly when it is one that relies so heavily on inspiration. Doing as many as he could, Stokes taught himself to let go. Often artists get stuck in the search for inspiration or perfection, but Stokes has trained himself to let his mind go from those worries and let his hand do the creating. While he is the first to tell you that many of those creations are not ‘good’ or that he doesn’t like them, he will also admit that he learned a lot and greatly improved as an artist from his self-challenge. He also produced some amazing ones in this time. Called ‘Maze A Day’, this was truly an intriguing insight into Stokes’ mind.

Varying in size, Stokes’ mazes are designed on a multitude of different materials. From artists’ drawing paper, to loose sheets of printer paper, to found materials, it is not unusual to find Stokes drawing on a piece of wood that once belonged to an abandoned dresser. Yes—many of Stokes’ canvases are wood or faux-wood slabs that originated from furniture. In his garage, he has a collection of scrap wood that might one day become part of his art.

Typically done in black and white—although the wood often ads another chromatic element—Stokes has recently begun experimenting with color. First only adding bits of silver to his drawings, he has begun to move into a far broader color palette. Stokes will tell you that his fear of using color had dissipated. Like so many other things, Stokes guided himself through his own maze.

There is no doubt that anyone in the art scene should keep a close eye on this up and coming artist. With some fabulous successes under his belt and a relentless dedication to improving his art everyday, this is not the last time that you will hear the name Warren Stokes. With his incredibly unique style, Stokes is carving out a niche for himself that will likely take him great places.

Be sure to check out Warren Stokes’ next scheduled show will be June 7th at 6pm with an official exhibition slideshow at 7pm. It will be held at Celebration Event Center located at 100 Santa Fe Drive North, Denver. This exhibition will focus on the work created during his yearlong ‘Maze A Day’ challenge.

For more information about Warren Stokes and to see more of his ‘maze-ing’ artwork, visit his website: Maze-ing.com.