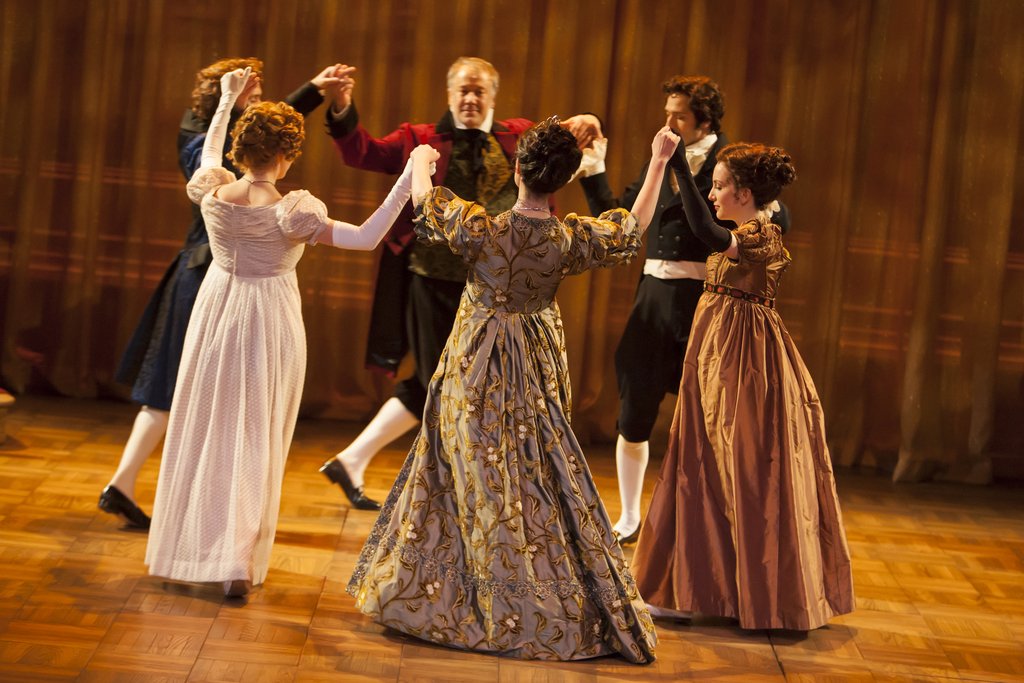 Behind the Curtain: ESosa’s Designs for ‘Sense & Sensibility The Musical’

“Choose love.” Enter into the romantic and comedic world Jane Austen invented of the Dashwood sisters: one woman who leads with her head (sense), and the other vulnerability for her heart (sensibility).

Costume designer ESosa encapsulates these antithetical personalities as they quest for love in his costuming of the Denver Center Theatre Company’s musical adaptation and world premiere of “Sense & Sensibility The Musical” running April 5 – May 26.

ESosa captures the romance of the period with 150 original costumes for the romantic comedy bringing his love of color, command of design and fearlessness to the stage just as he does the runway. 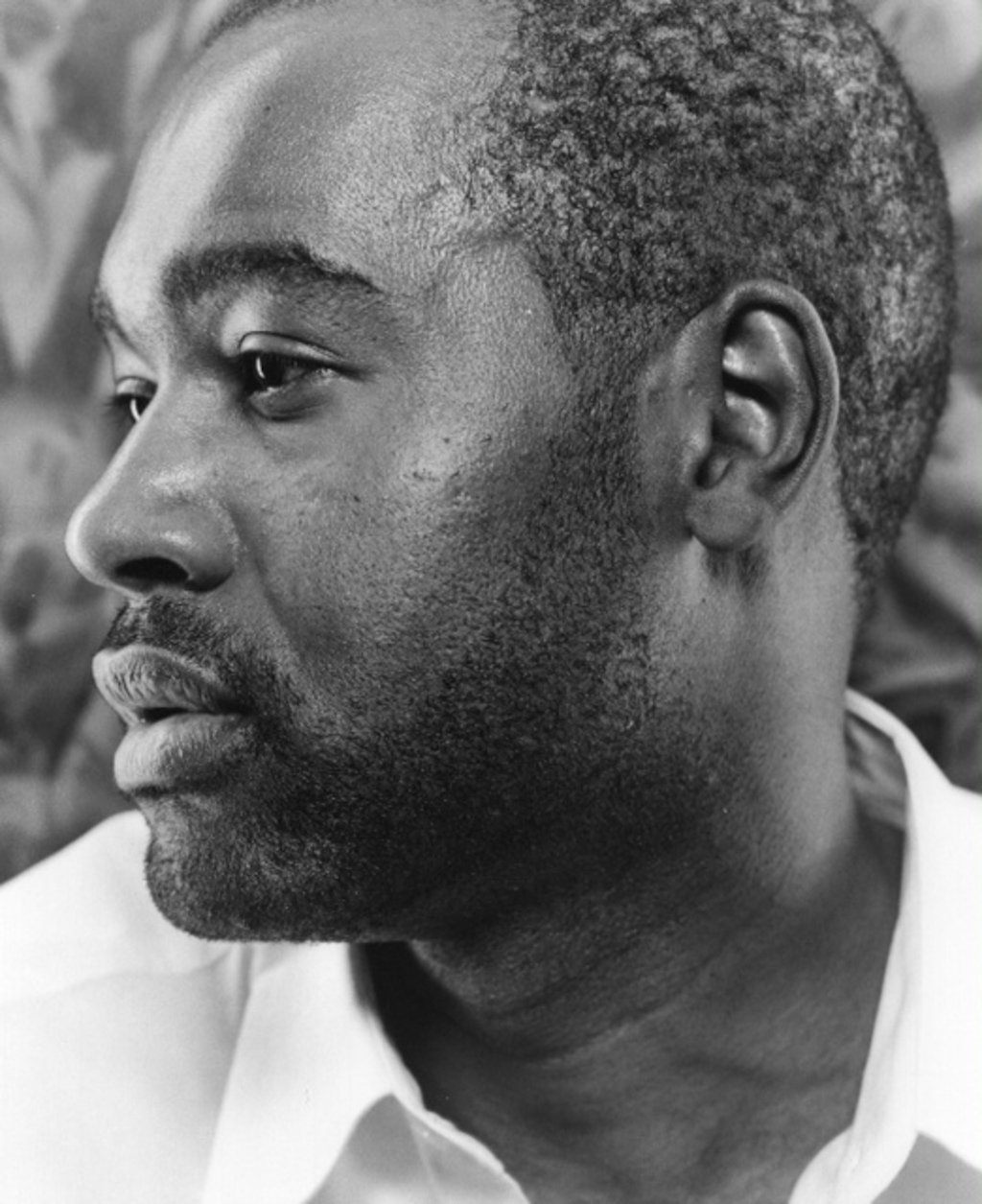 ESosa, who professed he has an identity crisis choosing between labels as fashion designer or costumier, is a national household name for being a finalist on “Project Runway” season seven.

His title is just a formality as ESosa has (very) successfully forged a lithe bridge between fashion and theatre lined with accolades (a Tony Award nod, and on- and off-Broadway credits just to name a couple). He is currently working on outfitting “Motown: The Musical” on Broadway for spring 2013.

Read 303 Magazine’s Q&A with the rising designer whose period-specific yet modernized designs Denver’s stage is lucky to feature.

303: BECAUSE YOU HAVE A FOOT IN BOTH FASHION DESIGN AND COSTUMING, HOW ARE YOUR APPROACHES TO EACH DESIGN REALM SIMILAR OR DIFFERENT?

ES: “It’s very, very similar in my thought process when I’m dressing an actor for the stage or dressing a client for the red carpet; my goal is to make them look their best … I select fabrics for theatre that I know will survive the rigors of being worn eight times a week—perspiration, and wear and tear, so that goes into the planning stages before we get to the making.”

303: IF YOU HAD TO CHOOSE, WOULD YOU OPT TO DESIGN FOR THE RUNWAY OR FOR THE STAGE?

ES: “It depends on the day of the week … I approach my fashion as I would theatre, and I approach my theatre as I would fashion … where I bring something different to the table is I can use my fashion background and influences to make the period fresher, of today. I try not to design museum pieces. I like to design clothing that people can relate to and convey a period or a time. I am very true to the silhouette of the period, but where I have a lot of freedom is in the fabric selections and colors, putting stripes and polka dots together—that’s where the fashion side of my brain works—it allows me to add a little more fashioning to theatre stuff.” 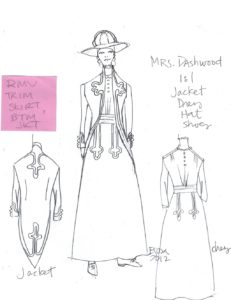 From sketch to stage. One of ESosa’s 150 costume designs for “Sense & Sensibility The Musical”
Photo Courtesy of DCPA

303: HOW DID YOU ENSURE ACCURACY IN YOUR PERIOD-SPECIFIC “SENSE & SENSIBILITY THE MUSICAL” DESIGNS?

ES: “Well, my associate Ashley is a Jane Austen fanatic, which was perfect. She knew more about the period than I did, which is great … We did a lot of online [research]… So, I immersed myself in the actuality of the period until we knew exactly what it was, I knew where the bust line was, how long the dresses were, what the men wore, what colors were relevant and factual, and then we went back and flipped it on its head and changed color combinations.”

303: WHAT ARE THE DETAILS FROM THE PERIOD YOU EMPLOYED IN YOUR DESIGNS?

303: HOW DID YOU BRING THE ROMANCE IN YOUR DESIGNS FOR THE MUSICAL?

ES: “The romance is in the details: the laces, the sheerness, the sumptuousness of the collars. Fabric is very romantic. Volume is romantic … There’s something about the richness of fabric when we see a lot of it that gives it a different period. Now, we live in a society where everything is really tight, narrow, short, so you get a sense of the body. Then, in that period, it was all about the sheerness of the bust, long sheer sleeves, so you have hints of sexuality and sensuality. It wasn’t so overt as it is now and I think that lent to the romanticism of the period.”

303: DID YOU EMPHASIZE THE PERSONALITY CONTRAST BETWEEN THE DASHWOOD SISTERS THROUGH THEIR DRESS? HOW?

ES: “Specific colors are for some characters: we have Elinor in pink; Marianne is in blue. So we worked in color palettes, so whenever you see them you can identify who they are. I’m giving you an inside peek, but color—you’ll notice that the main characters live within their color palette. Within that color palette you have sheers, stripes, print, check, but they’re all within the same color family … Also, silhouette: one is more conservative than the other … It’s like the title of the play: “Sense & Sensibility,” so one has sense and one has sensibility, so you’ll see that in the clothing as well.”

303: WERE THERE ANY CHALLENGES FOR YOU IN DESIGNING FOR “SENSE & SENSIBILITY THE MUSICAL”?

ES: “The biggest challenge, for me working on period pieces is that as humans now in 2013 we are much bigger, muscular and taller—how we’ve evolved—than people were, let’s say, a hundred years ago. So translating certain period details on a modern physical body is the most challenging, but that’s the beauty of it for me. That’s what makes it modern. You have to adapt it to people of today and still be true to the period of then. I think that’s always a challenge, how do you adapt a period where people were at least five inches shorter and only lived to be 50 at most? That was the biggest challenge.”

303: WHAT WAS IT LIKE TO WORK ALONGSIDE SUCH AN ALL-STAR GROUP OF BROADWAY VETERANS?

ES: “It’s great. Theatre people—we are a special breed. You have to love to do it. I didn’t get into theatre thinking I was going to make a million dollars in five years and I’ve been in it a long time. When you work with people of that hilt, that have the respect and the knowledge and the passion for their work, it makes the collaborative effort so much easier and enjoyable. Granted, we’re doing long, long hours, but we know we’re all working toward the same goal: to create an enjoyable piece for the audience and a satisfying evening, that you overlook the tiredness as long as the end product is worth it.”

303: DID YOU KNOW AT A YOUNG AGE THAT THEATRE WOULD BE THE PATH YOU TOOK IN YOUR DESIGN CAREER?

ES: “No, I think—and I struggle with this every day of my life—am I a fashion designer who does theatre, or am I a theatre designer who does fashion? Because I have feet in both worlds. I started my career really as a fashion designer. I fell into theatre. I always say theatre found me. I didn’t feel I chose theatre; theatre chose me and I haven’t been able to shake it since … It’s good, but it’s been a long haul. I mean I started my career 25 years ago as a shopper and I was buying buttons and threads and sweeping the shop floor at the end of the night—that’s how I started when I was 21 years old. It’s been a long haul, but I realize if you set your mind to a goal, and you honor that goal, good things will come.”

ES: “This is a very unique project and it’s great that it’s happening somewhere like Denver because theatre is for everyone. Theatre is not just New York and Los Angeles. Theatre is universal for everyone everywhere to enjoy, so to be premiering a work of such caliber in Denver really excites me and I’m looking forward to it.”