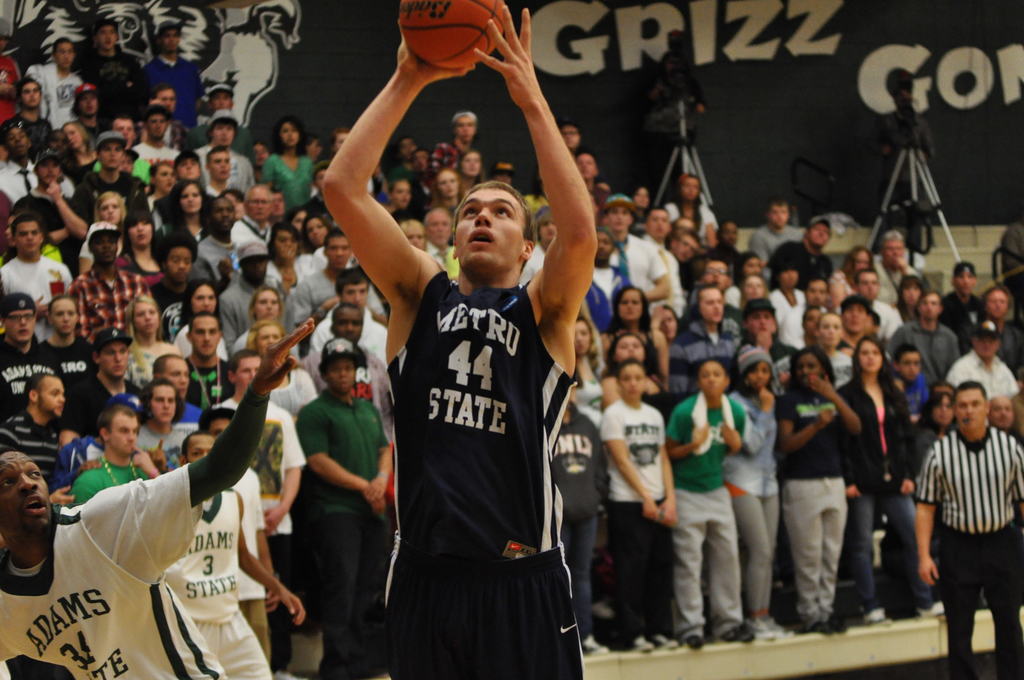 Metro State Basketball is a hot ticket these days, just ask Denver Nuggets All-Stars Kenneth Faried and Ty Lawson. The two have been spotted watching the Roadrunners on separate occasions and you’d better believe they know quality ball when they see it. 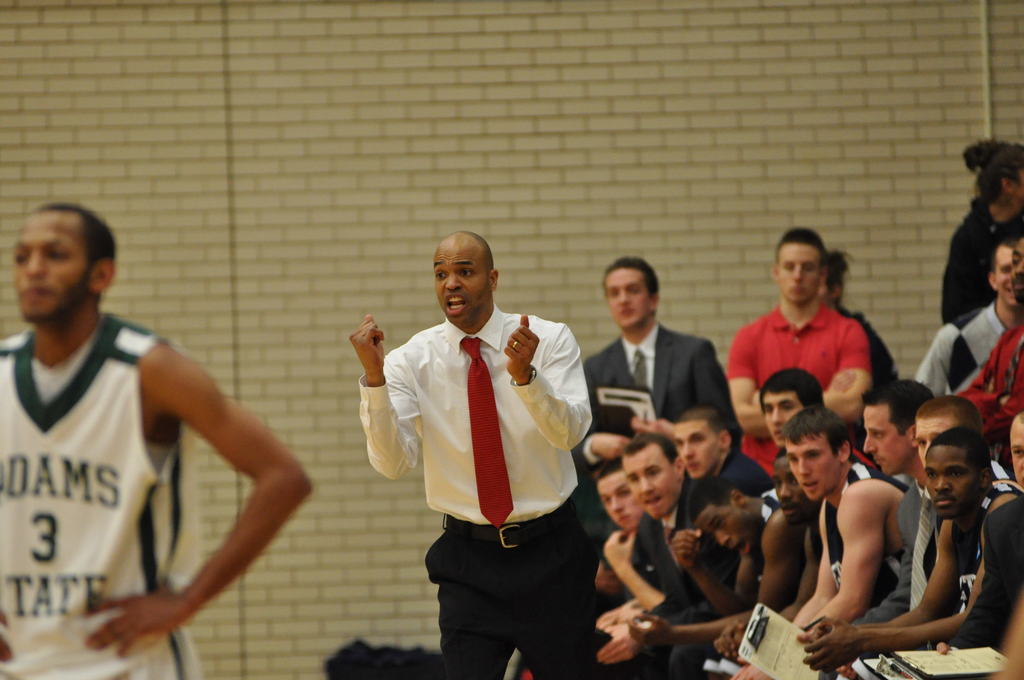 “It’s great for the guys.” said Metro State Head Coach Derrick Clark, “To get that kind of support and know that guys at that level recognize what they’re doing, its great.”

While Coach Clark admits it’s nice to get that sort of attention, his focus lies elsewhere, in what is immediately ahead of him–practice. In his third year as head coach of the men’s basketball team at Metropolitan State University of Denver, Clark believes there is one thing that should never be different–the level of intensity at practice. “We want to get better every single day and we cant do that if we don’t practice at a high level,” Coach Clark said. He doesn’t allow an Allen Iverson practice mentality to exist on his team and decorated Senior Jonathan Morse agrees. He says he can trust anyone on the team at any given time while they are on the court and believes that is a testament to the hard work him and his teammates put in every day at practice.

The practice certainly shows. The Roadrunners went 22-0 and held the top spot in Division II basketball for a school record five weeks before dropping two close games and finishing the regular season at 27-2 and as the No. 3 team in the nation. Along with team success, the squad saw saw five of its players take all conference honors: Three first team-ers 1 second team and 1 third team.

Metro closed out their regular season in dramatic fashion beating the Ft. Lewis Skyhawks, the team who handed them their first loss of the season, with literally one second to go in the Rocky Mountain Athletic Conference championship game. 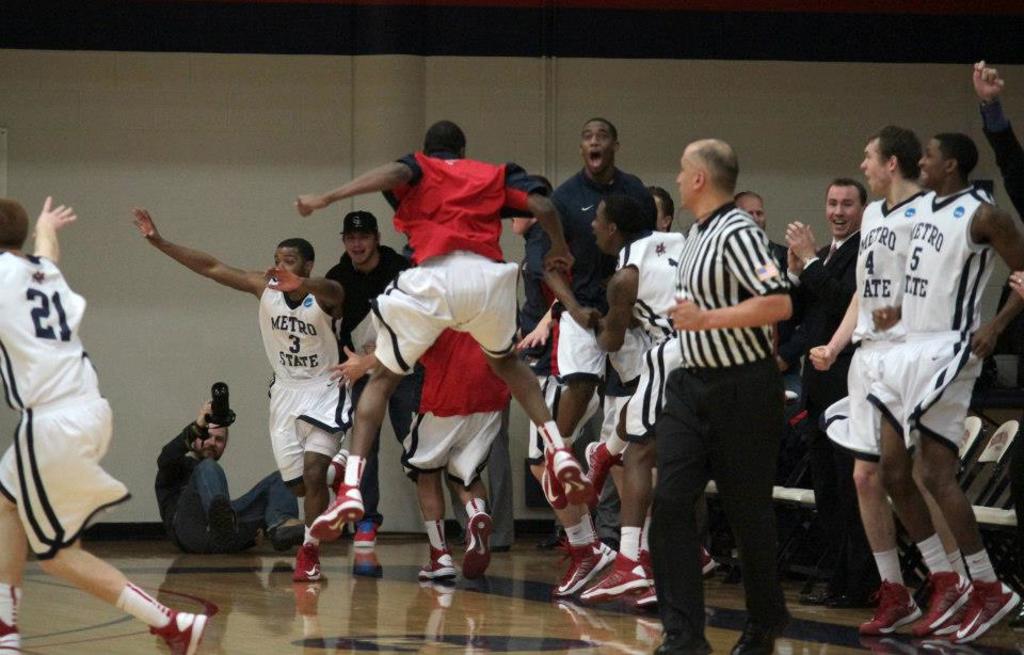 Brandon Jefferson flew down the court as time ticked away and found himself in the corner with the game in his hands. Jefferson made a move, probably said a quick prayer and launched an 18-foot fadeaway to claim a conference championship for Metro State.

RMAC player of the year Jonathan Morse concedes that revenge is indeed sweet. “We just wanted another piece of them.” he said. “It was the most exciting game I’ve ever been a part of.”  Even after the big win Morse can’t deny that his quest for revenge continues. After crashing out of the NCAA tournament last year in the elite eight, the bitter taste of defeat still lingers.

Coach Clark has a calm demeanor about him and says he leaves any extra emotion out of the game, but even he admits  the gut wrenching feeling from last year remains. He says he refers to that last game constantly with his team and hopes it serves as a reminder to keep pushing and to ward off complacency.

“We haven’t arrived until we’ve won it all.” Clark said.

Metro State looks to win it all this year and coach Clark believes with his teams experience (Returning nine players from last year), their incredible depth and chemistry that is off the charts they can do just that. Clark has big goals for his team and says they’ve already accomplished one of the more difficult–hosting the regional tournament. But don’t expect coach Clark or anyone else on the Roadrunners squad to get ahead of themselves, at the end of the day they always remember to take it one practice then one game at a time.

Catch the Roadrunners as they start their bid for a National Championship when tip off against Tarleton State (Texas) (20-9) at 6 p.m. Saturday, March 16 at the Auraria Events Center.