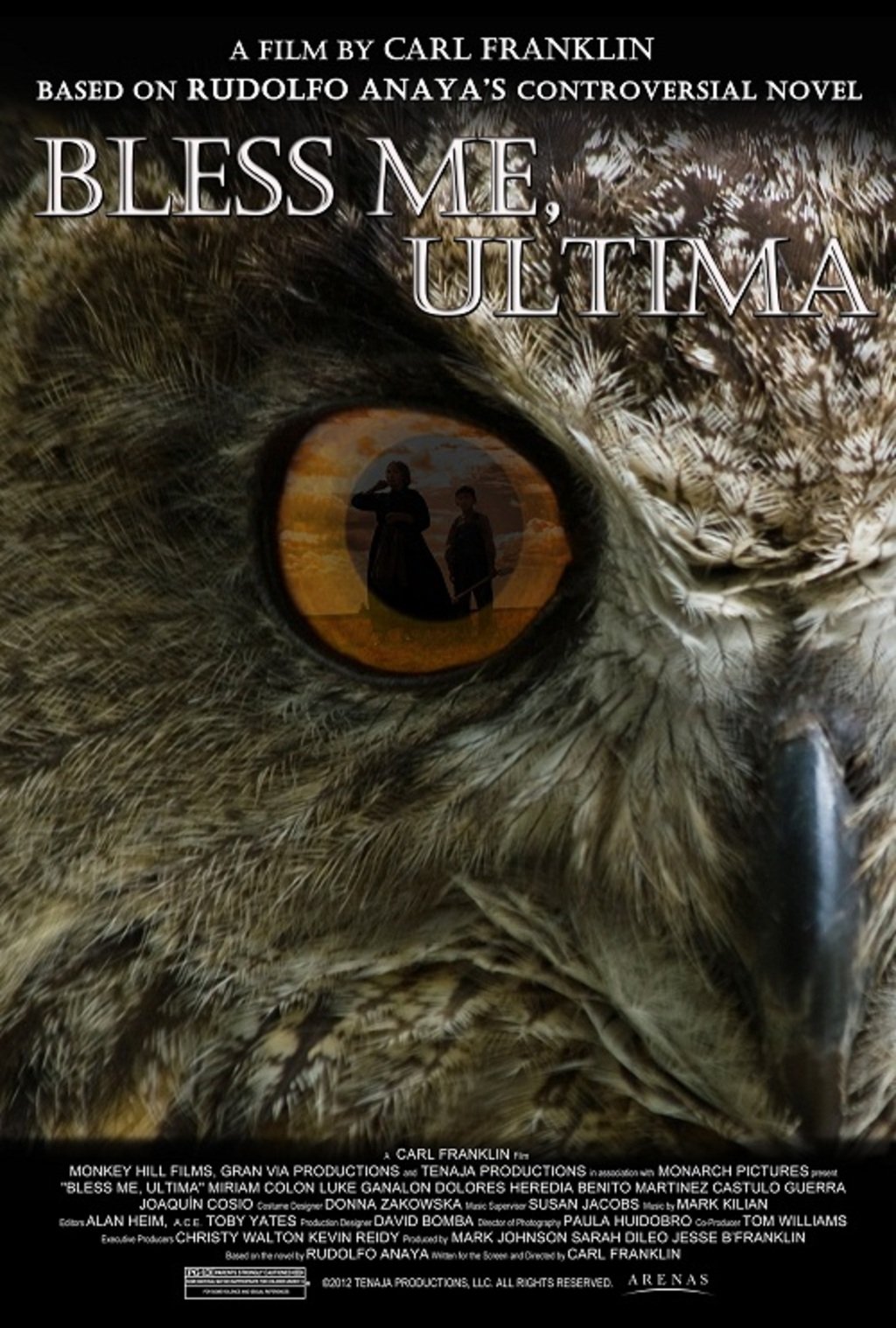 Watch This: Bless Me, Ultima

Bless Me, Ultima is Rudolfo Anaya’s novel about Antonio Márez, a young Mexican-American boy coming of age in New Mexico during WWII, and Ultima, the curandera or healer, that comes to live with him and his family. 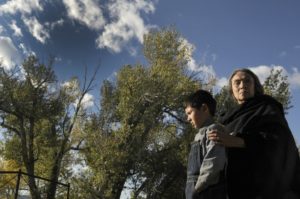 Luke Ganalon as Antonio and Miriam Colón as Ultima. Photo by Ursula Coyote.

In the years since its initial publication in 1972, Anaya’s novel has become a cornerstone of Chicano literature and multicultural reading lists. It’s been widely read, even though the novel has been included on a list of most frequently challenged books in the U.S. school system for its sexual references and violence.

But this story is more about the special relationship that develops between Antonio and Ultima. It’s about identity and discovery; faith and tradition; good and evil. It’s about learning to honor your past while embracing the future and growing up.

Needless to say, the book’s universal themes appealed to more than just Latinos. Which is why director Carl Franklin’s on-screen adaptation had such big expectations – and with a dynamic cast behind him and the beautiful natural landscapes of the Southwest at his disposal, he’s lived up to them. With his film, Franklin has created a mystical world that retains all the folklore, magic, and wonder of Anaya’s novel. 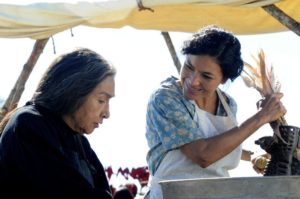 When Ultima takes Antonio under her wing, she teaches him her practices and trains him to listen to nature and respect it. She teaches him how to use the land for good and he discovers the power of her medicine when she cures a man of a curse. But soon he also becomes witness to more tragedy and evil than any child should have to endure.

Conflicted by the moral paradoxes and competing traditions of his family’s heritage with the newly developed Mexican-American identity, he begins to question the world around him. His ambivalence only worsens when his school friends accuse Ultima of being a bruja, or witch, and an angry mob from the town shows up at his family’s doorstep.

Played by the radiant actress Miriam Colón, Ultima is symbolic of the past’s struggle for survival in the movie.

Once an immigrant from Puerto Rico herself, Colón knows what it’s like to have to transcend two cultures. Nervous and full of doubt, she moved to New York when she was only 17. Still, she immediately got involved with acting and became the first Puerto Rican member of the Actors Studio after she played a supporting role in a friend’s audition. In the late 1980s, she founded the Puerto Rican Traveling Theater which presents Off-Broadway productions. 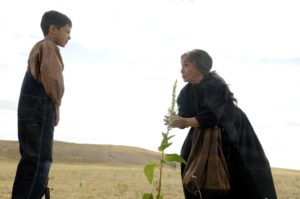 Luke Ganalon as Antonio and Miriam Colón as Ultima. Photo by Ursula Coyote.

Since then, Colón has played in a number of roles that have channeled her immigrant roots. She played Mama Montana in Scarface and Mercedes Muñez in Goal! She says it’s very easy to identify with these kinds of characters and their struggles, and believes her life experiences and previous performances have prepared her for her role as Ultima.

“Ultima is a woman that doesn’t speak much,” says Colón, “but she is strong as steel. Her knowledge is what makes her powerful and if there was ever anything she could do to help, she would do it.”

There’s no doubt that film adaptations of novels must usually omit scenes or tweak plots and Franklin’s Bless Me, Ultima is no exception. But the essence of Ultima, perfectly captured by Colón, is ultimately what preserves this story’s timeless message.

Bless Me, Ultima opens nationwide in theaters tomorrow, Feb. 22 and will be screening at select Colorado theaters in Denver, Colorado Springs, and Pueblo.