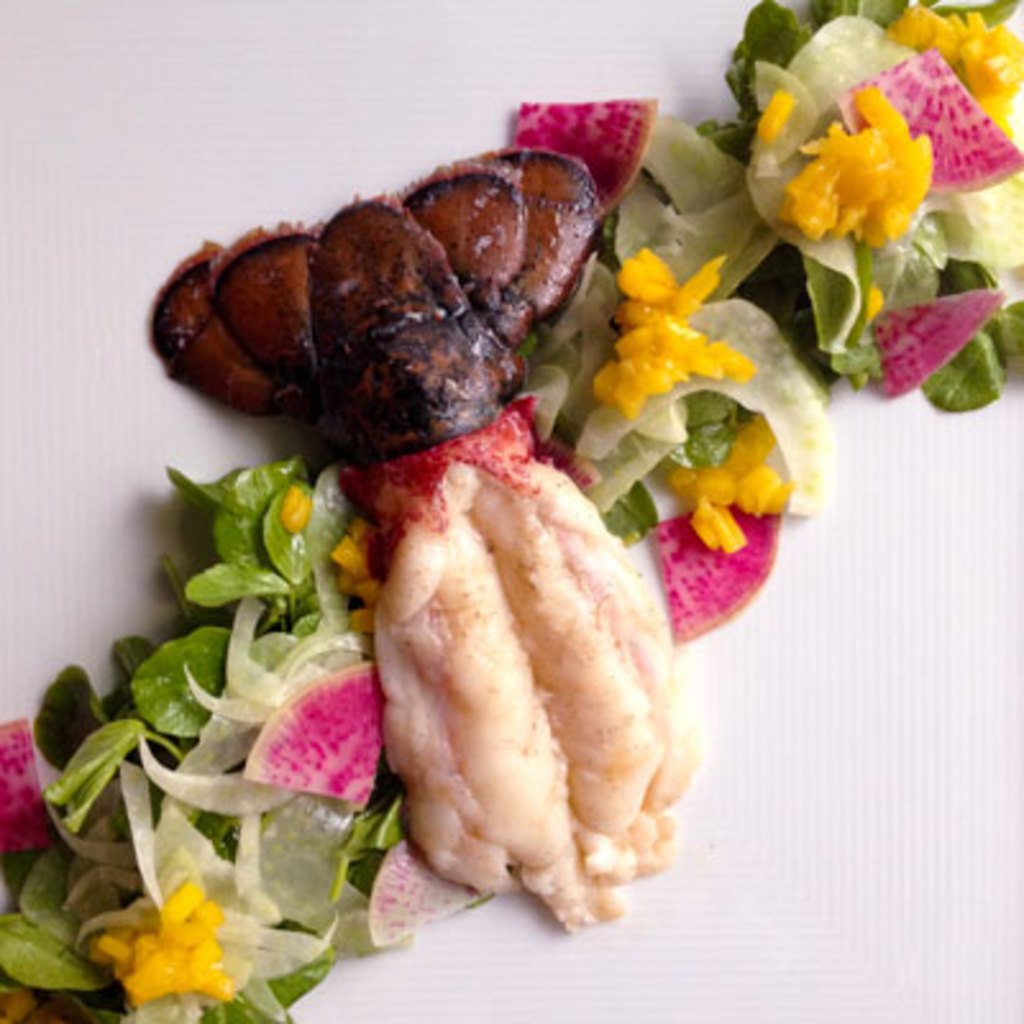 I got to sit down with Duy Pham, executive chef at the brand new Epernay Lounge, and talk to him about what he learned in Pueblo, how Epernay’s menu came together, and why sous-vide is the next big thing. For info on the restaurant, opening date, and more check out the Peculinarian.

303: What did you learn from your experience with Restaurant Fifteen Twenty-One in Pueblo?
“I learned a lot. I learned the business side of it. That was my first true restaurant on my own. To build it from scratch, to menu planning to every little aspect of the restaurant I had to learn on my own and learn from trial and error. That place was great for me to grow because I had a chance to experiment with everything I possibly could. I met local farmers in Pueblo so we did farm to table dinners highlighting that farm. I’ve done breakdown of whole animals from farms and utilized them to make sausages and curings. I went through phases at 1521, for a month or two I would focus on one region or one cuisine, anything from Korean to Southwestern, European, Asian cuisine. Not much Asian, because my restaurant was mostly European.

303: What’s the menu for Epernay going to be like? 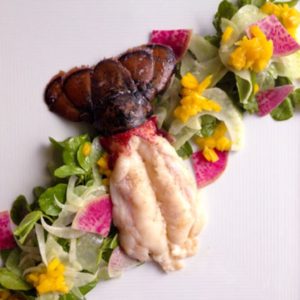 You read this menu and it reads very straightforward, but when it comes out you’re kind of shocked, like it’s completely different from what you envisioned, but the flavor is  very familiar still. It’s just the technique and the presentation is more cutting edge, more in style. My beef plate for example is pretty much steak and potatoes, but elevated. I take a New York Strip and cut it so there’s no fat, no sinew, and I cut it into a nice block like a filet mignon. Then I take all the fat and trimmings I got from the steak and render it off and caramelize some garlic and onions and herbs into it, and strain it so that fat is flavored with all of that. Then I dip the beef in the fat, bag it, put it in the sous-vide [machine] for a few hours, and then re-sear it. So I get all that fat flavor but you don’t have the cholesterol, you don’t have the gristle, you don’t have any of those things you’d associate with fatty steak. I thought Bleu cheese and beef go really well together, so I made a sort of “Roaring 40’s” Bleu cheese foam with really light bubbles that pop in your mouth. Bleu cheese is really strong, so it helps to keep it from being a heavy dish. I wanted to take classic, straightforward dishes and elevate them and make the flavors a lot more interesting.

303: You’re going to have a chef’s tasting menu as well, I hear.
We have chef tasting menu of 5, 7 or 9 course, which I will make myself and most likely none of it is on the menu. Opening week I’m bringing in needle-nose fish, which is very hard to get. I’ll also be bringing in geoduck (pronounced “gooeyduck”) which is a giant clam, and ankimo, or monkfish liver, which people call the “foie gras of the sea.”

303: What is sous-vide cooking and why is it so amazing?
Sous-vide (pronounced “sue-vee”) started in the 70’s in France. Then it wasn’t as technical or advanced as it is now. What they used to do is wrap a fish, or whatever they’d like to sous-vide, really really tight and they would have a thermometer in the pot of water and they would wait until it hit a certain temperature and then they would watch it, stir it, throw ice cubes into it to keep it at the right temperature for hours on end. And they would end up with this beautiful, moist fish and then sear it or whatever.

At 1521 I didn’t get to experiment that much with sous-viding. The limited size of the kitchen and everything else against us were sort of what made me come up with this concept for the food and kitchen. After 1521 I had 6 months before this place opened. I had all the equipment that’s in this kitchen in my house, so I did nothing for six months but cook things sous-vide for breakfast, lunch and dinner. From duck to fish to lamb to lobster. There were a lot of failures in the beginning, but also a lot of great things that came out as well.

303: What are the primary advantages of sous-vide?
You can never cook anything as 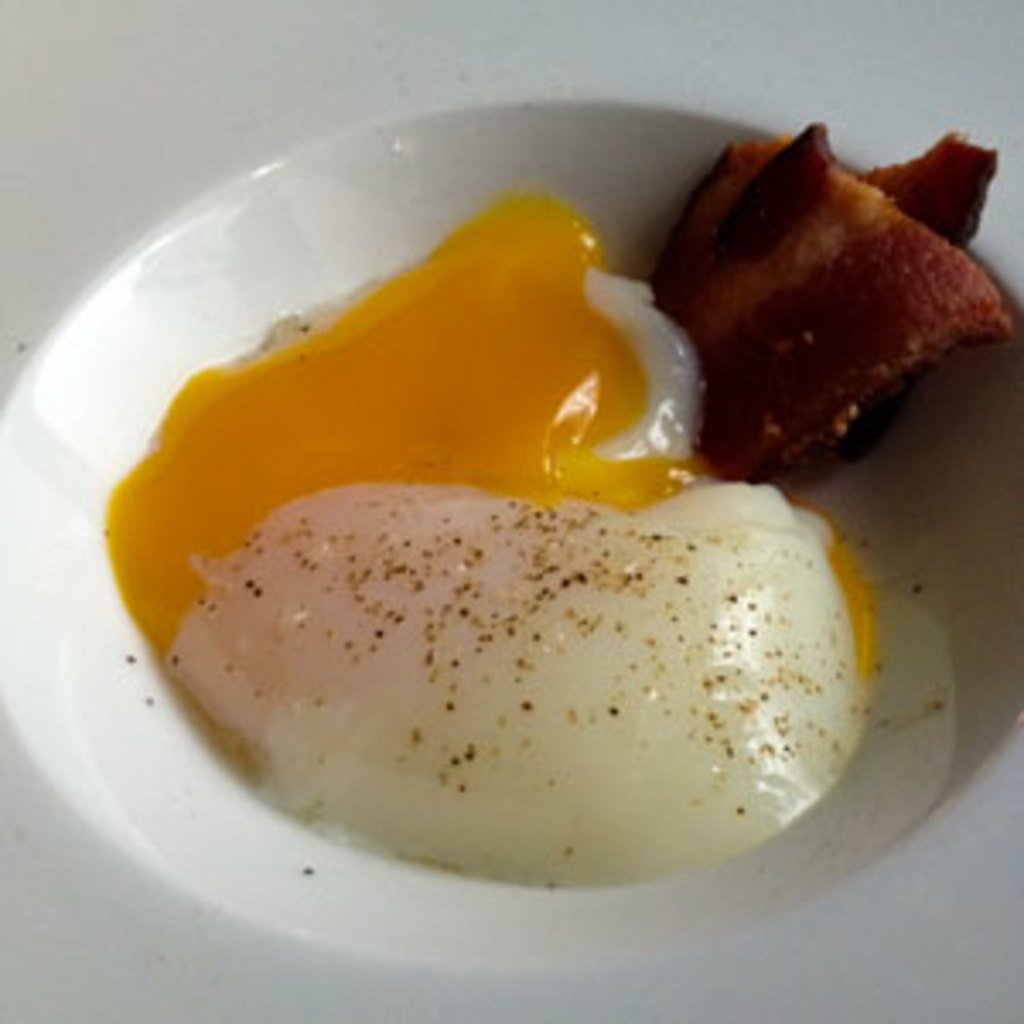 perfectly as sous-vide. You can have an egg cooked with the outside like a soft-boiled egg and the inside like creme-brulee. Cooking things classically you have a very small window to hit where it’s cooked perfectly. With sous-vide you can hit that window every time. With sous-vide, a steak will be cooked the same amount all the way through. You maintain the moisture, it doesn’t leak out or go anywhere. With less shrinkage, you yield 20% more meat with sous-vide. You can use less marinade and less time because things are bagged with no air because the marinade is in constant contact with the meat.

303: Is everything sous-vide’d to order?
Some things, like the pork belly, are sous-vide’d for two days, then we chill it down and bag it. We sear it to order, just like you would in a normal restaurant, but it’s already had the sous-vide preparation. So that’s a little mixture of both. Other things, like our vanilla bean, butter lobster, we bag ahead of time and then when we get a ticket we throw it in the water bath for 20 minutes at 140, which cooks it perfectly. Even if it goes past that time it’s still cooked perfectly, because the temperature can’t get any higher than 140. The only danger is if you leave it too long it breaks down tendons and muscle tissue and it can make it too soft.

303: Why such a focus on French/Japanese?
It’s not just French. I call it Modern American Cuisine. America is a melting pot. So on the menu we have everything from American stuff like mac and cheese, steak and potatoes, and French things like mussels in white wine garlic sauce, and even South American dishes like ceviche (with sweet shrimp, baby octopus, avocados and so on). We have a very Italian dish with our porcetta flavored pork chop infused with rosemary, thyme, garlic seed and italian white polenta, Fontina cheese, porcini mushrooms. I hate being categorized as one thing or another. America is a melting pot, so I try to infuse that concept and mentality into my food. We want to create classic cuisine, elevated by technique and technology.

303: How about the sushi?
What we’re doing here, which is a little different for sushi, is that our menu is all in English. We don’t call the tuna “maguro” or the yellowtail “hamachi.” And a lot of the ingredients are going to be very different. A lot of places in New York, like Nobu and Morimoto, right now are doing very cutting edge sushi and breaking away from tradition. To be honest, no one is really doing that here in Denver. For instance I want to put my Bleu cheese foam on blue fin tuna. I’ve found that combination is incredible. Blue fin tuna is like a steak, and with the light foam the fish still comes through. 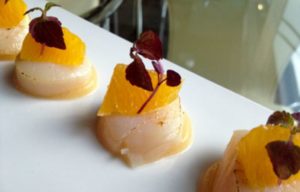 303: What makes Epernay different from other Raw Bars?
Nobody else is doing sous-vide like we are, but as far as the raw bar, we’re going to be doing oysters at a much better price. We’re going to have one oyster on happy hour that’s $1.25 each. We do all the work for you, all the cleanup for you, and it’s pretty much the same price as a store (on happy hour). We don’t need to make our cost there, we’re really just opening them for you.

303: How would you describe your personality and how does that get translated into your food? Or does it?
I’m very passionate. when I like something I have tunnel vision. Before this I was raising chickens, ducks and quail. I’d read books on different species and raising them and became a poultry nerd. So when sous-vide came along it was all I thought about. I’m also very particular about how things are done, I’m a perfectionist. So when I show the cooks how to prepare something I make them a little template, and if theirs is off by even a little bit I say, Trim it! And they say, Really? And I say, Yeah really! It was instilled in me by one of my mentors that “the finer the herbs, the finer the restaurant”