This past weekend, Aspen was flooded with fans from around the world who turned out to cheer on the athletes competing in the Winter X Games. The sun was beaming for most of the weekend, and in a city at almost 8,000 feet in elevation, goggles and sunglasses were a must.

Mirrored goggles were a major trend across the mountain, and for good reason. They are generally darker than most lenses, which helps to filter out the sun as it radiates off the snow. Athletes sported them down the slopes and fans gazed on in mirrored sunglasses during the event.

The trend is not only being seen in the ski and snowboarding world, designers like Gucci and Ray-Ban are bringing these shiny lenses to the street.

Mirrored lenses add a sense of whimsy and excitement. They make it nearly impossible for an onlooker to catch a glimpse of your eyes, which means instant mystery or an instant shield to hide puffy eyes from a late night out.

If you are timid to try the the bold lenses, start out in frames you are already comfortable in. A standard aviator looks classic, while the bold lens gives that extra edge. Find the sunglasses below at Shopbop. 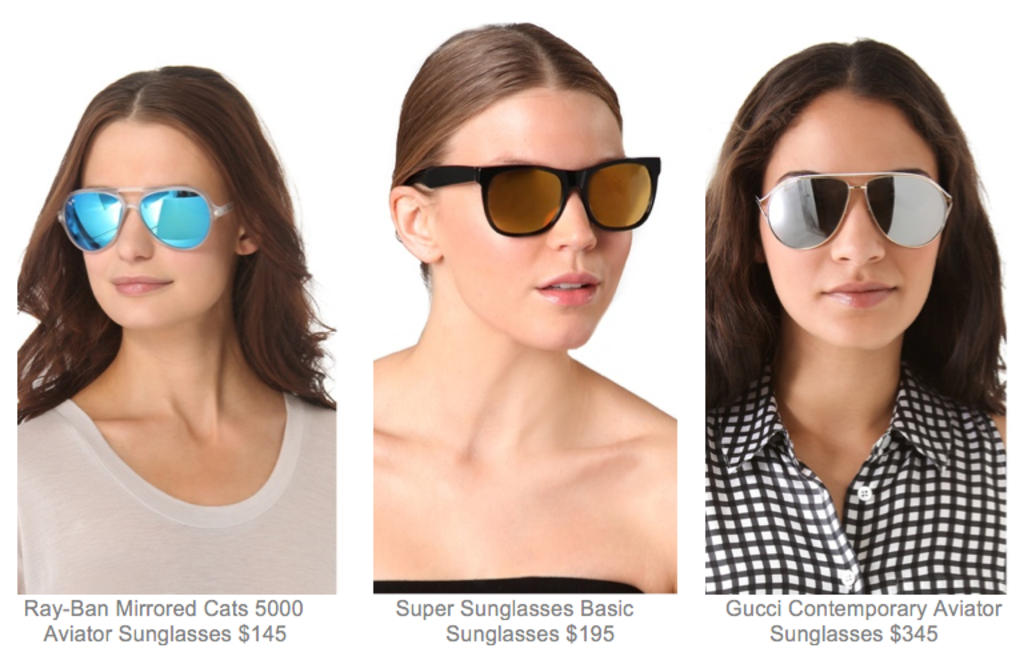