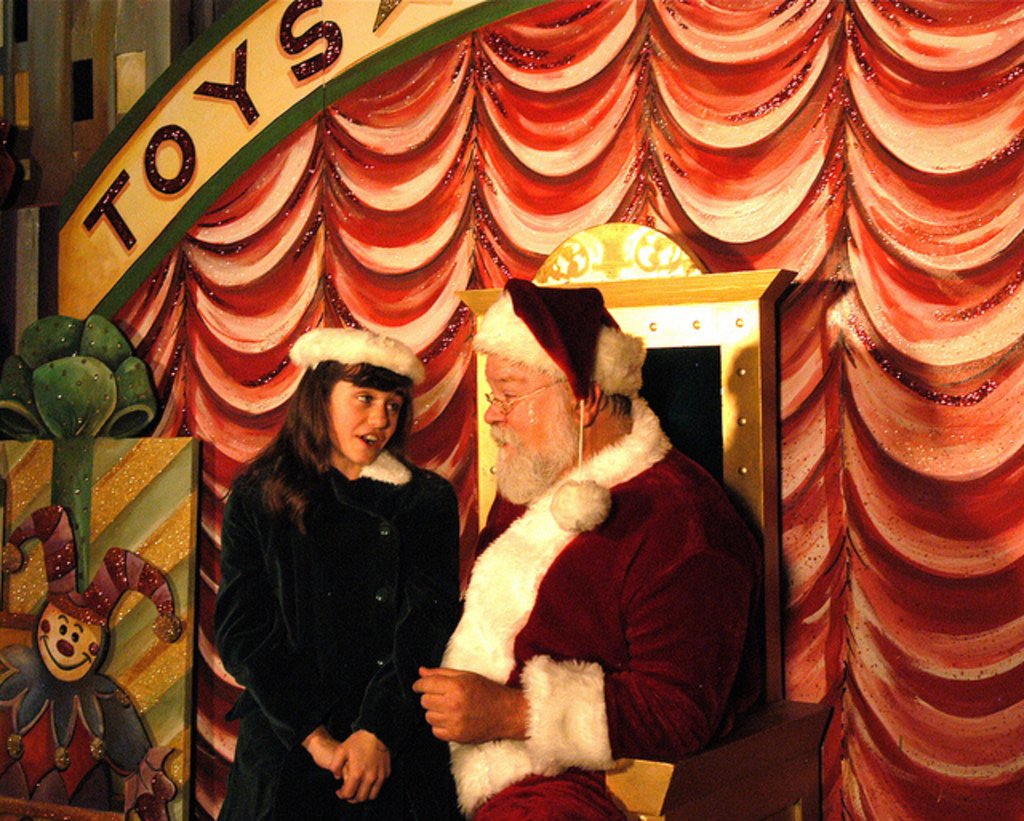 “Miracle on 34th Street” is a Christmas story for all ages…

Miracle on 34th Street, the title is instantly recognizable and for a holiday production, why not select a show that already has quite a bit of following based on the title alone? Arvada Center’s production of Miracle is cute, enjoyable and a welcomed change from the standard and expected holiday productions everyone is used to.

The plot stays fairly close to the classic 1947 film, which, like this musical, is based on a story by Valentine Davies, who won an Academy Award for his warmhearted work.

The tale begins with a man who insists he is Kris Kringle (Erick Devine), the real Santa Claus, taking over as Macy’s Santa after the originally hired fellow gets drunk. The woman who hires Mr. Kringle, Doris Walker, played by Lauren Shealy, is a Macy’s executive and single mother who espouses “utter realism and truth,” without a shred of fantasy, for her young daughter, Susan (Regan Fenske). Mrs. Walker is being wooed by a neighbor, Fred Daily (Jody Madaras), who tries to soften her hard edges and bring a little playfulness into Susan’s life. 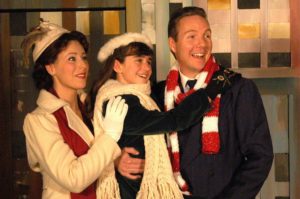 Santa turns out to be a boon to business at Macy’s because he directs shoppers to other stores, including its archrival, Gimbels, when Macy’s doesn’t have the right toy — which leads to greater consumer loyalty and fabulous publicity for the 34th Street emporium.

To say the book is fantastic would be a complete lie. It’s cheesy,  it’s a big long and let’s just say the ending is less than stellar but it’s Christmas and most people just want to leave smiling and feeling good and it does just that. The creative team does a really good job of keeping the pace and pushing the plot.

Gavin Mayer is back to direct, and does a great job casting this show. The leads are fantastic, put Lauren Shealy at the head of a show and you won’t disappointed. She truly delivers.

Under the musical direction of David Nehls, Willson’s songs are pleasant but unremarkable and some are all together forgettable. However, that doesn’t distract much from the overall sound and quality Nehls is able to achieve from this stellar cast.

Piper Lindsay Arpan, does a fantastic job in her Arvada Center choreography debut. The toy ballet is beautiful, and is one of the moments you can truly lose yourself while watching.

This show was exactly what you would expect it to be. It’s a classic Christmas story that is great for all ages. It may not be the most thrilling or the greatest Christmas story of all time but it never claims to be. It is, what it is and if you are looking to see a nice Christmas production that does center around Ebenezer Scrooge and his journey to become a better man, head over to Arvada Center.

Arvada Center for the Arts and Humanities 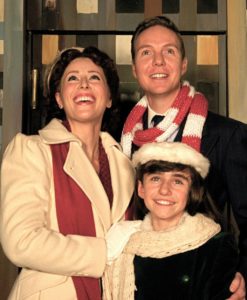