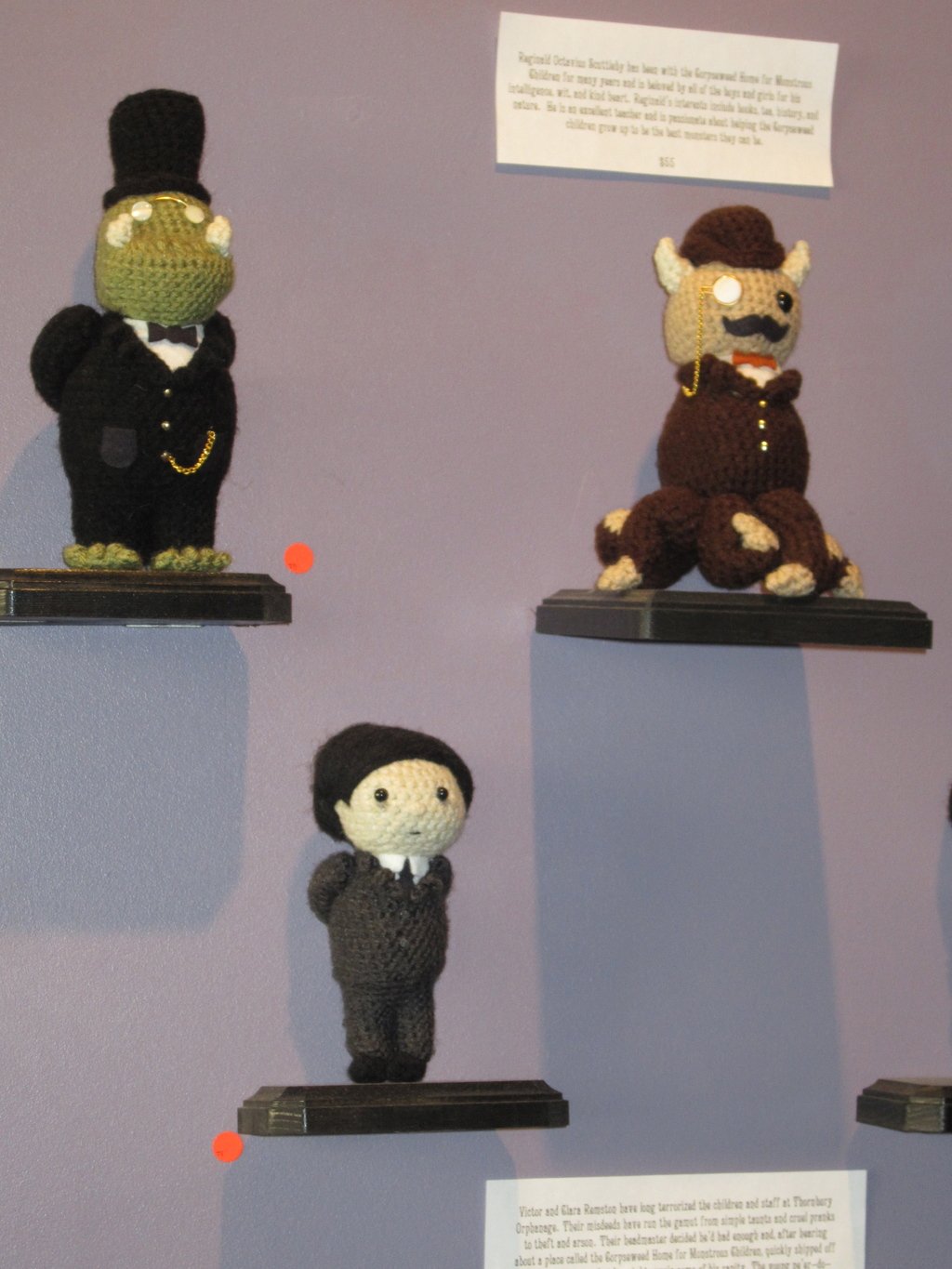 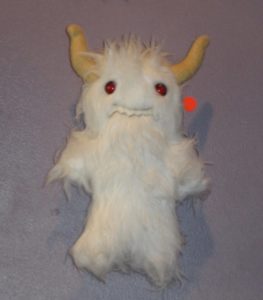 a member of the horned “Gruffins”

When you typically think of stuffed animals, you tend to think of cute, friendly creatures like kittens or puppies.  But Brian Ball, founder of Darkland Creations, is changing the definition of cute.  His art first caught my attention while sitting through my usual happy hour at City O’ City in Capitol Hill.  Hanging on the the wall in front of me was a very mysterious collection of so called crocheted creatures and huggable horrors.  What were these?  Why were they so creepy?  And who was the man behind this?  I seeked out Brian to find these answers. 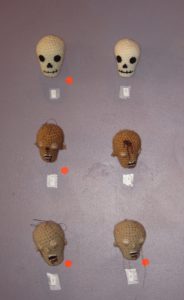 Brian’s love for stuffed animals started as a kid, but when in 2006, he got ahold of a book on how to make plush animals out of socks, he began to create them himself.  “I eventually started making zombie pillow heads, which I sold at the kid’s boutique I owned with my wife called Rock the Cradle,” says Brian.

One tutorial book later, and Brian was experimenting with amigurumi.  Don’t worry, I didn’t know what that was either.  Turns out amigurumi is the Japanese art of crocheting small stuffed animals.  (I can only hope that this word shows up on a cross-word puzzle someday)

But again, why so spooky?  “There’s something about combining the cute and the creepy that I find so enduring,” explains Brian.  His collection also includes a series of horned creatures called the Gruffins and some potentially disturbing animals called the Mortlings.  Perfect Valentine’s Day gift I’d say. 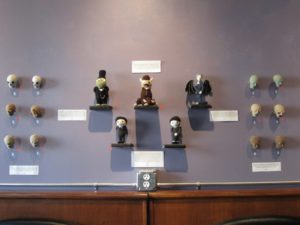 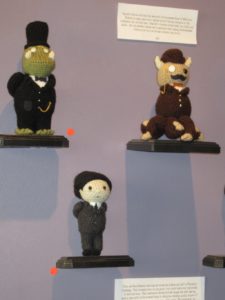 And theres more to the story than just really neat toys.  Brian created a story line to go with some of his little Victorian monsters.  His first character was inspired by a hat-wearing, cartoon octopus.  Wanting to make something for his daughter, Brian drew a sketch that later evolved into Reginald Octavius Scuttleby.  More characters will be added as well as a the release of his picture based book titled “The Corpseed Home for Monstrous Children.”

“As of right now, my toys are a serious hobby, but I would love to do them full time,”  says Brian.

Intrigued yet?  I hope so.  Come check out his current display at City O’ City which is up until Saturday, Dec. 8.  You can  check out his website at www.darklandcreations.com.  Brian Bell will also be featured in the Winter 2013 issue of Stuffed Magazine.