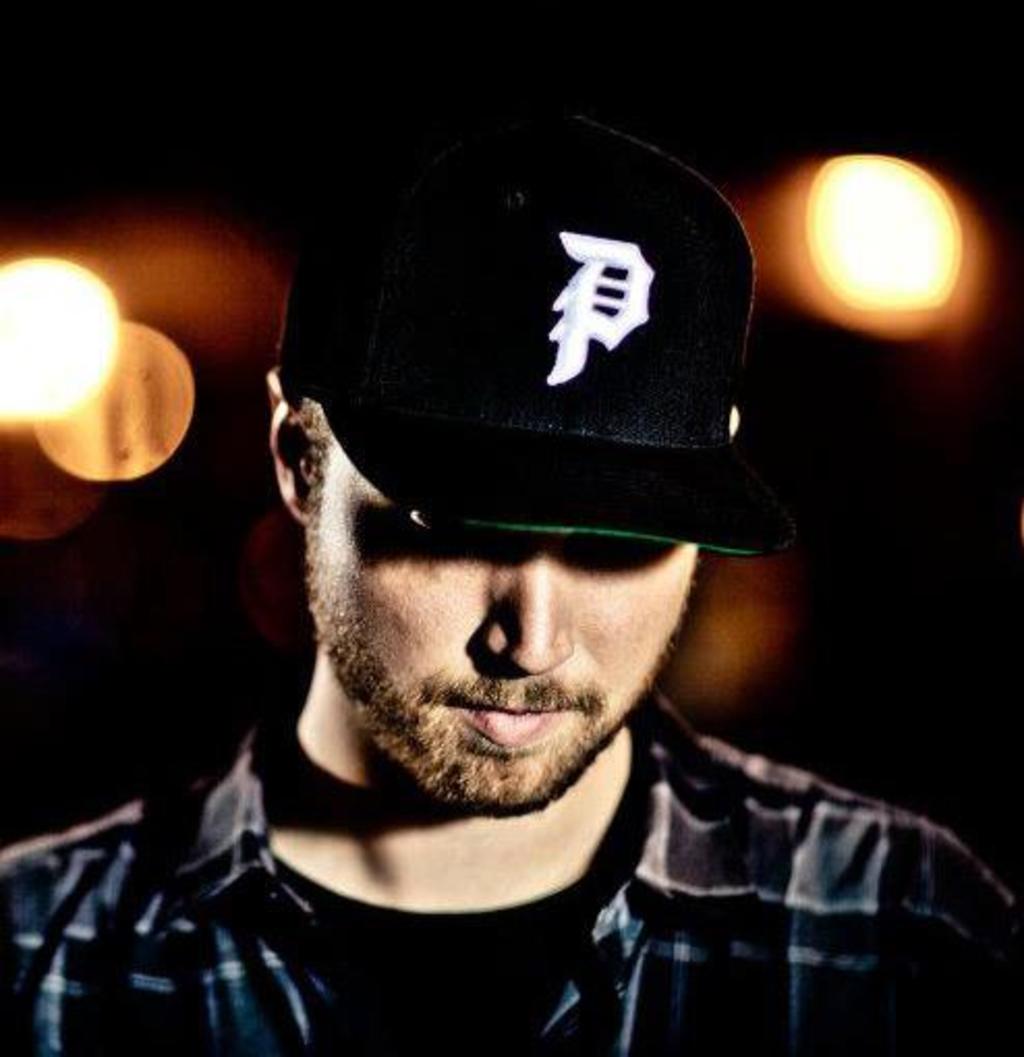 “2012 has probably been the most transitional year in my life,” admits Paul Brandt, aka prodcuer/DJ, Paul Basic. After releasing his debut EP, The Mirror, on Pretty Lights Music (PLM) in 2011, his career took off at record speed and shows no sign of slowing any time soon. Standing out among PLM’s brand of electro hip-hop with dusty samples, heavy drums, and sharp basslines, Paul Basic will ring in 2013 at Decadence, Denver’s premier NYE EDM event at Colorado Convention Center.

303 Magazine caught up with Brandt to discuss his highlights from the past year and to hear what he has in store for 2013.

303 Magazine: Although your introduction to playing music began in Colorado, you honed your production skills out of state. What was your experience living outside of Colorado while you were studying audio production?

Brandt: I moved to Seattle to study audio production in 2002 and it ended up being a really good experience. Even though I had been producing my own tracks by then, I was primarily a drummer and didn’t really have much musical or technical knowledge outside of that. School definitely helped get my skills up to par by giving me access to a ton of pro-level gear, and also some really good professors who influenced me with their creative and open-minded approaches to audio production.

Beyond that I also met a couple other students who ended up having a big impact on my path as a producer. They hooked me up with software, plug-ins, sample banks and also had their own production tricks and creative approaches to music. They also got me into electronic music. They were listening to a lot of stuff on Warp Records and Ninja Tune at the time, but also a bunch of other stuff that I had never been exposed too. That really opened my mind to new possibilities in beat production and left me wanting to learn as much as I could to get all these new ideas out. Altogether it was a really inspiring and educational time and when I realized that music production would be a life-long passion.

303 Magazine: You didn’t get into electronic music until you moved to Seattle, but you had been playing with your current label-mates, Derek Vincent Smith (Pretty Lights) and Michal Menert long before that. Would you have ever guessed that you three would be as successful as you are now?

Brandt : I met Mike and Derek and joined their band when we were all 15. We were together for about 4 years, pretty much until I moved to Seattle. When we started it was just for fun, we took it seriously but not as much as we would later on. Over the course of those years, I think we all realized we wanted to pursue music full-time. Mike got some software and had started making his own beats when we were 16 and eventually Derek and I were doing the same. The band was still our main focus but the fact that we all started producing around the same time and had those years of mutual influence is pretty significant to where we’re all at today.

We were all super motivated to make a career out of music and I can remember some conversations we had back then about it but we obviously had no idea if it would ever pan out, especially to the extent that it has. I remember the first couple years of Pretty Lights blowing up on a national level being kind of surreal and it was hard to wrap my head around the level of success he was having. Within two to three years, he had achieved and surpassed all the goals we’d had for the 10 years before that. The times that it’s most overwhelming is when we’ll go from just chilling and talking on his tour bus, walk through to backstage, then I watch him get up in front of thousands of fans and put on an amazing show. It’s hard to watch that and not think about the whole path we’ve taken to get here, all the ups and downs, the years of hoping and dreaming and pushing to get this musical vision out there. It’s truly overwhelming and something I feel blessed to have been around for and to be a part of. Now I just can’t wait to see how far each of us can take it.

303 Magazine: You went on your first big tours last summer and fall with Pretty Lights, Michal Menert and other Pretty Lights Music label-mates. What was that experience like?

Brandt: This year I was on the road with all my label-mates over the course of four tours and had an amazing time. Mike, Derek, and I have wanted to tour together ever since we were kids and I finally got to tour with both of them this year so that was definitely a highlight. Touring with Pretty Lights was crazy due to the size of the production, venues, and crowds we were playing to. Another highlight was when Paper Diamond, SuperVision, and I had some days off in New Orleans while on tour in February. We put ourselves through the wringer and came out bumped, bruised, and all-around happy as fuck.

303 Magazine: What do you miss most about Colorado while you are on tour?

Brandt: Touring is something I’ve wanted to do my whole life, so I really try to take it all in and enjoy it as much as I can without focusing too much on being back home. I am more productive in the studio than on the road though, so that can start to affect me while on tour. Also, Colorado is a really beautiful place with a great vibe, great music scene, and most of my closest friends live here, so those are all things I definitely appreciate when I’m home.

303 Magazine: What was it like seeing Colorado’s music scene come together to support you when your gear was stolen almost a year ago?

Brandt: Yeah, that was tough. Someone broke into my car during the Colorado run of the PLM Fall Tour and stole my backpack with my laptop, a hard drive and some other gear in it. Aside from the hardware, I lost a bunch of new music and other files which was hard to accept at first. Luckily, I was able to borrow a laptop and worked from an old backup to get a set together and finish out the run. I also remade one of the lost tracks by referencing a live video and played it at the end of tour which helped ease the pain. I never intended on asking for help to bounce back from that, but right away a bunch of people were hitting me up about it, and a couple blogs started taking donations which was really surprising and humbling. In the end, I was able to replace my laptop which was incredible and I’m forever grateful to everyone who played a role in that.

303 Magazine:  What’s the biggest change, professionally, that you’ve experienced over the past year?

Brandt: 2012 has probably been the most transitional year in my life. I quit my job in January, and for the first time ever, was able to able to support myself with music full-time. I did my first national tour and ended up doing four altogether. I moved twice and finally settled in a place where I have a legitimate studio space with all my gear and drums permanently setup. Playing Red Rocks was a big personal milestone because I grew up going to concerts there, which played a role in me deciding to pursue music as a kid. Altogether, it has been an incredible year and I can’t wait to see what 2013 brings. 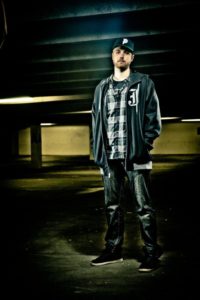 303 Magazine: What are your top five tips for up-and-coming artists who are trying to pursue a career in music full-time?

1. Know the difference between pursuing music as a career vs. as a hobby and know why you’re choosing one over the other.

2. Be willing to sacrifice time, other interests and possibly friendships or relationships to achieve your goals. You might not have to, but you also might have to.

3. Learn as much as you can both musically and technically. Even though there have been plenty of incredible musicians who’ve had little to no training, I still believe that having more knowledge at your disposal can only help you actualize your artistic vision.

4. Stay inspired, experiment, and don’t copy other people’s styles (unless strictly for learning purposes). Developing a unique voice in the music world will not only help you find success but also help you maintain it.

303 Magazine: What accomplishment are you most proud of thus far?

Brandt: I feel like my career is still way too new to start listing proudest accomplishments – I’m just happy to have a music career and to be sustaining it. The fact that Mike, Derek, and I are still working side by side on a vision we developed so many years ago does give me a sense of pride though.

Brandt: I’ll be putting out my new album early in the year which I’m really looking forward to. After that, Mike and I are going to work on new material for our collaborative project, Half Color, and hopefully start booking shows for that as well. I just got booked on some dates with Savoy in January, and SuperVision and I are doing some shows together in February which is going to be a lot of fun. Other than that, I just plan on putting out more music, playing more shows, and pushing my vision out to the world as best I can.

303 Magazine: You are playing two huge NYE shows this year: Lights All Night (Dallas, TX) and Decadence. What are you planning for each performance?

Brandt: I’m really focused on wrapping up new material and will be working on that up until the last minute. I’m not sure how each set is going to look yet but I definitely plan on keeping the energy up and further defining my sound to the audience. Both shows are great exposure for me and I definitely want to make sure they’re memorable.