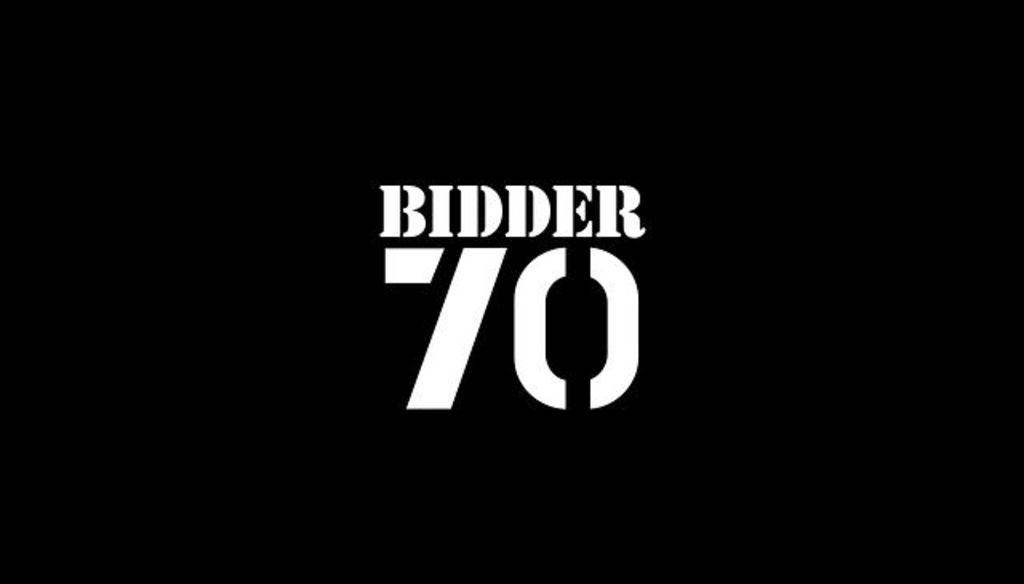 On December 19, 2008, while protesters were circling outside of a government oil and gas lease auction in Utah, environmental activist Tim DeChristopher quietly breezed in and registered as bidder #70.

Only a 27-year-old economics student at the University of Utah at the time, by no means did Tim have the intention, nor the funds, to actually back a bid. Despite this, Tim began bidding on parcels of land, outbidding industry giants and ultimately winning more than 22,000 acres of land worth $1.8 million before he was found out and taken into custody. For disrupting what was later determined to be an illegitimate auction, Tim was indicted on two federal charges. 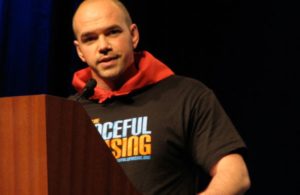 Filmed by documentarians Beth and George Gage of Telluride, Colo., Bidder 70 follows Tim for three years during his lengthy criminal investigation and frequently delayed trial. While awaiting his hearing, Tim contributed to the founding of Peaceful Uprising, a nonprofit collective and grassroots movement committed to taking action to combat the climate and energy crisis.

With the support of his organization and local community, he travels across the country, lending his voice to environmental rallies and raising awareness about the impeding dangers of global warming. He visits mountaintop removal mining sites in West Virginia to get a first-hand look at the effects on the local land.

When the court finally gave its ruling in March of 2011, Tim was sentenced to two years in prison. While serving time at a prison in California, his case even received renewed attention when word got out that he had been placed in solitary confinement after an “unidentified congressman” filed a complaint over an “ill-advised word” in an email. Then after serving time in a minimum-security prison in Englewood, Colo., Tim was transferred to a halfway house in Salt Lake City, UT where he is currently serving the remainder of his sentence.

Bidder 70 first premiered at the Mountain Film Festival in Telluride, Colo. in May and has since been screening at film festivals across the country. With awareness spreading fast, Tim’s case is now highly regarded as a rallying point for the environmental movement.

The film couldn’t come at a more relevant time. With the election now over, critics are pointing to the fact that, for the first time since 1984, climate change wasn’t mentioned in any of the presidential debates. The lack of attention only serves to reaffirm Tim’s warnings of the government’s silence on one of our generation’s most pressing issues.

Liberal filmmaker Michael Moore said the film is, “A shocking look at how far the energy industry and the government will go to crush just one voice.”

The Gages have been creating award-winning documentaries since 1993 when they left their careers producing and directing TV commercials and fictional features in Los Angeles and moved out to Telluride. They continually aspire to create compelling films that will empower viewers and raise awareness about issues that are otherwise underrepresented in mainstream media.

At the screening, Beth and George mentioned that they hope for a theatrical release of the film on April 21, 2013 – the day before Earth Day as well as the day of Tim’s scheduled release.