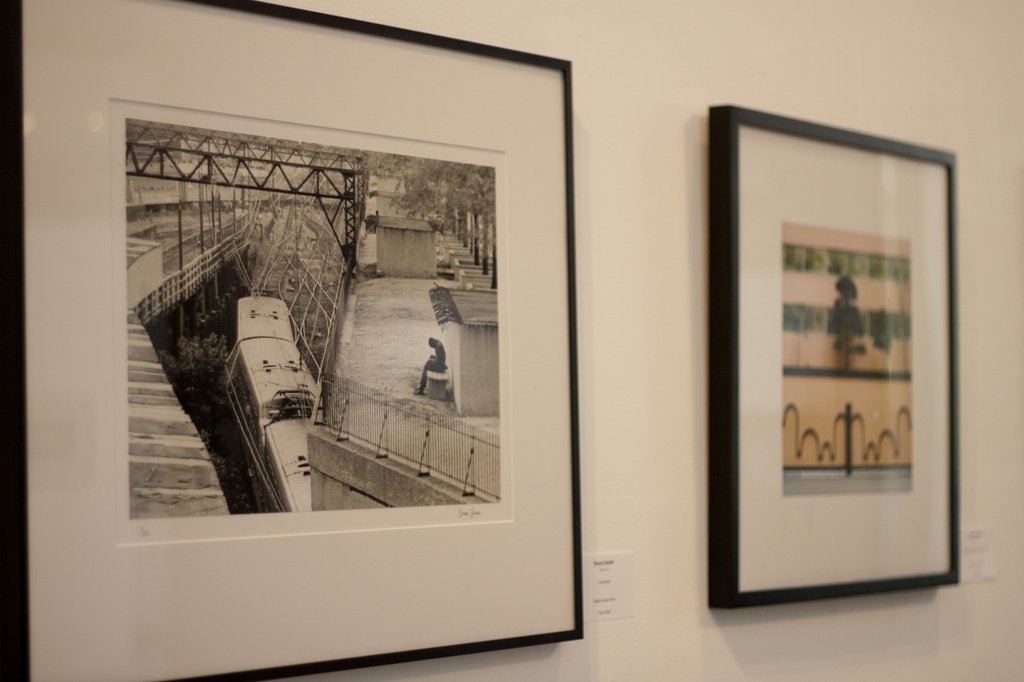 Recently, Colorado Photographic Arts Center issued an unrestrictive call for entries for “Street View” exhibition with a guideline of “all lens-based media.” The result is mesmerizing – a great ensemble of street photography for every taste, coming from every part of the country and the world. The exhibition/contest features works from North Carolina, New Mexico, Illinois, Texas and a few from New York, as well as from Mexico, Senegal, England, and France. It is truly an interesting exhibition just a few miles away from Denver.

Some photographs are made with digital cameras, some – with film, and some were even taken with a phone. They tell stories of a single moment in time, capturing the essence of people and their environment. Out of all this variety, the four best works were chosen by a juror Anne Kelly, the associate director of photo-eye Gallery. Best of Show and a $300 award were given to two works by Kendall Davis from Texas. Davis took pictures of neighborhood teenagers playing on the street, one in color and the other in black and white, capturing their movement and emotion.

The three works received Honorable Mention – “Pink Dress” by Theo Stroomer from Denver, “Street Art Love” by Stacy Keck from Boulder, and “A Smoke and a Text” by Michael Flicek from Casper, WY. “Pink Dress” shows a beautiful ballroom dress in the window shop, surrounded by dark buildings and shadows. “Street Art Love” is an adorable image of a couple embracing against an amusing graffiti. Finally, “A Smoke and a Text” depicts a man smoking alone on the dark street. All three works have great stories, full of sentiment and thoughts.

The exhibition not only showcases current examples of street photography genre, but also suggests that great photographs can come from anyone using any equipment. It is in the details, senses and emotions.