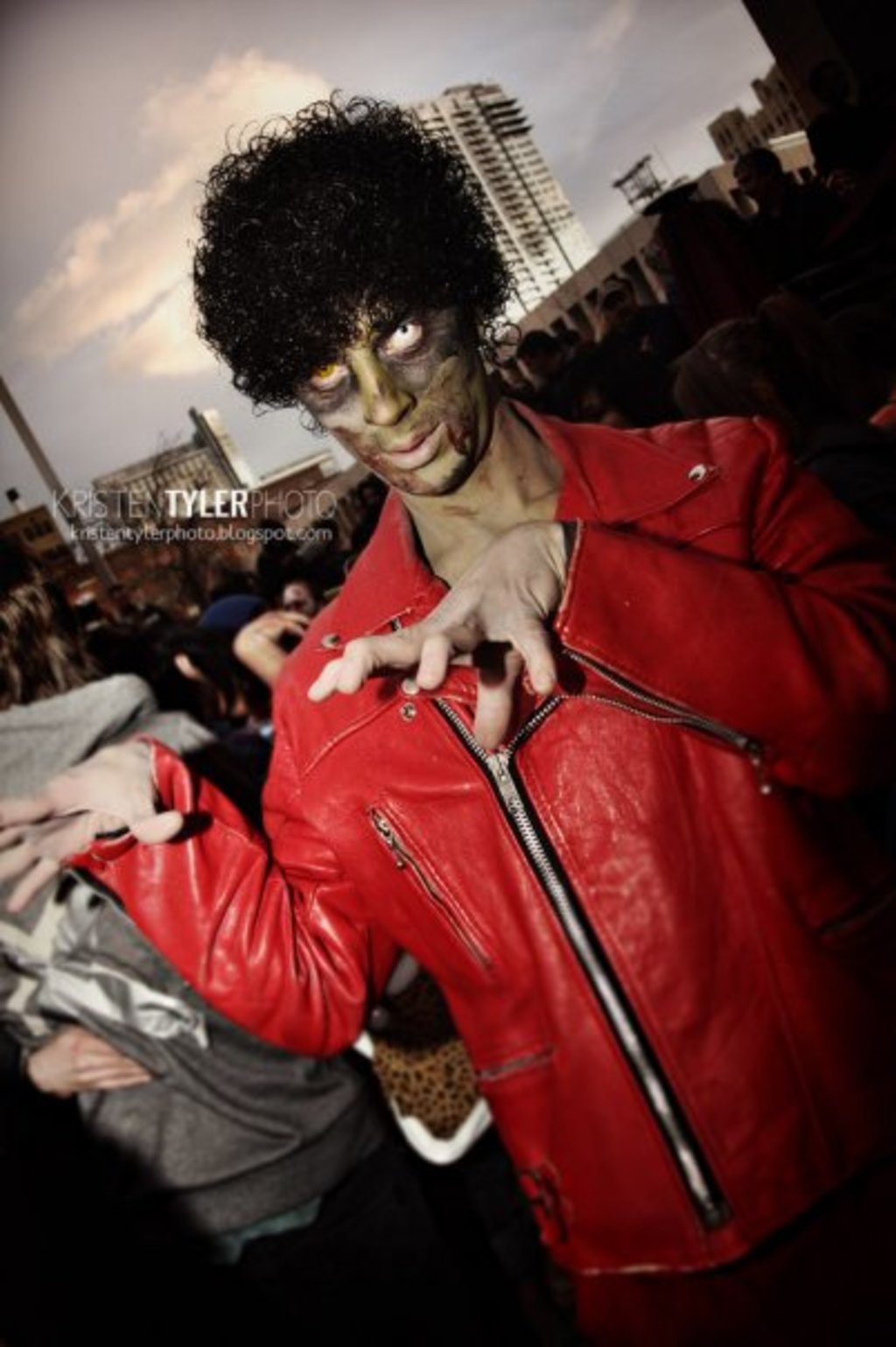 Let me be the first to admit that I’m not a zombie fanatic. I didn’t understand the big deal with the undead until my friend Becky and I happened to be eating Indian food near the 16th Street Mall during one of Denver’s first zombie crawls. The phenomenon came alive for me when I witnessed zombies on the mall ride, waiting to amble across the street and even pretending to attack secretly-consenting pedestrians. In its essence, it was a performance art-based costume party—a pre-Halloween opportunity to role play in the streets. I was so down.

If what’s left of my memory serves me correctly, the only zombie flick I’d seen up to that point was my buddy Eric Bakst’s short film Working Stiff (zombie comedies like Shaun of the Dead and Zombieland have entertained me since). Michael Jackson became my point of entry. I was a little too young to appreciate Thriller when it was first released, but singing, dancing zombies were right up my alley. I’d already scored red pleather pants at a thrift store some years back, and Team EZ performers like myself had been expected to purchase zombie contacts for LA’s Electric Daisy Carnival that June. When I stumbled across a red leather jacket at Buffalo Exchange that August, there was no turning back. All I needed to complete the ensemble was a Jheri curl wig and some makeup.

In its seven year lifespan (living dead-span?), Denver’s Zombie Crawl has become arguably the largest on Earth (Seattle is apparently our only competition). This year’s reanimation is set to go down Saturday, October 20 at Skyline Park. Casselmans hosts the official after-party featuring headliner Celldweller. Lurch over to EyeHeartBrains.com for further information.