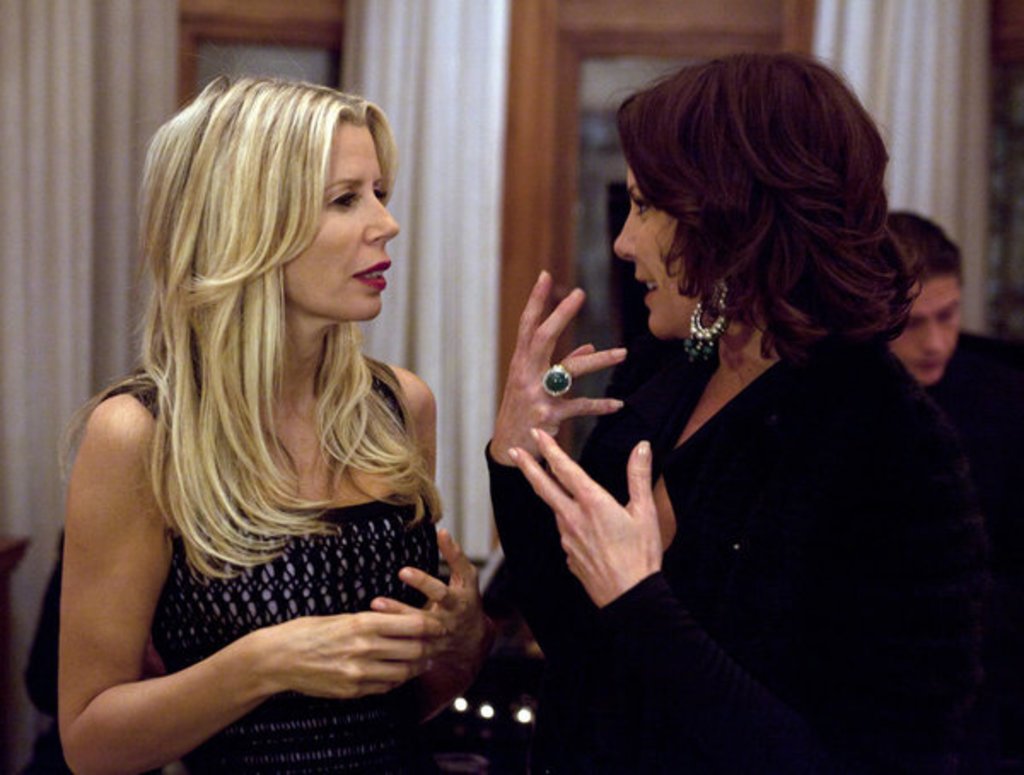 I am disappointed. When I came into these reunions I expected screaming matches, hair pulling and tears. What I got instead was a room full of timid women who were more apologetic than angry. Talk about a buzz kill. While Reunion Part II of The Real Housewives of New York City began with a bang, by the show’s end, I had to keep hitting myself to stay awake. 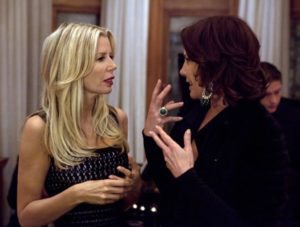 Andy Cohen wasted no time getting into the juicy details behind LuAnn’s night with Tomas (a refresher: he was the Johnny Depp lookalike) in St. Barths. But according to LuAnn, nothing happened between them. Tomas simply offered her a ride home and then she invited him in to see the house. I call bulls**t. We aren’t stupid, LuAnn. You were clearly infatuated with Tomas from the moment you laid eyes on him and now you’re going to tell me that the only reason he came in was for a house tour? Riiiiight. If that were the case, you wouldn’t have repeatedly LIED to the ladies and to Jacques about who accompanied you home that night. It seems that there is something more to the story that you aren’t sharing with us. Tsk, tsk Countess.

Of course the reunion wouldn’t be complete without mention of the infamous George (cringe.) After all of the ladies unanimously agree that George is inappropriate, Andy asks Sonja if she was offended by Aviva setting her up with her father. Seriously, Andy? That’s the best you’ve got? Clearly Sonja wasn’t offended or she wouldn’t have played along with George’s antics in Miami. Was it really necessary to waste time with a question that could have easily answered itself?

As if that weren’t enough, Andy then goes on to ask Aviva about how George’s sex life was with her mother. Am I the only one that isn’t interested? The last image I need stuck in my head is of George doing the nasty. Can we please, for the love of God, stop fixating on this man’s sexual prowess? It’s seriously disturbing. 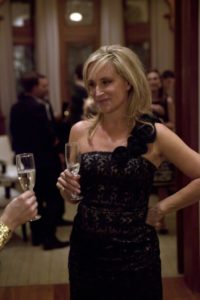 Then there’s the whole toaster oven fiasco. I find it comical that we have yet to see this glorious toaster oven in the flesh. After all of the hours that Heather spent helping Sonja design a logo (not to mention the photo shoot for the toaster oven box) you would think that the damn thing would finally be on the shelves. According to Sonja, she’s waiting until all of the products in her line are ready, THEN she will sell the toaster oven. My question is, why wait? I mean, I’m no businesswoman, but it makes more sense to me to just go ahead and sell the product as opposed to letting it sit in some dusty warehouse for a couple of years (especially after all of the work that has gone into it.)

Perhaps the biggest blow comes when Sonja pulls out fan made logos to show to Heather. Damn girl, you’ve got some nerve. After all Heather has done for you (free of charge) you’re going to play her like that? Talk about ungrateful.

While the conversation eventually returns to the battle between Aviva and Ramona, I’m not going to get into it. To be honest with you, I am sick of rehashing the same thing over and over again. Come to think of it, I’m not even sure why the issue is discussed considering the fact that it was already covered in Reunion Part I.  Luckily, there is something new on the horizon, as next week’s episode will feature footage from the season that didn’t make the cut.