With Denver Fashion Weekend kicking off tonight, it’s only fitting that we take a look at the way the articles we wear are evolving and gaining a mind of their own.
In the very near future, fashion, style and technology will come together as one in the form of wearable technology. Here’s some of the ways wearable technology is grasping the globe today, tomorrow and beyond.
Smart shirt-
First introduced in the medical field, the smart shirt measured heart rate, temperature, and ran an EKG. Real time data is sent wirelessly to a central monitoring station and interpreted by medical professionals.
The smart shirt is now making it’s way into the mainstream via high performance athletes. Under Armour has a skin tight garment that monitors vital performance metrics such as heart rate and speed. It’s speculated that we may soon see these incorporated into professional sporting events, with real time data relayed to coaches and spectators.
Along the same lines, the Somnus sleep shirt monitors your sleeping patterns and helps you determine how much quality sleep you’re getting. It also educates you as to how alcohol, exercise and stress affect your sleep routine. It’s definitely a tool we can all find a use for.

Wearable Charger-
The bevy of fascinating technology available at our fingertips is useless without power. There are a number of companies working on wearable devices that can effortlessly power a number our many gadgets.
The battery bracelet is one. It’s cool because it holds a useful charge, works with a number of different gadgets, and is conveniently located on your hand for easy access.
The Volt belt buckle is another trendy gadget charger, although you’re limited to being near a power outlet. Just remove the buckle and boom, you’ve got energy.
The coolest form of wearable charger has got to be the charging smart shirt. Engineers have created a regular $5 cotton tee shirt that can hold a charge. Essentially they used some simple chemicals and heat treatments to make the shirts conductive, and capable of charging us up. While not yet commercially available, this will be surely be a hot trend down the road. 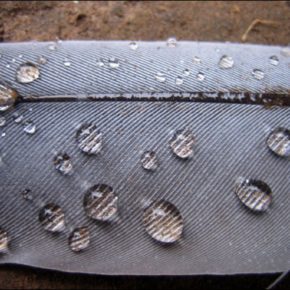 Self-cleaning fabrics-
Laundry is a necessary evil, but will that always be the case? Not if chemists have their say. Researchers have found a chemical compound that, when infused into a fabric, has been shown to display self cleaning properties!
In one scenario, titanium dioxide was combined with common fabrics. When this chemical compound reacted with sunlight, it naturally was able to kill pesticides, pathogens and bacteria! The product is not yet commercially available, but would be incredibly valuable for vacations, camping trips and those with limited resources; not to mention perfect for the average college student! 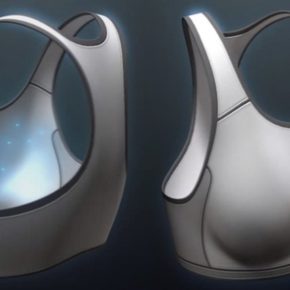 Smart Bra-
A number of perfectly healthy women go in for a routine mammogram, only to find out that they’ve fallen victim to breast cancer. The main problem with today’s detection methods is that we’re simply not diagnosing the problem early enough.
A company called First Warning Systems has developed a smart bra that is adept at detecting cancerous tumors more effectively and with less false positives than a mammogram. Not only that, the smart bra can detect tumor formation up to six years before traditional MRIs and mammograms.
First Warning Systems plans to debut the technology in Europe in 2013, and with FDA approval, the United States in 2014.
Smart glasses- 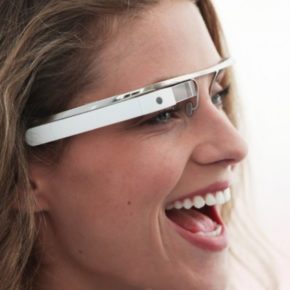 Smart glasses are the most widely discussed form of wearable technology. Google, Apple and Oakley are all working on a slick pair of shades with a heads up display located just in front of one of your eyes, giving you all of the features of your smartphone, hands free and conveniently on your face.
To navigate through the user interface, it’s been speculated that a small hand-held or wearable controller, our smartphones or hands free voice control would control the suave specs. Smart glasses unfortunately aren’t expected to be commercially available until late 2013, but they will be a real game changer in both the fashion and tech worlds.
Smart contacts-

This concept is the ultimate in wearable tech. Something as small as a dime resting directly on your eye feeding you augmented reality vision, enabling GPS, photos and surfing the web.
The science behind smart contacts is incredible, but it’s rumored that such technology would still require an external power source. Don’t expect to be able to sport a pair of these anytime soon, but the technology is real, and it’s being fine tuned behind the scenes.
Digital Eyeshadow-

Probably the most aesthetically appealing form of wearable technology, though it may not be too comfortable to sport…yet.
Designer Lulin Ding was frustrated with how the beauty of eyeshadow was only visible when the models’ eyes were closed. She created a form of adjustable LED ‘eye shadow’ that can be installed and powered with thin, nearly invisible wires. Her brainchild creates a stunning effect and it wouldn’t be surprising to see something similar on the runway or perhaps in clubs down the road.
The Future
We’re living in an amazing time; the temporal birthplace of the styles of the future. Fashion and technology, once mutually exclusive, are becoming eloquently intertwined forever. We’re the test subjects. Our mind is the originator, the world is our canvas. We’ve got a front row seat to the trends of the future, and boy does it look bright.