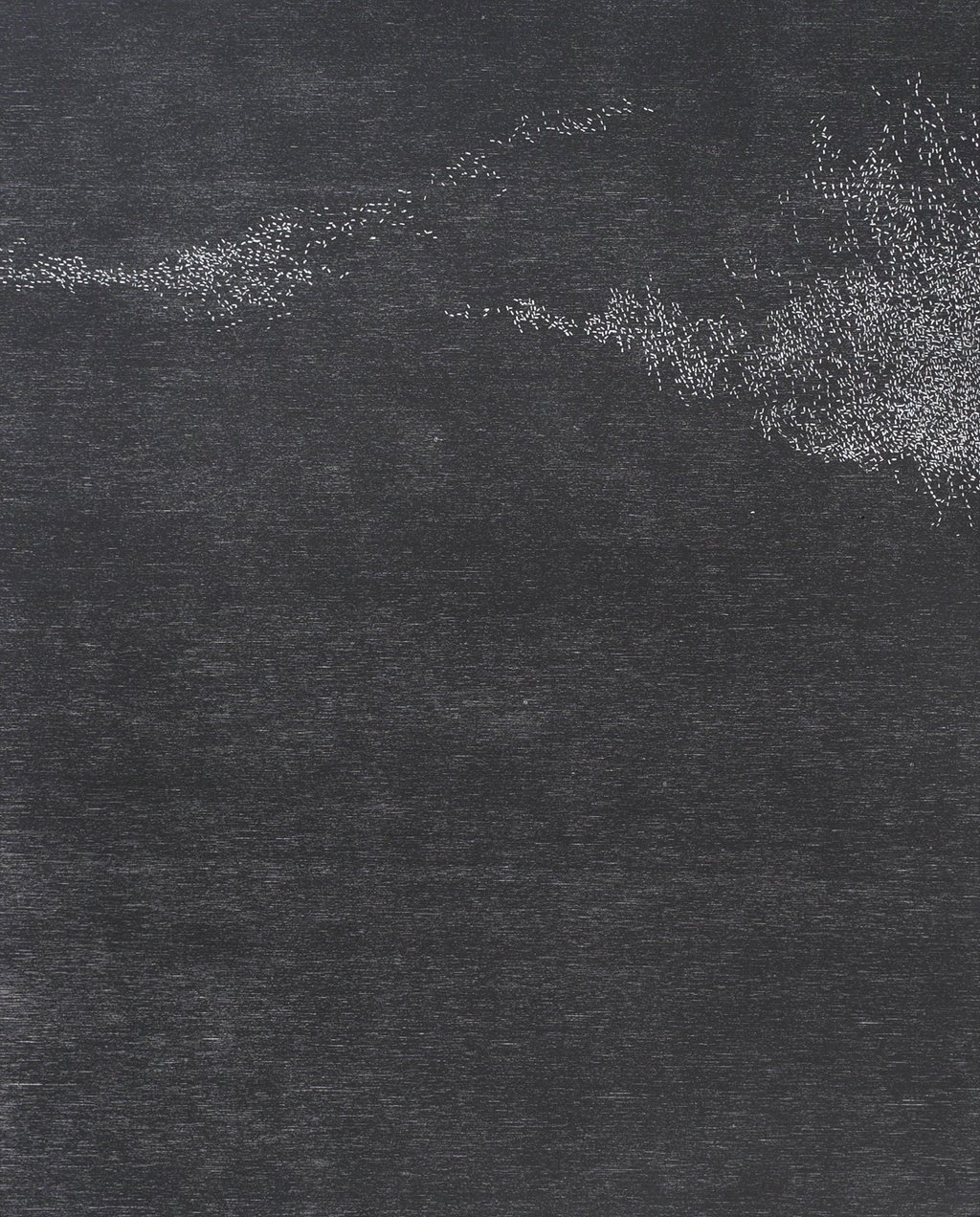 The Other Primary Colors: Black, White and Gray

Red, blue and yellow. The primary colors. Mix them together and you can get virtually any color in the rainbow. But what about the other primary colors? I’m talking about black, white and gray. What can be made with such drab hues? 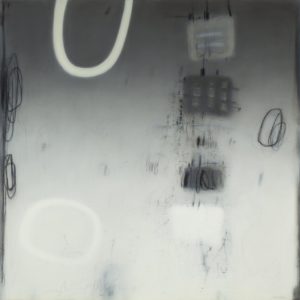 Take Tonia Bonnell’s woodcut prints for example. Exploring the concept of Emergence (a theory that states that complexity can arise from the interaction of many simple components,) Bonnell uses repetitive marks to create her images. Initially, these marks appear to be insignificant, as they are set against a stark black background. However, after looking at each piece in its entirety, it becomes clear that when put together, the marks create intricate masses that form what appears to be flocks of birds or large continents.

Or there’s Carlene Francis, whose four large oil canvases explore the relationship between simplicity and complexity. Influenced by Asian design elements, each piece contains various symbolic circles (enso) and box shapes. In addition, messy black circles and what look like random pencil marks are featured within each piece, providing a contrast to the neatly rendered white circles and gray box shapes. Set against a background that fades from dark to light (or in other canvases, from light to dark,) simplicity and complexity are juxtaposed, resulting in a balance between the two.

While black and gray prove to be the theme of the main gallery space, moving into the back room, white makes its debut. Take Marks Aardsma’s Veil series for example. Using deconstructed raw canvas, Aardsma’s pieces explore the nature of painting itself. Each piece contains a series of miniscule strips of canvas, cut so finely that they are virtually transparent. Layered on top of each other, these strips provide texture to the works, while highlighting the fact that light and space are physical, not an illusion.

Exploring the essential properties of painting, The Other Primary Colors: Black, White and Gray provides a fresh perspective on the way we view art. The exhibition runs through Oct. 20. All pieces are for individual sale. For more information visit www.spacegallery.org.