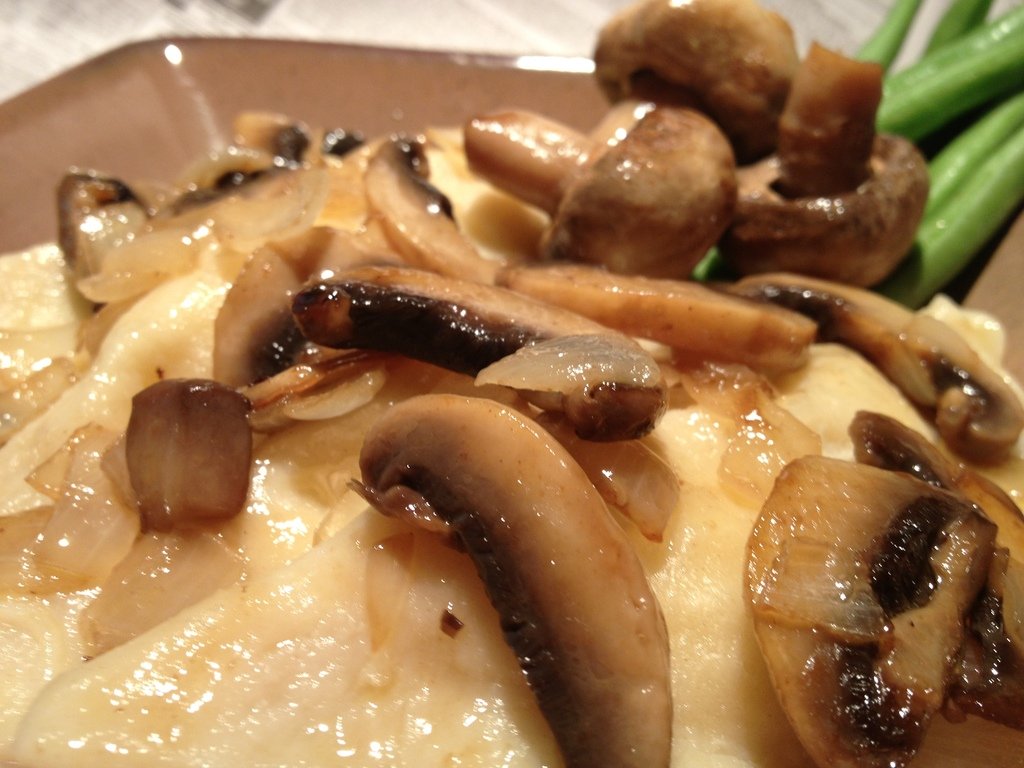 Learning Vegetarian Week 3: Did I Mention That I’m Russian? 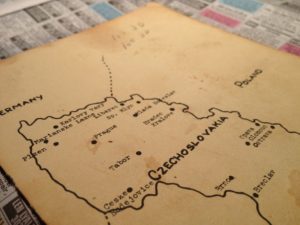 Since becoming a vegetarian, I’ve been slapped in the face by the fact that I can’t eat some of my favorite dishes anymore. I confessed last week that I used to love bacon. I’d eat a savory BLT every week, would order an omelet with bacon in it, and would even eat green beans topped with bacon. It’s been easy to cut all of those from my every day eating, but it’s a little hard to avoid meat when it comes to my heritage, because Russians love meat.

Whether it’s Polish sausage (which I never liked), minced meat, or anything dead in the deli, meat is a Russian staple. Take for instance my birthday meal every year: Halupki, pronounced ha-loop-ka. It’s basically ground beef, white rice, and tomato sauce stuffed heavily inside of a cabbage leaf, then topped with you guessed it, bacon. Since it would be pretty hard to recreate Halupki with meatless ingredients, I have to turn to other Russian favorites to please my family: the pierogi.

Instead of stealing my grandmother’s recipe or having them completely take over and just make them for me, I decided to wing it myself. But in order to save myself from getting threatening emails saying that I’ve misrepresented the Russian culture by making pierogi’s wrong, I’d like to give you a disclaimer.

*The following recipe was created by Lindsay Maynard and is not intended to represent the Russian culture in any way. I borrowed some of the required ingredients, but this is solely my version for this delicious meal that you’re about to cook. So please, don’t yell at me in Russian.

The filling (make this first)

Place boiled potatoes in mixer (or bowl) and throw in your milk and butter. Mix until consistency is smooth, but a little sticky. Next, mix in the shredded cheese, raw onions, and salt. Mix. Set aside while making your dough.

The dough (you’ll need to work quickly with the dough)

Whisk egg, and then add to sifted flour and salt. Pour in vegetable oil and ½ c of warm water. Blend slowly in a mixer, or stir in bowl.  Mix until it has formed a ball. If the dough seems too thick or dry, add a little more water until it’s slightly sticky and flexible. If you mixed dough in mixer, place in bowl and cover with towel for 7-10 minutes until it’s a cool and flexible texture. You don’t want it to be sticky, so if it is, leave it for a few more minutes. Once the dough has rested, you’re now ready to create your pierogi.

Work quickly so dough doesn’t dry: Place flour on a clean, dry surface or on a cutting board. Make sure the surface is coated with enough flour so that the dough doesn’t stick. Break out your rolling pin or a tube-like glass and coat with flour. Roll the dough out to be flimsy and thin. You want it to be about the thickness of ravioli, but not too thin where it can’t hold the filling. Once the dough is rolled out, cut it into 3” squares. Pick up each square and pinch them a little to make it flimsy and workable. Next, spoon out one teaspoon of filling and put in the middle of each square. Fold over one corner to the opposing, making a triangle. Press the met edges tightly in order for the filling to stay in once boiled.

Cook: Place pierogis in salted, boiling water for 5-8 minutes or until they’ve floated on top of the water for about 2-3 minutes.

Since there’s butter in the filling, you won’t need any butter on top. Instead, you’ll have a tangy, white wine flavor that covers silky, creamy pierogis. I love throwing in extra veggies in everything I make, so I added the mushrooms to the dish. You can add any veggies of your choosing. Just make sure they won’t mask the delicious flavors inside of the pierogi. It resembles that Russian/Polish staple, along with some new flavors that you have to add. You can find thousands of recipes for simple pierogis, but adding wine to the sauce makes this original and caters to the busy men and women who need a little alcohol after a long day’s work.

The Topping: While the pierogies are boiling, sauté some chopped onions and sliced mushrooms in some white wine. Once a little brown, throw your pierogies on a plate and pour the sauce on. 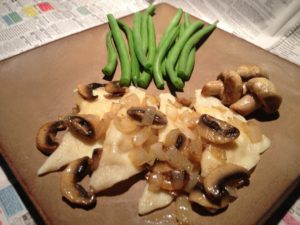 For all of us who have a meatless diet, there are ways to still eat your culture and make your grandparents proud. So here’s to you, Grandma and Grandpa Urista. до свидания! (Goodbye!) 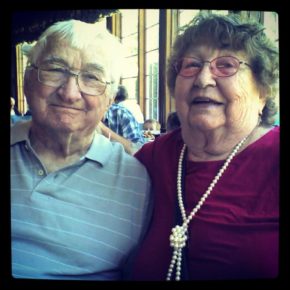