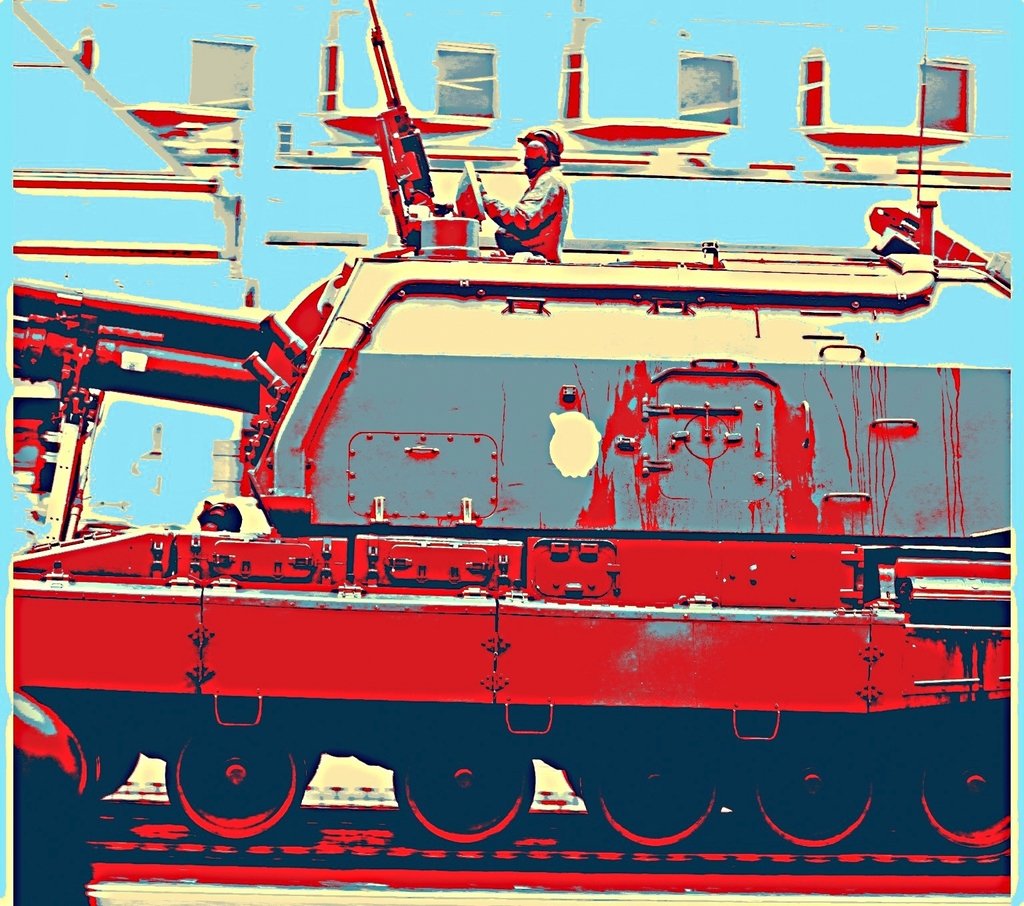 Workers of the World Unite by Al Heuer

Many of us consider communism to be a thing of the past. But with nearly 1/5 of the world currently living under communist rule, the political system is just as relevant today as it was when it was conceived. Al Heuer of Red Army Art recognizes this fact. As a traveling photographer, Heuer’s work pays homage to the bright colors and bold messages of communist propaganda posters, while serving as a reminder of the movement’s applicability to the current age.

Six months ago, Heuer made his way to Russia, snapping thousands of photos of various monuments, buildings and places that he felt best captured a sense of the country’s communist presence (and past.) For example, on May Day (which in Russia celebrates the labor movement,) Heuer marched with 50,000 communists through Moscow and attended demonstrations against Putin. “This occurred during Putin’s inauguration and the streets were filled with protestors, communists and anarchists, all in united opposition against him,” said Heuer. 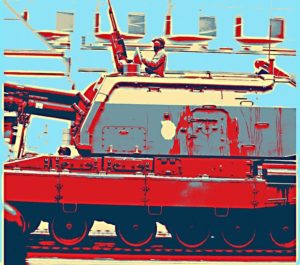 Then there was Victory Day (a parade that celebrates the defeat of the Nazis in WWII), where Heuer looked on as thousands of tanks, missiles and soldiers marched through Moscow. “It was exciting to see, but it had an eerie feel to it, as if the capital was being taken over again,” said Heuer. Seeking to transfer those same emotions into his work, Heuer uses Photoshop, manipulating his images to create one of a kind, striking photographs. Take his piece “Red Army Conquest,” for example. Shot during the parade, the work depicts a lone soldier who stands poised and at the ready in an enormous red tank. “I wanted to give it a feel of a Soviet army moving in and taking over so I removed the people from the [Victory Day] parade,” said Heuer. The sheer size of the red tank contrasted with the small figure of the soldier adds an almost overwhelming feeling to the work. But while its subject matter may be serious in nature, the piece’s bright red and cool blue hues add a playful pop art flair to the scene. 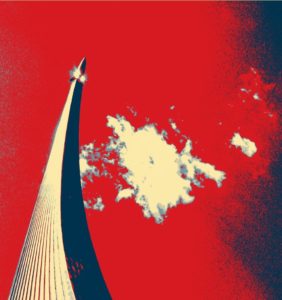 The same can be said of Heuer’s piece “Rocket Red Glory.” Depicting the Monument to the Conquerors of Space (a statue that commemorates Soviet space exploration,) “Rocket Red Glory” serves as a reminder of the space race (between the USSR and the US.) By the same token, the piece’s white clouds against the red backdrop make the monument appear as if it is reaching into the heavens. In addition, the rocket itself appears as if it is about to launch into space, adding a sense of action to the piece.

But Heuer’s work is more than just manipulating images to create pop art. It’s about creating conversation amongst viewers. “The whole idea is not just to have art, it’s also to create thinking and stimulate political debate,” said Heuer. “It’s amazing to me that after 90 years of suppression of communist philosophy in this society, people are still to this day moved by this art either positively or negatively depending on their political stance.”

Whether it is through the subject matter itself or the bold colors incorporated into each piece, Al Heuer’s Red Army Art is a sure conversation starter. To see more of Al Heuer’s work, visit www.redarmyart.com. Heuer’s next show entitled “Red Army Art” opens at 7 p.m. on Sept. 7 at The Meadowlark Bar in Denver and runs through the month of Sept. The show will feature prints from his trip to Russia as well as pieces from his journey to China.