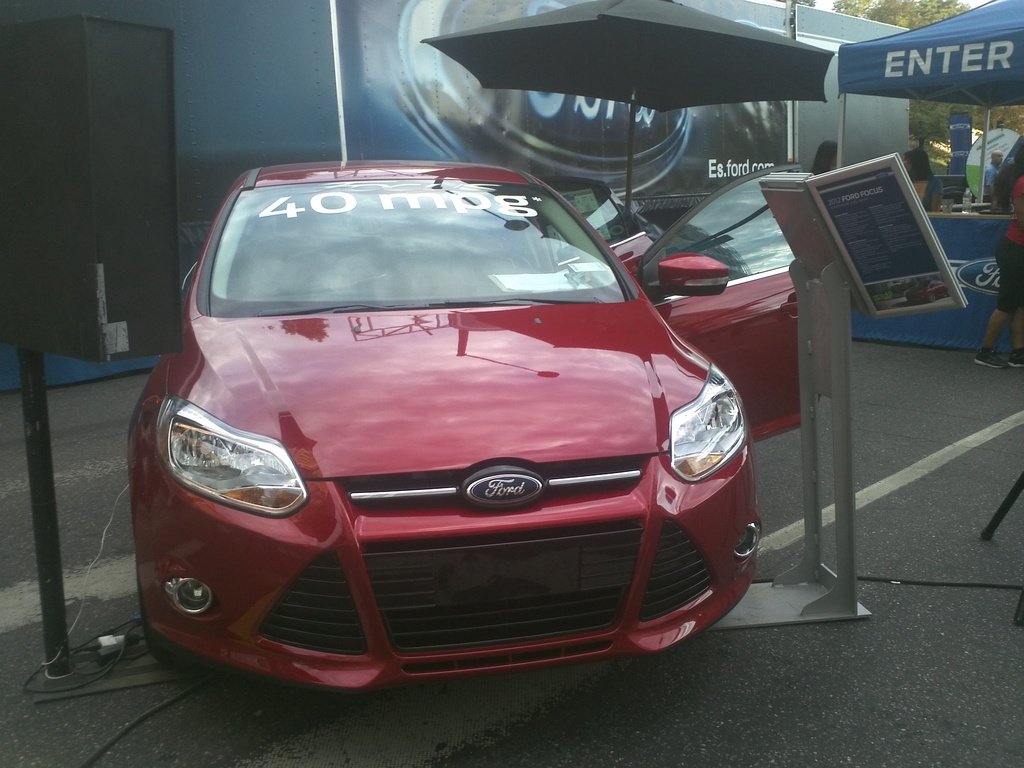 Cars From A Woman’s Perspective: Drive Ford’s New Lineup & Enter to Win a Ford at A Taste of Colorado

Get up close and personal with the majority of Ford’s new lineup this holiday weekend at A Taste of Colorado. As part of their new lineup of electric and hybrid vehicles, the Focus Electric and C-MAX Hybrid will be available for personal test drives. The Ford driving experience (look for the green tent near Colfax & Broadway) is slated to be available throughout the day on Friday, and from 10:30am-10pm Saturday and Sunday and 10:30am-8pm on Labor Day. Ford will say thank-you for taking a test drive with 15 tickets to use at the festival as parting-gift for getting behind the wheel of the Electric or C-MAX Hybrid.

The Ford Tour is approaching the homestretch of their 31-city tour which started in West Palm Beach, FL in January, finishing up in Homestead, FL in November. Look for the blue tent to enter-to-win a sweepstakes for a new Ford vehicle of your choice up to $30,000. While you’re at it, sit inside the new Fusion on display to play a Vegas-style slot machine game to win a crispy $10 bill on the spot. Aside from gaining the admiration of by-standers, ten bucks will buy you 15-dollars worth of festival tickets. Even if you don’t win the dough, Ford won’t let you walk away empty-handed, you’ll still get a nifty Ford pen with a small flashlight on it as a consolation prize. Yeah, baby, it writes, and it lights.

After hopefully feeling like a winner at the Ford display, chow down on gourmet cuisine, while raising your cup to live performances from Spins Doctors, The Pointer Sisters, G. Love or Lou Gramm. The festival will also feature arts and crafts booths, carnival rides and attractions.

Admission is free to A Taste of Colorado, but once you’re in, you have to purchase tickets for food, drinks and rides. Cash is king at the ticket booths, as checks and credit cards will not get you anywhere.

WHAT: The Ford Experience Tour comes to A Taste of Colorado

WHERE: Near Colfax & Broadway at Civic Center Park, Denver