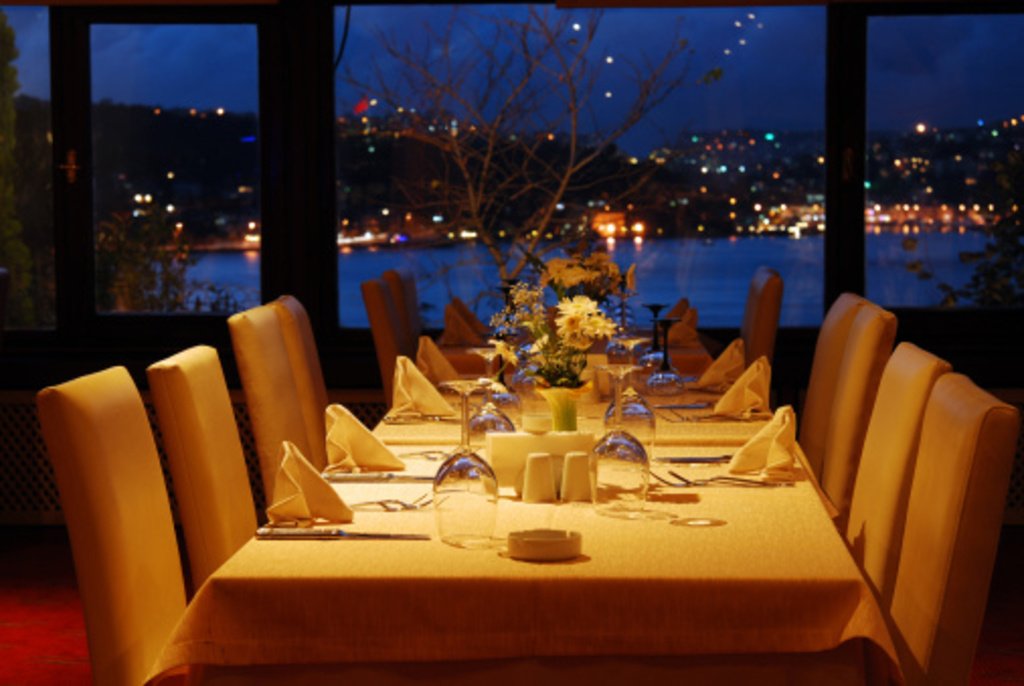 When I asked for a return to normalcy, I didn’t mean for the ladies (or their husbands) to go around in circles, bickering about some issue that happened episodes ago. Why can’t there be a happy medium? Either my jaw is on the floor with surprise or I’m poking myself, trying to stay awake.

This week’s episode of The Real Housewives of New York City proved to be nothing out of the ordinary. Then again, I guess that’s a lot better than hearing about George’s sexual escapades (Ew). The show kicks off with a meeting between Sonja and Heather to discuss Sonja’s brand. But no branding discussion is complete without the lovely Ramona. Why Sonja invited Ramona to take part in the meeting is beyond me. It has been made clear that the two don’t get along. It’s as if she’s trying to make the situation as uncomfortable as possible. And indeed, it is. Between Ramona criticizing the logo that had been agreed upon and answering her phone in the middle of the meeting, I almost expected Heather to lunge across the table to strangle her.

Unfortunately, the Ramonacoaster doesn’t end there, as she invites all of the ladies (aside from Heather, of course) to a fancy dinner at Le Cirque. But before all of the attention is placed on Ramona, LuAnn begins talking about her “American Indian” parents. Harmless enough, right? Nope. Enter the battle of “Native American” versus “Indian,” starring Carole Radziwill and LuAnn de Lesseps. Now, I’m not sure what the exact protocol is when it comes to the political correctness of the term, but I’m with Carole on this one (and apparently Mario is too). Want to hear my argument? Ha, as if you had a choice: the only reason Native Americans were called Indians in the first place is because Columbus believed that he landed in India when he discovered America. He was wrong. So logically, Native American would be the proper term, right? It seems to me that the Countess needs to brush up on her history. She also needs to crack open the etiquette book, particularly after her “hold onto your scalp, baby” comment. I am so happy that other people’s suffering can give you a reason to crack a joke. How classy.

As it turns out, the ladies aren’t the only one squabbling at dinner. Pulling out his $1400 bottle of Chateau Margot (that’s not pretentious at all), Mario confronts Jacques about what happened at the wine event. But don’t count on LuAnn to have Jacques back, as she quickly excuses herself to go to the ladies’ room (perfect timing, huh?). Without the darling Countess by his side, Jacques looks like a deer in headlights as Mario berates him for trying to trick Ramona. Wait a minute. I thought women were the ones who held on to trivial b.s.? Have I missed something? Mario, I understand that you are trying to defend your wife, but bringing up the issue long after it has happened makes you look foolish (particularly when your wife is sitting by your side without saying a word).

My favorite part of the episode is the Christmas party LuAnn hosts for Life and Style Magazine (it also happens to be a coat drive for the homeless). It seems that Mario’s feelings about the wine event have rubbed off on Ramona, as she makes clear to LuAnn. “The fact that I’m not screaming and throwing this wine in your face is a pretty different Ramona,” Ramona says. Wow. We should all be so proud. Fearing that the conversation will escalate, Ramona busts out a phrase that is sure to go down in housewives history: “I’m holding the fifth.” Words cannot describe my amusement. Just when I thought Ramona couldn’t possibly put her foot in her mouth any farther, she manages to swallow the entire thing. Maybe LuAnn isn’t the only one who needs to brush up on her studies (and etiquette).

But no Christmas party is complete without singing a few Christmas carols. LuAnn invites all of the girls to join her on stage to sing Jingle Bells with her band. After a horrible rendition of the tune (courtesy of the ladies), one of the members of the band takes it upon himself to exclaim “I want to f*** you in the ass!” over and over again into a megaphone. Talk about putting the cherry on top of a perfect evening. But I suppose that’s what you get when you hire a bunch of guys with four-foot, multi-colored Mohawks to play music at a charity event. With an ending like that, I’m wondering what will be in store for next week’s episode. I just pray that it doesn’t get any more bizarre than it already has (but that’s only wishful thinking).