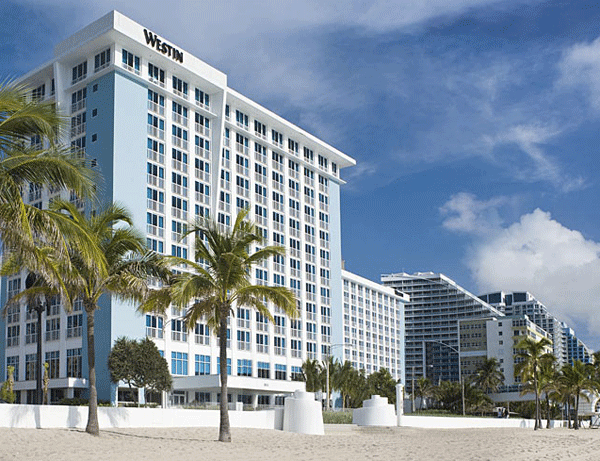 With more than half of the continental U.S. currently facing a drought, the Sunshine State has continued to soak up summer showers from coast to coast. Storm season may seem an odd time to visit one of Florida’s innumerable beaches, but it’s actually the best time of the year to score huge savings on hotels and attractions statewide – and you may not even get wet.

The secret, as most residents and snowbirds will tell you, is in the blink-of-an-eye lifespan of the state’s summer rainstorms. Thanks to the fast-moving Gulf Stream, Florida’s peninsula enjoys predictably short-lived rain showers throughout the summer, with most passing through in less than an hour – just enough time for a quick siesta back in the room. And with hotel savings of up to 60 percent between July and October, it just may be the perfect time for a weekend escape to sunny Florida.

This week, we’re taking a look at two great hotel packages in Fort Lauderdale – the jewel of Florida’s Gold Coast and widely known as the ‘Venice of America’ because of its vast canal system along the Atlantic coastline. Fort Lauderdale boasts excellent beaches, shopping, dining, and nightlife, particularly along Las Olas, so you’ll be spoiled for choice when it comes to daily diversions.

The 432-room Westin Beach Resort & Spa, Fort Lauderdale (pictured) features an idyllic oceanfront locale, as well as an 8,100-square-foot Heavenly Spa and three top-rated restaurants, including the upscale Shula’s on the Beach. With the special Summer Savings rates, you can enjoy deluxe accommodations starting at $169 per night double occupancy, through October 31.

And nearby, the Sheraton Fort Lauderdale Beach boasts a prime spot along one of Fort Lauderdale’s most picturesque beaches, with 486 guest rooms, two pools, and the popular Wreck Bar featuring mermaid performances and an excellent cocktail menu. Through October 31, guests of the Sheraton can stay for as low as $139 per night double occupancy – a savings of 40 percent.

Book the Summer Savings rates, valid through October 31, 2012, online at westin.com or sheraton.com.