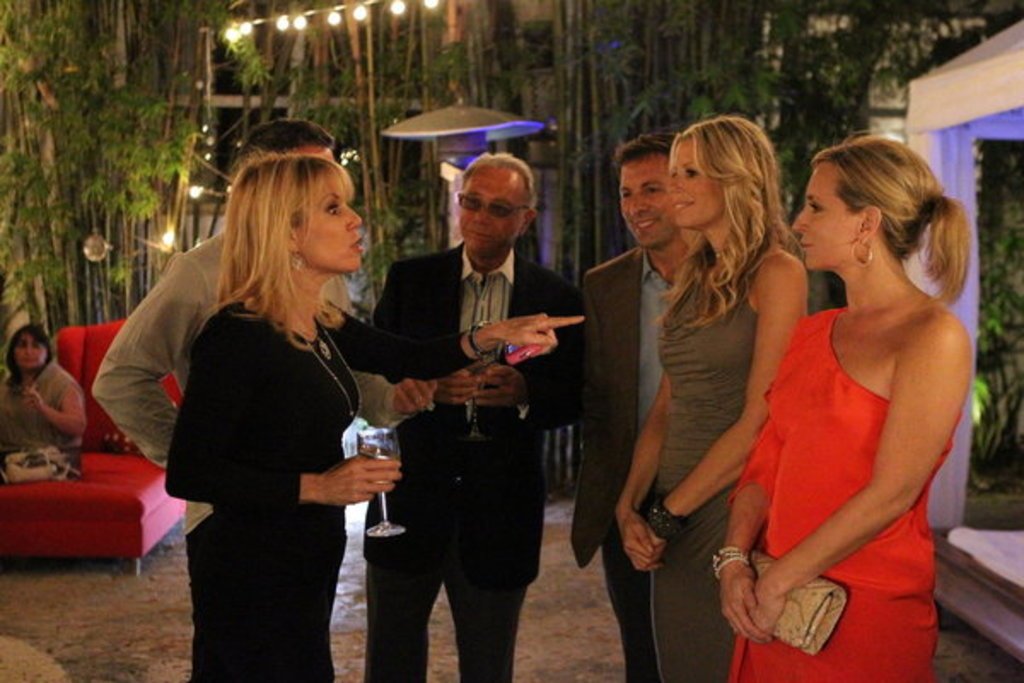 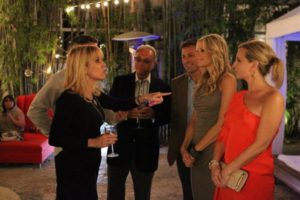 Remember when I said that last week’s episode contained one of the most interesting dinner conversations I’ve ever encountered? I was wrong. Meeting the ladies for dinner at Aviva’s apartment in Miami, George manages to top himself. I guess I should have expected it considering the fact that these ladies are good looking, but when George turns to Carole and tells her that he could give her her first squirting orgasm, I nearly fell off my couch with shock. This man has no filter. Thankfully, the grandchildren weren’t around to hear about grandpa’s sexual fantasies this time, but I was. And I’m pretty sure that I’m going to be scarred for life, with the image of George’s wrinkly, old, gyrating, naked body now etched in my mind. Ew. 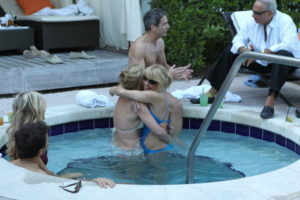 The next day, the ladies visit George at his place to spend some time at the beach and under the cabana. What do you get when you put a sex addict with bikini-clad women? Trouble. If I were the one who grabbed Sonja’s ass unprovoked the night before (as George did), I wouldn’t start the conversation off by telling her to have sex with me because it will be the kinkiest experience she’s ever had. Then again, we are talking about George here, but seriously, does this man ever stop? We get it. You enjoy sex. But at this point your inappropriate comments are starting to get old, just like you, George. And as if that wasn’t enough, when the ladies return to George’s cabana for a dip in the hot tub, George won’t get in because he’ll get erect (his words, not mine). Thank you for sharing that. My life is now complete with the knowledge that your member doesn’t need Viagra to function. You can shut-up now.

Unfortunately, Sonja’s lack of bra and panties at the art party later that night isn’t enough to keep George from getting excited this time and he’s not afraid to show it. I have to give the man props for having the balls (pun intended) to brush himself up against Sonja with a hard on. But once again, the mental image is enough for me to feel sick to my stomach. Cringe. Cringe. Cringe. And judging by Sonja’s reaction (she virtually leaps away from George), it’s a little bit too much for her too. It seems that rubbing your boner on a woman you barely know isn’t a turn on. Who would’ve thought?

Now, I know I skipped over some things (Ramona’s temper tantrum over Aviva’s prosthetic leg getting wet and Carole confronting LuAnn about her meeting with Ranjana) in this episode, but I think we can all agree that George stole the spotlight with his sex-fueled antics. Thank God the ladies will be in New York again for next week’s show. So long, Miami.