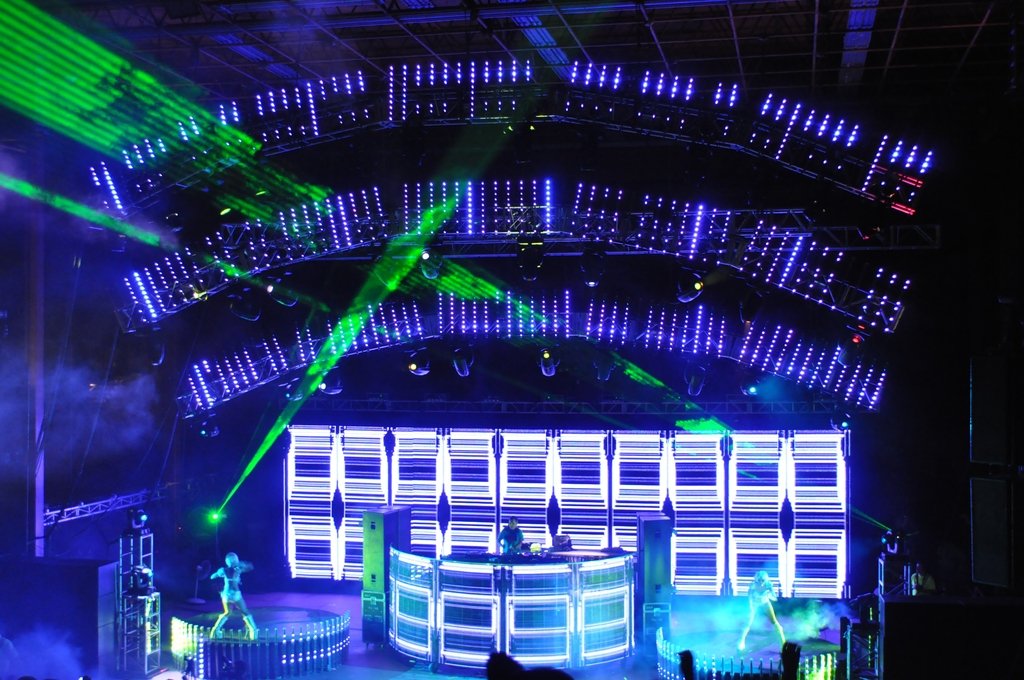 Global Dance Festival Returns as CO’s “Rave On The Rocks”

The annual festival known today as Global Dance Festival has surely come a long way in its history, shadowing the rise of dance music as it grew in popularity throughout the Rockies and the world at large. Officially started in 1999, the festival was originally known as “Rave On The Rocks” and featured only two performances that year by The Chemical Brothers and Fatboy Slim. Heightened concern over the danger of “raves” in the early 2000’s prompted several major changes to the event: most notably, the changing of the name and a switch in management to its current host, Triad Dragons. This year’s event, which will of course be held at the world-famous Red Rocks Amphitheater in Morrison, will mark the tenth year of the festival as one of Triad Dragons’ most successful endeavors.

As one can observe from the evolution of most major dance festivals across the country (think EDC in Las Vegas, Ultra in Miami and Electric Zoo in NYC), Global Dance Festival has undertaken expansion from one day of music to three days stacked with major players in the EDM (electronic dance music) community in just a few short years. Last year was the first year demand was high enough to justify three days and Triad Dragons put together a diverse lineup, featuring everyone from pop acts like Kid Cudi and LMFAO to dance legends and up-and-comers alike. This year, it seems they have embraced the true dance nature of the event and have ditched standard crowd-pleasers for a curated lineup that will appeal much more to the savvier EDM fans, both new and old.

The headliners this year certainly reflect the reputation the festival has earned for itself, drawing major names such as Steve Angello (of Swedish House Mafia fame), Above & Beyond, Zeds Dead, and the highly-influential Knife Party, who are making their first ever Colorado appearance. While a heavy dubstep presence is to be expected for any Colorado event, the organizers made a concerted effort to provide major names to satisfy the most particular dance music fan, even going so far as to provide specific days house (Friday), trance/electro/progressive (Saturday), and dubstep (Sunday) fans should attend to catch their favorite subgenre in the wide expanse of EDM. 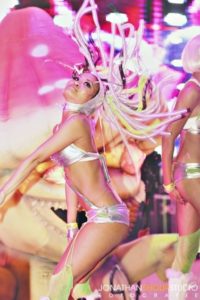 As can be expected at any Triad Dragons event, respect is paid to the state itself and the vast array of talent it provides. Local dance celebrities Ecotek, Dragon, Trajikk, Joman, Jontron, ISHE and Fury will all be making their rounds throughout the three day festival. These names should sound more than familiar to even the most casual dance music fans from Colorado as there is hardly an event you can go to in Denver or Boulder without seeing one or more of these DJ’s on the bill. And of course, as anyone who’s ever attended a Triad Dragons event can attest, no expense is spared when it comes to the engrossing visual aspect complementing the state-of-the-art sound. Plus, there will be TONS and TONS of go-go dancers.

Global Dance Festival runs three nights from Friday, July 20 to Sunday, July 22. Tickets are still available for the entire weekend or for single nights in General Admission and VIP varieties through Ticketmaster. Gates open nightly at 5PM. More information can be found on the GDF website here and you can check out the full lineup and schedule below. 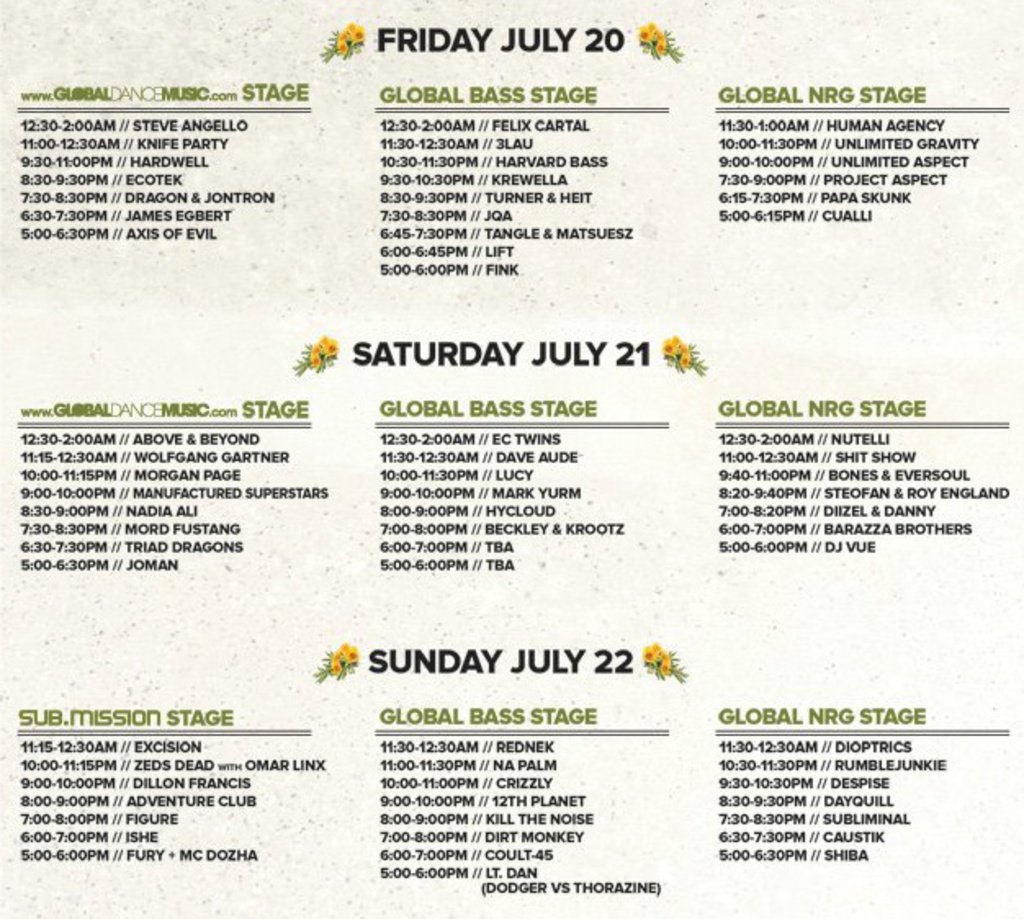 Racines to Permanently Close After 36 Years, But It’s Not Goodbye Yet

Denver Center for the Performing Arts Cancels Hundreds of Events, Cuts Staffing Costs by More than 50%