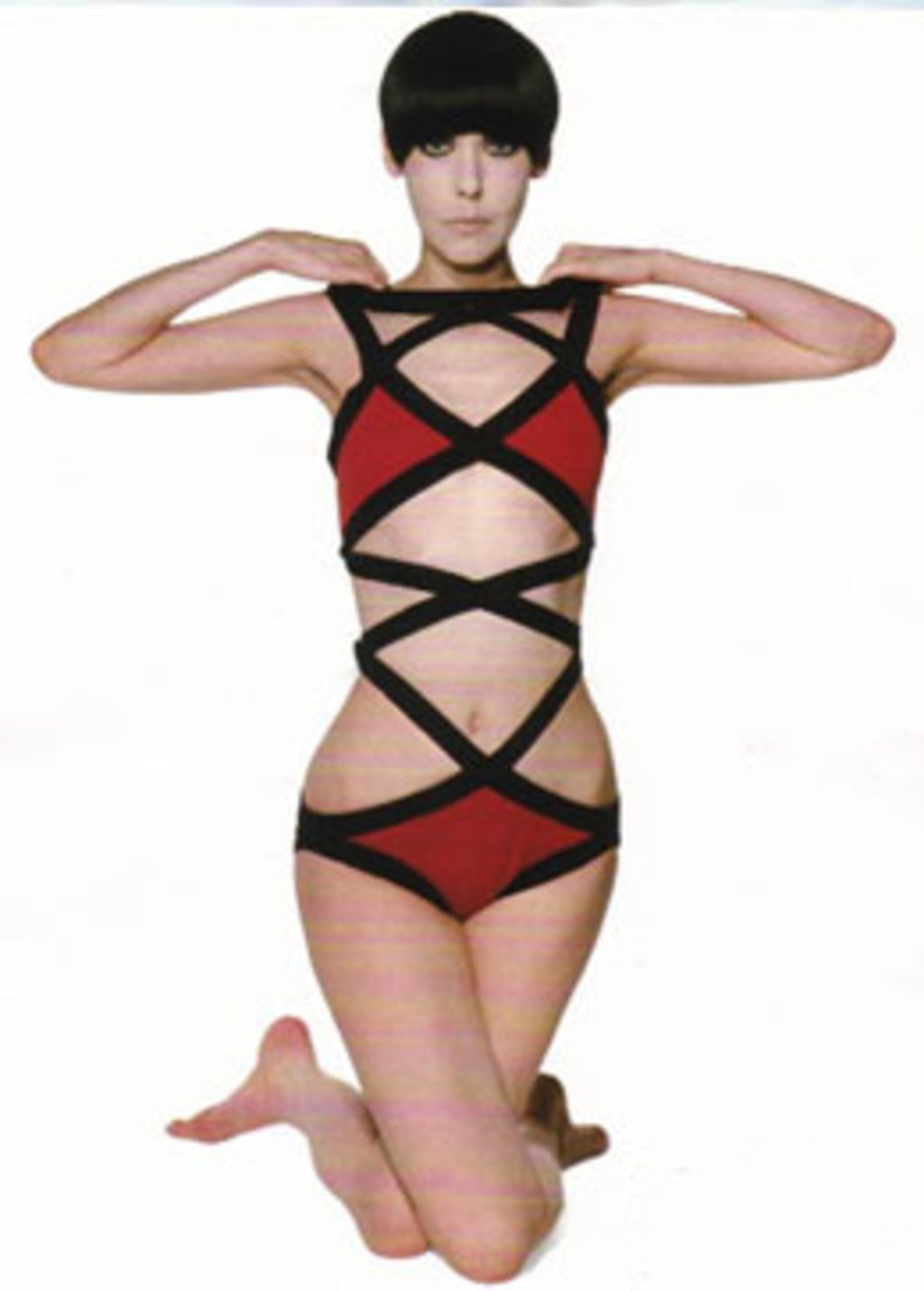 When we consider the ideas and impressions that we have of a given fashion era, it’s not just the way the clothes looked that makes consumers and designers alike turn to them again and again as the decades pass– it’s the way they were worn and the people who wore them that build the images we see in our minds’ eyes when we think “50s New Look,” “60s Mod” or “70s Disco.”  The brave adventurers who embraced new looks and readily rocked them in film, in magazines and on the street are the ones we can thank, for better or worse, for the images and ideas that we attach to certain eras.  For every cliche one can use to critique past fashion (such as thinking of “the Brady Bunch” when we think of the 1970s) there are also classic images one can bring to mind that can be used to show how an era’s style still endures, like  Diane Keaton’s indelible menswear style from “Annie Hall” . Though I saw “Annie Hall” and enjoyed it, it’s Keaton’s look in that movie (which, admittedly, she retains to a certain extent to this day) that sticks with me, more than the story itself.  So while you can think “70s” and see the kids from the Brady Bunch in huge, bedazzled elephant-belled jumpsuits in your mind’s eye, you can just as easily think of Diane Keaton in her waistcoats, fat ties and fedoras.  It’s all in how, and where, you choose to look.

In the spirit of honoring fashion icons who evoke certain eras, let’s look to the Mod era– when a model and modern dancer by the name of Peggy Moffitt really shook up what it meant to be young, hip and beautiful.  You may not recognize her name but if you’ve ever seen footage of 60s fashion models or read about Rudi Gernreich’s controversial “monokini” then you’ve likely seen Ms. Moffitt doing her thing–  moving and stretching and fearlessly being photographed while rocking her signature “5 point” Vidal Sassoon haircut and extra heavy eye makeup.  Peggy Moffitt worked closely with Mod designer Rudi Gernreich as his favorite model and muse, most famously as one of the few models who would wear, and be photographed in, his trademark “monokini,” which left the wearer’s breasts exposed.  Gernreichs’s designs and Moffitt’s unique look and modeling style, catapulted the pair to fashion fame in the 1960s.

During a time when the “sugar and spice” ideal of femininity sought to encourage women to play it safe, Peggy Moffitt was notable for her edginess and her willingness to take risks.  Through her modern dance background she helped to change how models moved and through her iconic hair and makeup, she created timeless images that stand as a testament to the hipness and ingenuity of the late midcentury modern era. 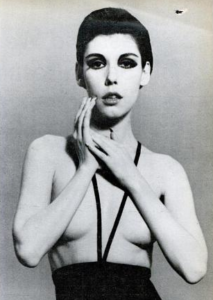 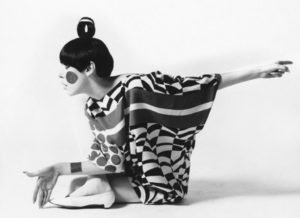 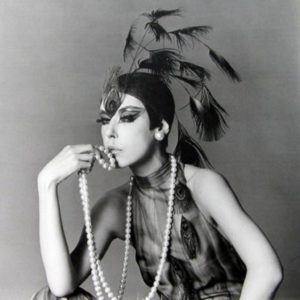 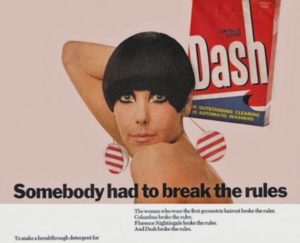 Intrigued by the funky vintage looks you see here?  At Wishlist Vintage I have vintage dresses, rompers, hot pants,jumpsuits, swim suits, mid mod sunglasses, shoes, menswear and more.  This weekend, during the Underground Music Showcase, I am hosting an $11.11 and less sale on tons of great items.  Come by for a great dose of vintage inspiration! Thursday evening from 4-8 pm and Friday and Saturday from 2-8. 240 S. Broadway 2nd Floor, Denver, CO.  Questions? (720) 394-3094