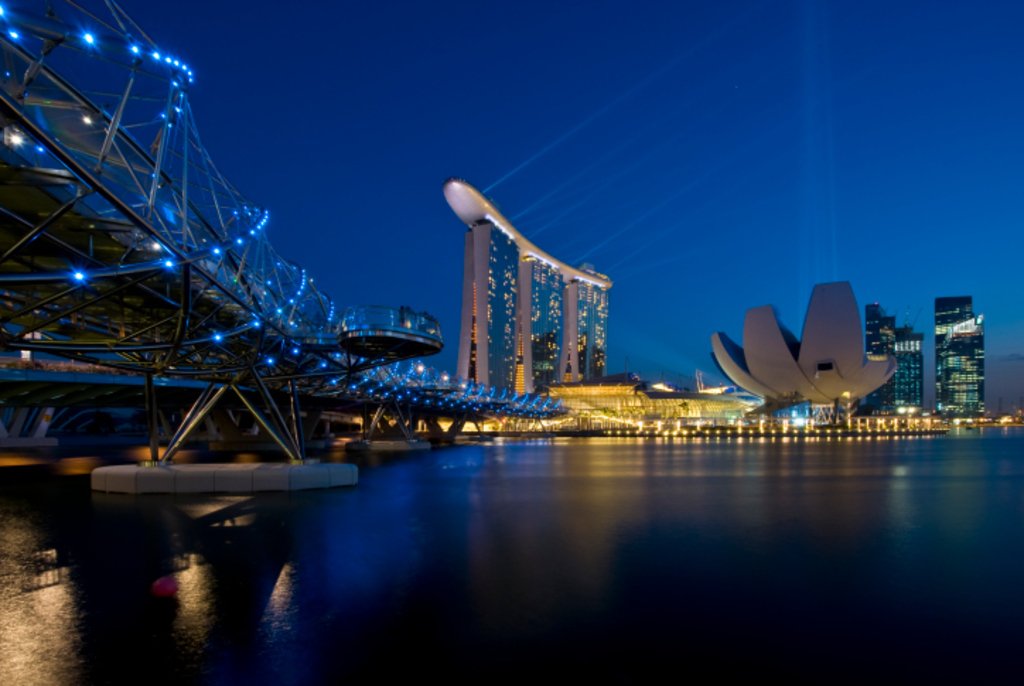 Singapore is a city-state of five million people in Southeast Asia. It’s a melting pot of Chinese, Indians, Malaysians, expats—foreigners who’ve immigrated—and more. The merlion, a fish/lion hybrid, is its national mascot. Yes, they still cane people, but the crime rate’s pretty low so it’s rare. Six months ago, my foodie sister moved there. She led us on an extensive culinary tour during a recent visit. Below are a few of the highlights.

Bacon ain’t got squat on bakkwa. Also known as rougan, bakkwa is a salty-sweet, dried pork product that originated in China. Imagine maple syrup-flavored bacon jerky and you’re getting warm.

Dim sum is basically the Chinese equivalent of tapas. Char sieu is a kind of dim sum with barbecued pork steamed in a sweet roll wrapper. It kinda reminds me of the sweetest varieties of American barbecue.

You can’t go to Singapore without getting crabs. It’s akin to culinary heresy. Restaurants and other vendors rarely offer you anything to crack open the arthropod’s parts, which is exactly why some hardcore locals bring their own tools—not to mention bibs to catch a small portion of the messy chili sauce splatter. 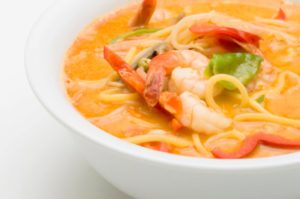 Laksa is a spicy, coconut curry-based noodle soup. The dish is is traditionally consumed using both chopsticks and a spoon. You can find it in both hawker centres (health-inspected street vendors grouped together like food courts) and fancy super-mall food courts like Ion’s Food Opera.

Potong is a coconut milk-based ice cream treat you can buy from street vendors. The dessert is normally sandwiched together by two wafers. Flavor options include purple yam, red bean, jack fruit and sweet corn, among others. My yammy sammy was much tastier than you might imagine.