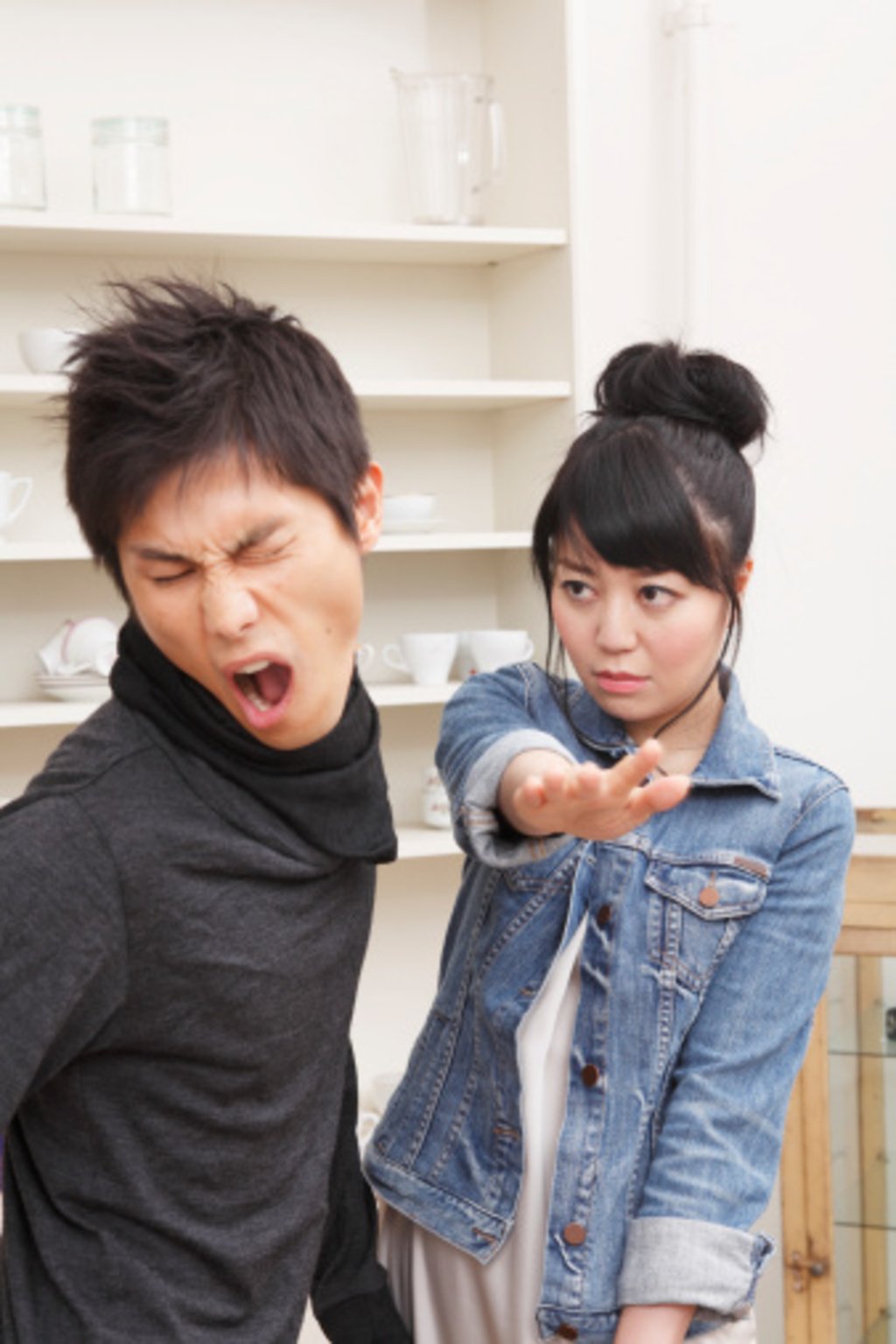 The School of Sweat Hot: Hit it or Quit It?

This is all anyone needs.

Despite the title of this post, I’m really more of the hit it and quit it type. Ask all of the men I’ve burned through this summer (which would be exactly zero. I’m in no man’s land, truth be told. So, if you know a guy…). Oh, lawd. I’m not actually talking about that type of hitting or quitting, okay, perverts? If you’re all caught up on my fun-filled journey from flabby to skinny to soft to hard to a machine dying to be lean, you know that I’ve been a bit of a pissy-pants lately. Until, last week, when Tyler from The BodyLab reminded me to be optimistic and positive. So, like any normal person, I turned my new-found power for good into a finely honed power to judge others. Sort of.

In my Media Effects journalism class back in 2003, a study was out that said that as humans, we like to compare ourselves to other humans, through media–especially TV. When we are feeling good, we compare ourselves to others, thinking, “Wow, I’m like, sooo much cooler than that person. Sheesh.” And, likewise, when we are feeling nast, we compare ourselves to others, thinking, “Good grief. I am not even as cool as that loser over there.” The former is a term called downward comparison and the latter is called upward comparison. Obviously, the first feeds our ego, while the other one just proves we don’t have any self-esteem. (Full disclosure–you know what I’m talking about, even if I’ve totally screwed up relating this study, okay?) When I’m svelte, I think everyone looks fat. When I’ve been heavy, I think everyone looks tiny. So, naturally, since I’m feeling strong right now, I start to think about things I don’t understand (things I consider weak). In fact, I was talking to Matt D’Amico–the HEIC, head engineer in charge, over at the ol’ Laboratory–and we were relating on the fact that we both have a lack of empathy for certain things. Especially the quitting kind. Thankfully, we know other people can motivate a quitter to keep going. I.E. We realize that just because we are heartless bastards, people with heaps of understanding do exist. For me, speaking to a quitter is like trying to speak in German or moonwalk or anything having to do with physics. It just doesn’t compute. My face has “Huh?” written all over it.

It does, however, make me feel sad when people give up. And, maybe I’m more like a stereotypical man in this regard. It seems to me, men don’t want to flesh out feelings and issues as much as they just want to fix them. Vanilla Ice was this type: “If you got a problem, yo, I’ll solve it.” But, Ice, what if you can’t solve it? What if I have to solve it for myself? What then? I’d be willing to bet Ice would just peace out. Which is what I do in regards to someone who gives up a great food plan, a cleanse, their workout regime, their extracurricular activities. I mean, it just don’t make no sense. (Name that movie quote.) 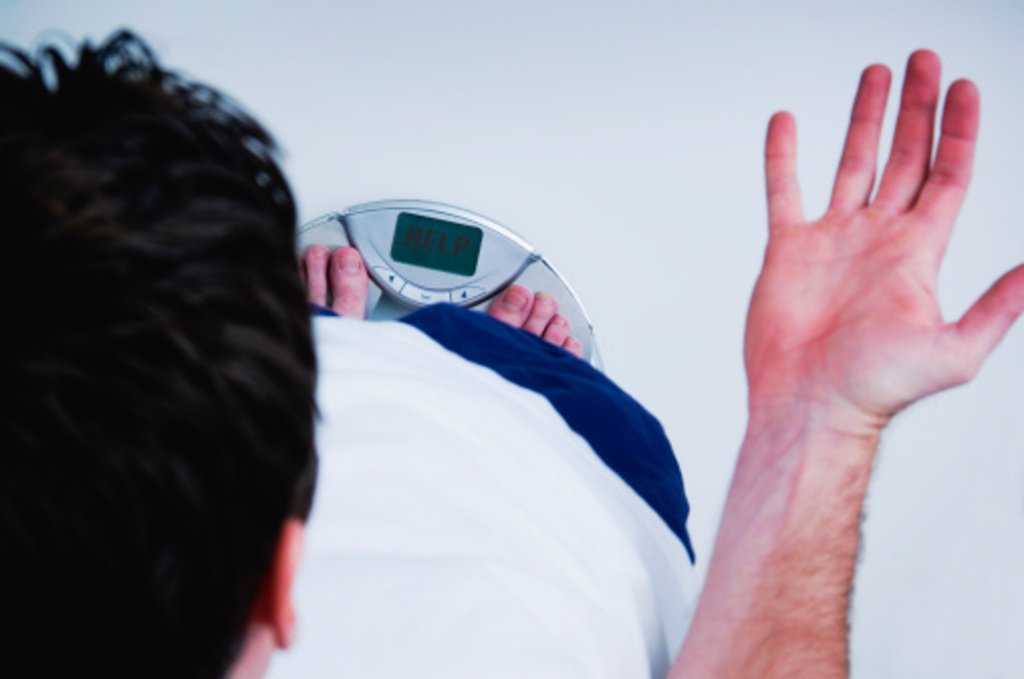 saying, is, I’ve learned so much and come so far. And, I’m 100 percent certain that if I quit, I will not make progress. So, when the going gets tough, I just let it be tough. I don’t fight the toughness of it all. I change my mind about it. I try to think of the things I’m good at. I visualize my future. I find peace and gratitude for where I’m at. I thank myself for showing up. I live in the struggle knowing that I will be better for it, knowing that as soon as I’m ready, I’ll stop struggling.

Yesterday, during a chest and back workout, we were doing these push-ups where we had our feet up on a box, and we jumped on and off the box twice and then did a push up (hands remained in push-up position throughout the popping off the box process). It’s challenging. By my third time through, I was stupid-sweaty… And literally, I started to hear my boobs slap together in the rhythm of the motion. Now, some of you dudes might think this sounds kinda hot–but for me, it was beyond repulsive. I wanted to schedule lipo immediately. I can’t believe I’m sharing this, but it’s moments like those when I want to quit. I want to run and hide away from myself somehow. But, would quitting take the slap out of my lady bits? No. It would probably make them even more slappy. Sick. And, this is just one small moment.

What the hell am I talking about? This: I understand — intimately — the urge to jump ship. It seems so bad and you’re so scared of what you have to do or what you think you can do or can’t do to reach your goals, that you might as well put your head in the sand. But, 80 percent of the thoughts that flow through your mind are bull shit. I know mine are mostly little nuggets of nothing. (Remember my comparison stuff? We all think lame things like that, and hopefully, most of us know to never tell anyone about those horrible thoughts.) We all know quitting or being afraid to start are just more things to put on your things-I-regret/things-I-hate-about-myself lists. For me, the big picture is making sure those lists stay as short as possible. That’s what defines success to me. And, I know that we live in this instant gratification society making it even more difficult to have to earn the results. But you will, okay? I will, okay? It’s not about seeing the light at the end of the tunnel–it’s about knowing that there is one. Think of this post as my ode to quitters, to self-doubt, to hurdles and obstacles. Wasn’t it Montel Williams that said, “Mountain, get out of my way. Mmm, mmm, mmm, mm, m.” He was talking about staying in school.

Montel is right–like he has been right about baby mamas, juvenile delinquents and cheaters. He knows that all we have to do is climb the dang mountain, or ask it to move, or something.  I will have the sweet, sweet satisfaction of reaching my goals, even if I fail a bunch beforehand. But, quitting? Not an option.

AWESOME THINGS I’VE HEARD AT THE LAB SINCE LAST POST
“Scores of BodyLabbers have fallen to this gut check, Standley.” – Ryan Jaqua. Me: “Do you read books with antiquated English or something? Who says scores, ever?” Ryan: “18th Century English flows through me…like Abraham Lincoln.”

“Nice, Standley. You now know your way around the gym like you do around an adult bookstore.” – Matt D’Amico. And yes, this was on the megaphone.

“Squat! Squat low. Like you’re having a baby.” – Julie Leitzel. The guys in our group really responded to this.

Laura Standley has been the editor in chief of 303 Magazine since 2007 and apparently has no boundaries. She’s been blogging about fitness since January 2011. To read her past blog posts, click here.