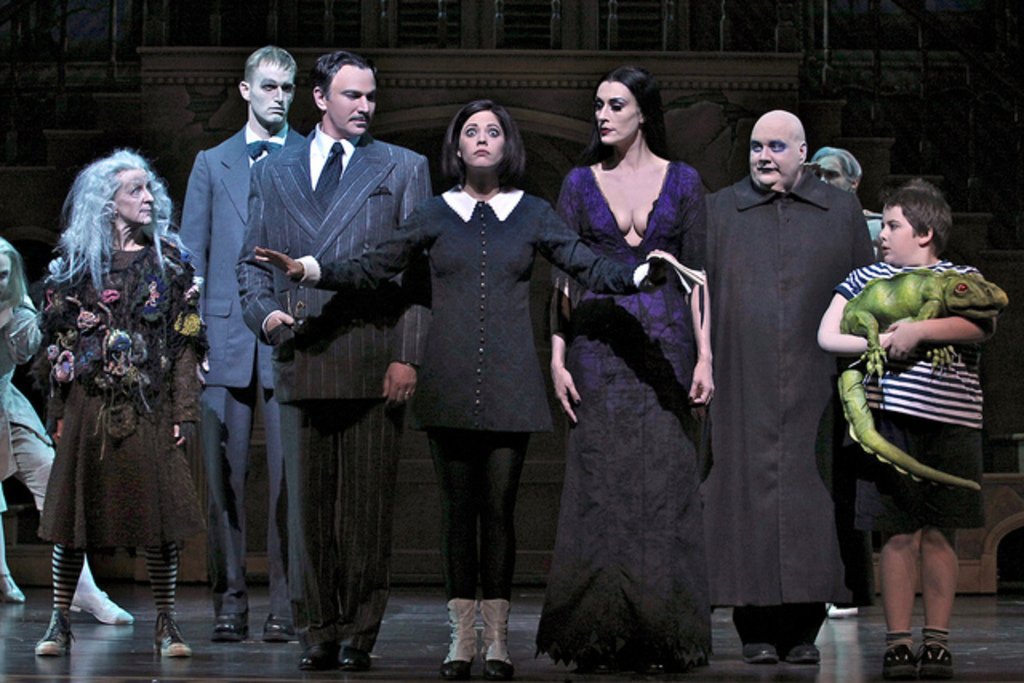 “The Addams Family” musical is anything but normal…

It’s been more than 70 years since Charles Addams started that weird little family that later became known as the Addams family. This oddball family has survived the test of time and now makes its nationwide musical debut in, The Addams Family musical. 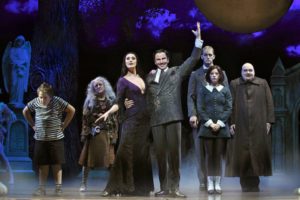 This past week, the national tour rolled into town. It’s a revamped stage version of the original production that ran on Broadway from 2010-2011. The show is sporadically entertaining, especially when the stage belongs to the witty and deft Douglas Sills, who plays Gomez but after an good start, with one of the show’s more memorable numbers, “When You’re An Addams”– the show sorts of putters and spurts with some really good numbers and others that are easily forgetable.

Douglas Sills is charming and lovable. At times he lays it on pretty thick, but for a majority of the production he seemed to be enjoying this role and performed with more enthusiasm and was more actively singing and dancing. His footwork was quite impressive during his tango with Morticia. 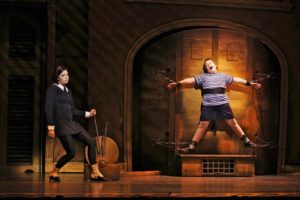 Cortney Wolfson steals the show as Wednesday. She’s got tremendous pipes and her portrayal of a love-lorn teenager is fantastic. She taps into all the right emotions at all the right moments. Another surprisingly talented performer was Patrick D. Kennedy as Pugsley–he was able to convey the boyish vulnerability of his character beautifully.

Blake Hammond was hilarious–he narrates the show with a sense of ease. His ballad with the moon is one of the memory banks. Tom Corbeil as Lurch deserves an honorable mention. 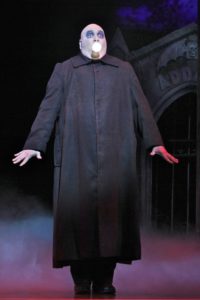 Special attention goes to Gaelen Gilliland who proves herself to be quite the vocalist. After spending much of the first act reciting cheesy poetry and happy-go-lucky sayings, Gilliland’s character Alice finds herself smack in the middle of a game of “Full Disclosure” and just when you think it can’t get any crazier, she steals the show in a resounding ballad. 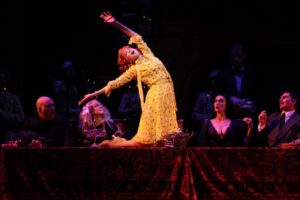 Some of the music is catchy and the overall theme of the show is at times a little corny but at the end of the night, you will certainly find yourself at the very least smiling ear to ear.

Here’s an important tip for parents who are considering taking their children: there is quite a lot of sexual innuendo and some outright sexual references. It is by no means a children’s musical. The website says for children 10 or older, but I would say 12 and older.