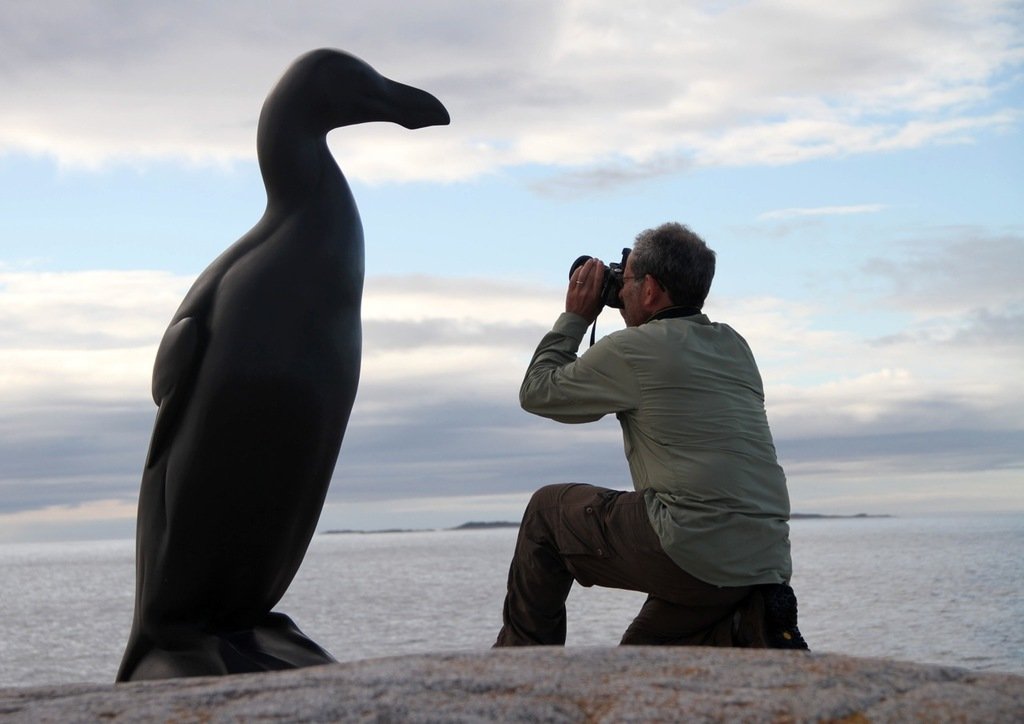 With Memorial Day’s official declaration that the brighter season has begun, it is time for Coloradans to abide by the holy summer trinity: culture, the outdoors and road trips. The unchallenged way to get all three is to head South. Set in the cinematic town of Telluride, Mountainfilm Film Festival has offered 303 excursionists an unforgettable reason to flock to the purple plains for 43 consecutive years. Both passionate professionals and curious travelers meet in a setting as beautiful as the films showed, screening brow-raising documentaries and discussing international issues of culture and the environment.

One select documentary being screened this season at Mountainfilm is The Lost Bird Project: a chronicle of sculptor Todd McGrain and his journey across the nation to erect gargantuan, minimalist monuments of once-popular, now-extinct species of birds in locations where each was last seen. The stories of how the six eerily somber sculptures standing in the eastern coast of the US have come to be are told with such power– 45 minutes into the film, one will likely be surprised at how strongly they empathize for the Great Auk or the Carolina Parakeet. The powerful film aims to remind society of its environmental loss and aid in the prevention of such losses from occurring in the future. Imagine–a seven-foot monument erected in the year 2095 in honor of the downtown pigeon our wasteful society eventually pushed to extinction.

Other noteworthy films include Sundance selection Ai Weiwei: Never Sorry, a look into the daily life of a Chinese artist, Ai Weiwei, who continues to express distaste for the Chinese government that closely watches him, and ScrambleVision, the energetic tale of Keith “Scramble” Campbell and his one-of-a-kind live artwork in which the creation process is as significant–if not more–than the finished product.

These fascinating documentaries alongside a slew of others will be shown at Mountainfilm Film Festival through the duration of three busy days this May 25-28, 2012.