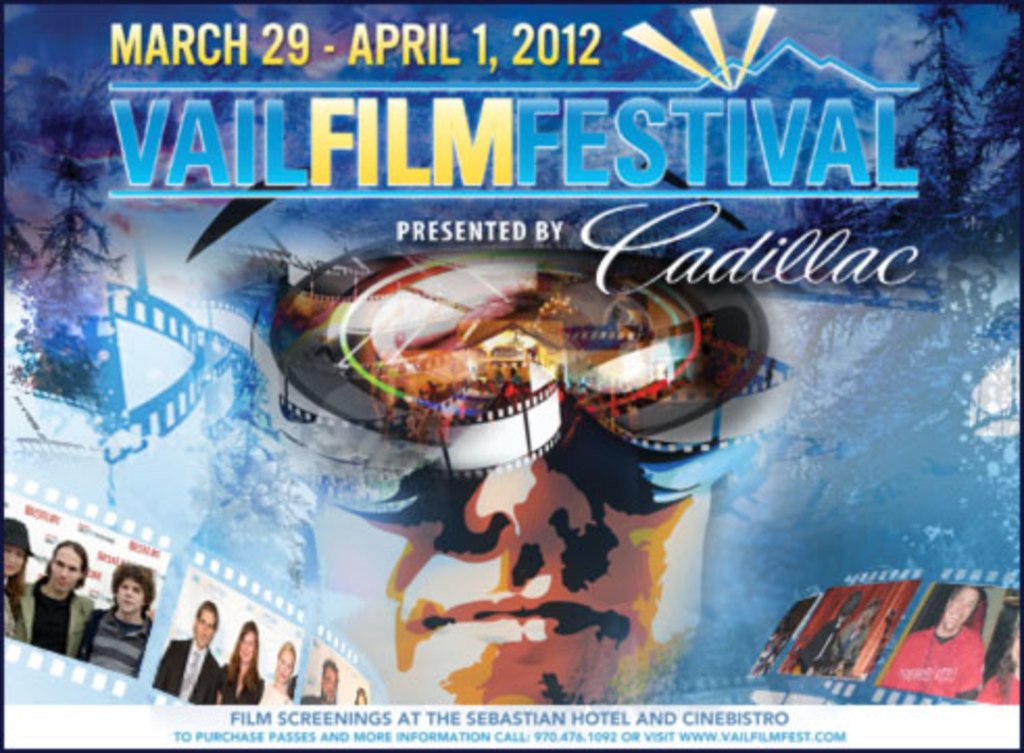 Widely considered one of the best destination film festivals around, the 9th Annual Vail Film Festival(VFF) opened last night at the luxurious Sebastian Hotel, Solaris Plaza and Cinebistro, and Vail Mountain School with a mix of street beats, shorts, and savage wit.

On center stage was The Eye of the Storm, a devilishly dark look at family relationships as an aging and antagonistic matriarch begins planning for her demise under the watchful eyes of her spoiled offspring.

The Eye of the Storm - Davis, Rampling, and Rush

Said Schepisi: “What I love about Patrick White’s writing is that he understands that we are all actors. We don’t do it as consciously as he would have us believe. But I wanted you to see the surface person of who these people are, and then explore the cracks. Because it’s the cracks that make us who we are.”

In addition to The Eye of the Storm, some highlights of the festival include:

The true story of two personal-injury attorneys, completely polar opposites – Mark Weiss, a dysfunctional drug and sex addict and his upstanding partner, Paul Danziger, a married man with a child on the way. Together, the two struggle to make end’s meat until a landmark case changes their lives. In defense of an ER nurse who was pricked by an HIV needle, the partners accidentally uncover an evil conspiracy in the health care industry that will go to great lengths to keep them silent. Starring Chris Evans with a screenplay co-written by Paul Danziger.

For Tyler, a classic womanizer and commitment-phobe, it takes six months or less to get over any woman. It’s a philosophy that has served him well throughout most of his young life, allowing him to freely move from conquest to conquest without any emotional attachment. And one that he attempts to share with his best friend, Alan. But along the way, he bumps into Sophie, an unforgettable woman who forces a page 1 rewrite. Written, directed, and starring VFF alum, Blayne Weaver (Weather Girl). Plus, Dave Foley, Jaime Pressly, Martin Starr, and Natalie Morales.

Excelsior! A fascinating documentary about the legendary super hero creator Stan Lee, from his humble beginnings during the Great Depression to his World War II experiences that shaped his life, and the infinite imagination that led to the creation of such characters as Spider-Man, Fantastic Four, The Incredible Hulk, Iron Man, and Thor. Original transcripts, drawings, and photographs aid in the storytelling as told by Stan Lee himself. An absolute must see for any comic book fan.

On Closing Night, the VFF will screen Life Happens, a quirky comedy about a lifelong party girl whose world turns upside down after a one night stand indoctrinates her into motherhood. Directed by another frequent VFF alum, Kat Coiro, Life stars last year’s Excellence in Acting award recipient, Kate Bosworth, alongside Rachel Bilson, Justin Kirk, and this year’s Excellence in Acting recipient, Krysten Ritter (Confessions of a Shopaholic, Breaking Bad).

In addition to features, the 2012 VFF will run a special Adventure Film Showcase, several Student Blocks, a Documentary Showcase, and a Shorts Programs. Plus, live music from Cary Brothers, a Filmmakers Lounge, first track skiing, and half price ice skating at the Solaris Plaza.

Produced by the Colorado Film Institute (non-profit), the Vail Film Festival continues to foster independent cinema and creative filmmaking with a focus on new and innovative talent. Not to mention one great locale!

*For tickets and additional information on the Vail Film Festival, visit www.vailfilmfestival.com or call (970) 476-1092.

Mark Sells is a nationally recognized film journalist and Critic-at-Large for 100.3 FM The Sound (Los Angeles). In addition to his blog on 303, you can follow The Reel Deal on YouTube, Twitter, and Facebook for the latest entertainment news, reviews, and interviews.