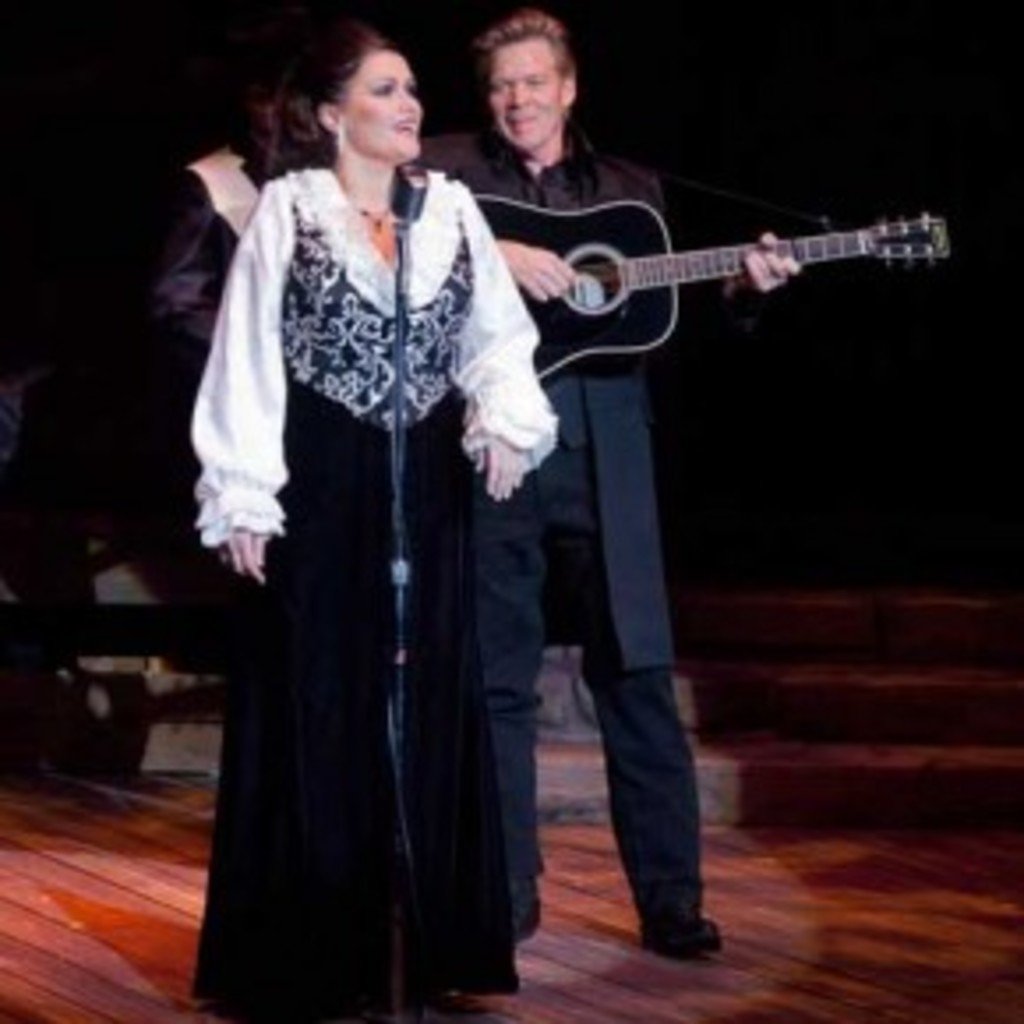 Stage Advice: Ring of Fire – The Music of Johnny Cash

Selling Cash is a piece of cake. I used to do a Man in Black homage myself and it was a cinch to book. Everybody loves Cash, from pudgy rugrats to wrinkled raisins. For all we know, extra-terrestrials might even be fans. Still, when Richard Maltby Jr. rushed his Ring of Fire musical to Broadway before it was road-tested, critics weren’t exactly raving. Who can blame them? A legend as large as Cash deserves justice. In retrospect, Colorado is a much better market to workshop a Man in Black revue than New York. In addition to one of the biggest theater complexes in the nation, we’ve got country music nuts out the wazoo.

Ring of Fire’s subtitle says it all. Music is the show’s focus, its true North. Sure, portions of Cash’s life story are occasionally interspersed between numbers, but they’re a mixture of fact and fiction. “Five Feet High & Rising” and Trent Reznor’s “Hurt” buoy accurate plot points—a childhood flood and a teenage injury eased with pain-killing injection, but others including “Folsom Prison Blues” and “Delia’s Gone” simply serve to further inflate the singer’s jailbird mythology (Cash never actually served hard time, only a night or two in the drunk tank for hard alcohol abuse).

Casting a single de facto impersonator would be admittedly difficult. Ring of Fire employs a stable of vocalists to play musical chairs with the Man in Black’s catalog instead. In case you’re curious, only two are capable of hitting the low notes—keep your eyes peeled (and ears pricked) for the giddy, geriatric fiddle-player’s surprising timbre. Speaking of grey hairs (and low end), Ring of Fire’s virtuosic standup bassist was a hands down highlight. The obvious joy with which he slapped his strings was a pure pleasure to witness. Acoustic guitar unsurprisingly accompanied most of the tunes but piano, drums, electric axe, trumpet, autoharp, stomping, accordion, jail bars and the previously-mentioned fiddle and standup achieved aural variety and accentuated the arrangements.

All in all, Ring of Fire is a lighthearted romp through an occasionally dark life story.