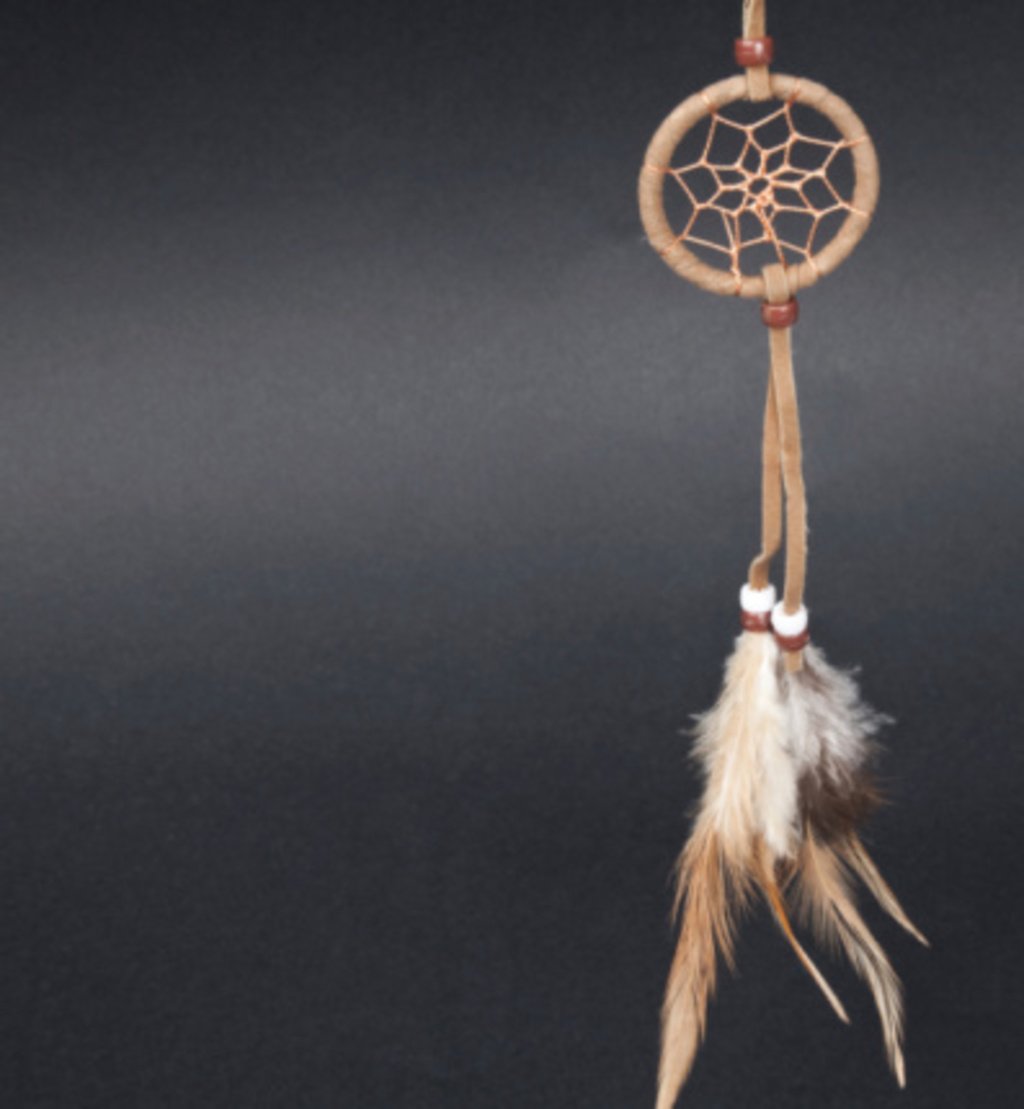 When I was in fifth grade, I qualified to be an exchange student…on a Navajo Indian (that’s not PC, that’s just correct. GAWD.) reservation in Rough Rock, Arizona. It was my first introduction to dream catchers and their powers to capture nightmares and ill thoughts. After my one-week stint in AZ, my mother and I went promptly to the store and purchased metal hoops, plastic beads, feathers, leather and rope. Everyone was getting dream catchers. We needed them. But, the nineties eventually passed and like any average adult, I learned to use marijuana and alcohol to cope with my bad dreams.

That is, of course, until I enrolled in The BodyLab where head lifestyle engineer Matt D’Amico informed me that dream catchers offer a serious advantage in a work out. A burgundy and brown dream catcher showed up a few workouts ago, intercepting all the bad dreams of BodyLabbers. When anyone is struggling or doing cardio, Matt lovingly offers them the dream catcher for support. The scariest dreams live in that dream catcher: cheddar-infused bison meatballs at Cafe Bar and the nutty cheese salad from Racine’s. Or, Sweet Action’s Stranahan Whiskey ice cream. Or, simply sleeping in and skipping a work out. I’m fifteen pounds heavier than I was three months ago and 25 pounds total away from my goal of Ridiculously Good Looking, so lazying about eating ice cream doesn’t do shit for me. Someone’s gotta catch that bad, bad dream and squash it.

Mary Hydle, The BodyLab nutritionist, is pretty awesome (she’s built into the program. You can’t join The BodyLab and forgo Mary. But who would want to do that, anyway? I need a dream catcher just thinking about such a thing.). What I like about her is that I used to eat three hundred calories every three hours. That was a difficult way to live life–possible, but it leaves this void. I mean, there’s a million different methods for success, for dieting, but that way never felt  “normal” for me. Probably because I’m in love with food. And, when you look around and see all of these fit people just living life, you’re kinda like, why am I doing it this way? So, she’s teaching me how to be a person in the world and coaxing me out of my protein bar hell into real food. She’s got me down to one protein bar per day (the rest is fresh food) and we’re working on getting that one out as well. I’m constantly prepping food. I haven’t eased into this yet, but I’m picking up on some serious meditative/Buddhist qualities in chopping kale. “Don’t enjoy the process of chopping kale to have a kale salad,” I thought to myself last night. “Enjoy chopping kale, because you’re chopping kale.” Zen.

That might sound a little…oohhhhOOOHHHoooohhhOOHHHoohhh (that’ my ghost noise. Okay, that’s my brother’s ghost noise). But, it’s a decently profound thought, right? You’ve got to enjoy the process, too. Not just the end result. It applies to so many things. For instance, in one of our leg workouts, we had to push a weight and the friction was totes gnarls barkley. I wanted to straighten my legs, real bad. And, it’s anyone’s guess if it was the metal pipe that Matt threatened to hit me with if I did just that or this thought: I’ve got to just relax into this stuff. Don’t fight the fact that food has to be made (see, I’m a terribly busy person, see and I just want to do other things, see, see) or that it hurts insanely bad to sit against a wall for 90 seconds straight with gigantic weights on your legs. At some point, we have to stop fighting back, right? What good does it do us?

So, Matt and Mary are my main dream catchers right now. Absolving me of all of my past sins (sins = poor food choices and desires). But, for me, the holy grail is balance (not necessarily control) and I want to be a dang graduate (no more than a few pounds of flux).

AWESOME THINGS I HEARD AT THE BODYLAB SINCE LAST POST:

Matt: The human race’s grip has depleted over the years. I don’t know how they measure this shit, but they do and it has.Your grandma would have been able to do this movement a lot better than you.

Tyler: I’m going to take your triceps and sell them on the black market. This is your trainer’s plan for world domination. (Pause for effect). This is what your trainer says at the end of the day when I’ve run out of cool shit to say to you.

Matt: I don’t use big trainer words. That’s not my style. Trainers use words like isometrics to make you think they know what they’re talking about. I like to keep you guessing about whether or not I know what I’m talking about.

Ryan (I’ll give you more on him later): Your abs are wild, exotic things.

Matt (on Monday): It’s time to pay for your sins. And your body doesn’t except American Express or Visa. Just sweat and tears.

Roger (I’ll give you more on him at some point as well): I will be teaching yoga for The BodyLab when we move locations.

Laura Standley has been editor in chief of 303 Magazine since 2007.  To read her past blog entries, click here.