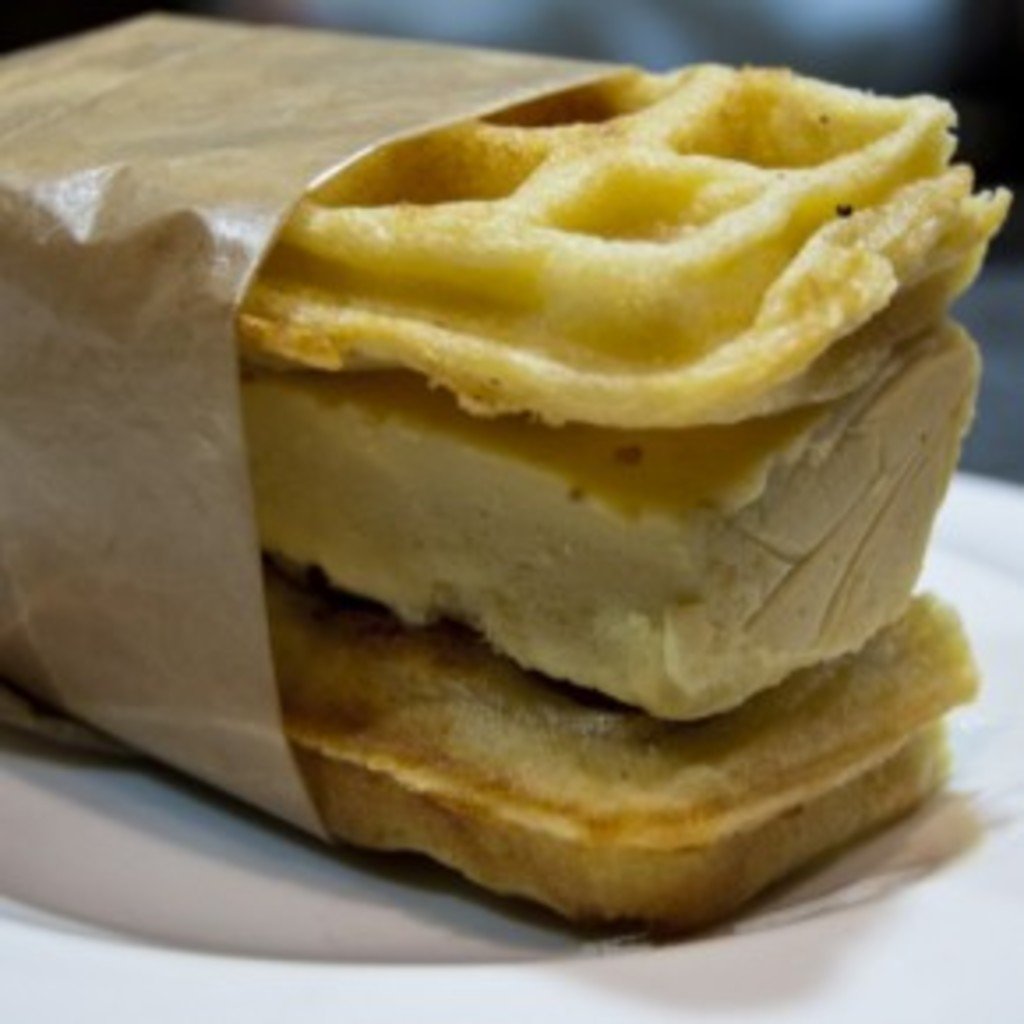 This Saturday, Denver’s biggest food fest will begin. In case you didn’t know, Restaurant Week brings more than 330 restaurants together to make great food at the “mile high” price of $52.80 for two people. On Wednesday, Mayor Michael B. Hancock will officially announce Restaurant Week and then he’ll flip a Denver omelet with the help of Jorge de la Torre, Dean of Culinary Education at Johnson and Wales University. It seems a bit silly to “announce” Restaurant Week this late. Reservations for the best restaurants on the list disappear within minutes of becoming available, like copies of the latest Bieber album on sale in front of an all girls middle school. But don’t worry, all is not lost. Euclid Hall only takes reservations for about 50% of its capacity. Chef Jorel Pierce wouldn’t have it any other way, he says, he wants people to be able to drop in for a beer. He talked to me about Euclid Hall’s approach to Restaurant Week (RW) over a couple pints.

Not all restaurants choose to put their best foot forward during the RW festivities.

In fact, some places even create new and cheaper dishes so that they can turn a better profit. I think RW should be a chance for restaurants to get new customers by giving them a taste of their cuisine at a great price, and Chef Jorel agrees with me. At Euclid Hall, they have managed to get most of the items on their regular menu on the RW menu. Couples will choose one appetizer and one entrée each, as well as dessert and a 22oz bomber to split! Beer is too important to Euclid Hall to leave it off of their RW menu, Jorel told me. Another thing I liked about their RW menu was the lack of “additional cost” options. I like to try and stick to $52.80 per meal during RW, just to see what I can get without paying more. Luckily I got to sample a few items off their RW menu.

Chef Jorel is a self-professed textural fanatic, and nowhere is this more evident than the roasted cauli salad. Built on a foundation of tender roasted cauliflower, Jorel adds creamy Haystack goat cheese, spicy shishito pepper marmalade and scallions. The texture is perfected

with a sprinkling of tempura crunchies over the top. Probably the best cauliflower I’ve ever had. I cheated and tried one other starter: the black pepper & garlic spätzle. If you’ve never had this German classic before, you’re missing out. Jorel sautees these little pasta bites in butter and tops them with Brussels kraut and sage creme fraîche. That’s right, Brussels kraut, which is to say Brussels sprouts leaves pickled sauerkraut style.

For my entree I selected a brat burger, a fatty patty made of sausage between two “bretzel” buns covered in coarse salt, this little beaut also has pickled cabbage and 10,000 island dressing. That’s house made dressing with more ingredients, for 9,000 more islands on your burger. I could have eaten any given part of this burger on its own (except maybe the dressing), but the total was more than the sum of its parts. Dripping with meat juices and salad dressing, this burger’s not for the light of heart.

I also got to sample some of the Hall’s famous hand-cranked sausages. The boudin noir is a rich and dark blood sausage, brooding with complex flavors like madras curry. The Abel to its Cain, the weisswurst, on the other hand, has clean and simple flavors: veal, parsley and lemon. Either of them pair excellently with the quartet of mustards they supply: yellow, Bordeaux, horseradish and spicy brown. If you’re going to go more than a mile high with some of the Hall’s added goodies, consider ponying up $2 more for the chicken fried quail and waffles. Chicken fried anything with duck gravy and habanero-maple syrup has got to be good. The pan-seared prime tri tip steak with fingerling potato and black pudding-shitake hash also piqued my interest, but I decided to just take a picture and save a thousand words (and $5).

Finally, you’ll split a spectacular dessert. The waffle ice cream sandwich caught my eye; I love a good twist on an old classic. A truly tart sourdough waffle holds a generous brick of salted butterscotch ice cream in its pillowy embrace, but the texture obsessed Chef Jorel wouldn’t be satisfied without adding crunchy pralines to the ‘wich. The hot waffle and cold ice cream won’t last forever, but they don’t need to when they taste this good. So, if your schedule isn’t already booked, stop by Euclid Hall and treat your mouth to something tasty.