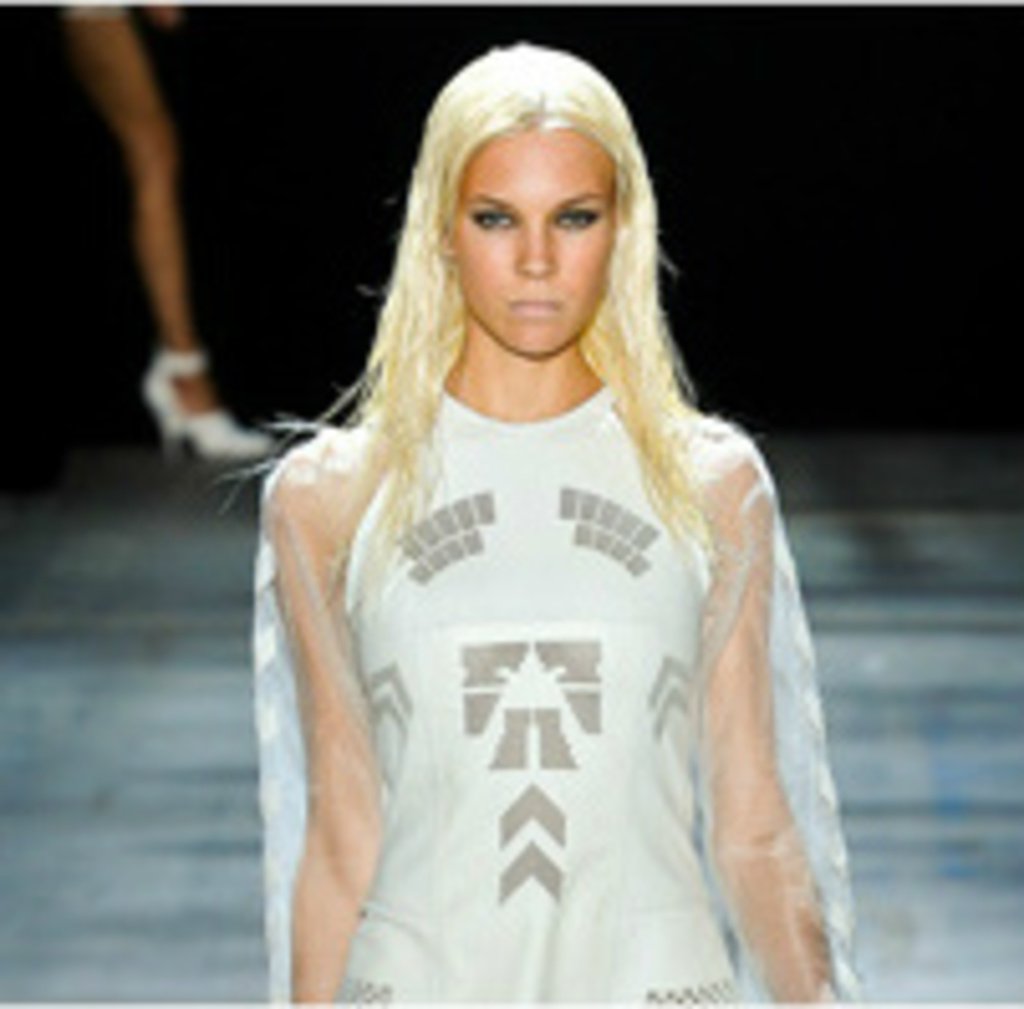 It’s that time of year again when the fashion gods bestow upon us a slew of designer runway shows. Top American designers from Marc Jacobs to Calvin Klein to Donna Karan showcased their spring/summer 2012 collections this week at New York Mercedes Benz Fashion Week. The shows attracted some of Hollywood’s most notable including Zoe Saldana, Lea Michele, Kim Kardashian, and Lindsay Lohan, as well as top editors and buyers from around the world.

Many of the S/S collections had an ease to them – models walked down the runways with their hands in their pockets, pants and shorts sat slouched on the hips, shirts remained untucked – which I think reflects that good style is truly effortless. That whole “off-duty-model-look” seems to be catching on.

While the more than 200 shows featured a range of looks, I’ve narrowed down some of the most pervasive trends we’re sure to see come spring.

Pump It UP
Also notably prominent on the runways were voluminous silhouettes and accents. Peplums, the ruffle embellishment that  encircles the waist, were a particularly popular integration of volume.   Peplums were seen at Cynthia Rowley, Thakoon and Jason Wu to name a few. Other designers played with shape, by adding width to pants and skirts, like at Yigal Azrouel. And some, created entirely new voluminous silhouettes like Marc by Marc Jacobs did with many of its looks, including a dress with exaggerated sleeves.

Easy On The Eyes
Soft and muted tones made a splash across most collections, with white, pastels and iridescent treatments coloring the catwalks. Spring always brings out white and this season was no different. Nearly every designer showed at least one all white ensemble, while many shows mixed clean white pieces with more colorful items. Alexander Wang showed a white dress with sheer cutouts paired with white heels. Meanwhile, 3.1. Phillip Lim mixed a pretty white coat with pastel hued top, pants and shoes. And, it appeared a bubble burst onto the fabric at Theyskens’ Theory, adding an iridescent effect to several pieces, including pants paired with a white blazer.

While many of us are just getting into fall fashion with the season change, there’s plenty to look forward to when the weather heats back up in spring! For more S/S 2012 runway looks and reviews visit style.com.