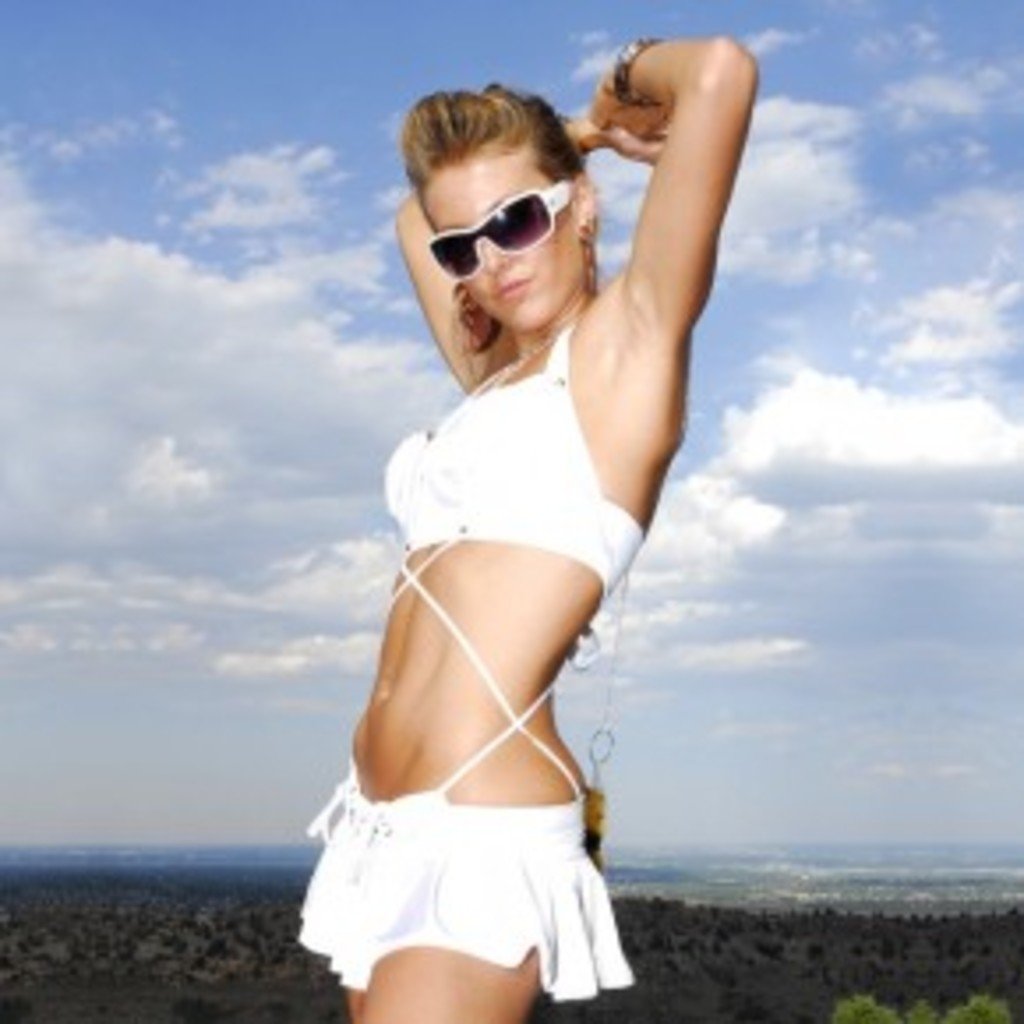 Get down on top of the world (img: Jonathan Shoup)

“The first time I heard anything about the scene from someone I knew, my brother asked me for a ride somewhere,” says Hau. “It happened to be a map point. He walked out: ‘Can you take me to Heritage Square?’

I flipped out. ‘Absolutely not. No way you’re going. I refuse to take you. What the hell?! You gotta stay away from that.’”

If crystal balls could laugh, they would have. Hau certainly didn’t take his own advice. Appropriating his Vietnamese parents’ karaoke sound system, he and aspiring DJ John Le—better known these days as Dragon—started throwing house parties in college. House parties led to Asian proms and bigger gigs. Hip hop was the predominant genre at the time.

“Dragon invited me to his first rave. Moonshine Over America at Colorado Springs’ City Auditorium. It changed my world. I had to work at six the next morning, and we left the party at four or five. I was so tired. It was the craziest experience.”

Elsewhere, CU Denver business student/DJ Kostas Kouremenos was getting his hands dirty in Amsterdam—not the seedy European city but a gay after-hours in Five Points.

“It was 100 percent warehouse,” explains Kouremenos. “Fire department made us open a square of cement wall to use as the exit for opening. You get in through drag queen Chocolate Thunderpussy. When I showed up, there were 800 people waiting to get in. Costumes, extravagant shit. Craig C and Dealer [of The Pound Boys] opened for me. The whole room was shaking, so the turntables kept skipping. But, people didn’t care. Chaos.”

Re-christened The Illicit Drug and Anti-Proliferation Act, the retooled RAVE Act was tacked onto the unsinkable Amber Alert Bill. Clear Channel, having already tried to rebrand its Rave on the Rocks as Weekend of Electronica (subversively abbreviated Weekend of E) and then The Party Formerly Known as Rave on the Rocks, decided to pull the plug altogether. There was one problem. Hau and Kouremenos had already confirmed a headliner—Germany’s Paul Van Dyk—and were still liable for his contract. The two agreed the show had to go on, albeit with a new moniker.

“We were thumbing through music magazines at Tower Records to brainstorm ideas,” Hau recounts. “I wanted to call it what it was. It’s dancing, and it’s about getting worldwide artists to play. The name Global Dance was born at Tower.”

Even with that formula, it could’ve been called Earth Shake or, worst-case-scenario, Planet Boogie. Re-branding the event in four short weeks was an ambitious task, especially prior to the significant presence of social media. As if dismal attendance (at least by Red Rocks standards) wasn’t discouraging enough, Van Dyk got food poisoning and was unable to perform. The only caveat for Kouremenos was playing a prime time slot in his place. With the intention of getting it right, they booked Van Dyk again the following year. The food poisoning incident had evidently left a bad taste in party goers’ mouths, though, and numbers were even worse. Kouremenos wasn’t exactly optimistic about the event’s horizon.

“After the second year, Kostas and I sat at PF Chang’s and debated a third. ‘Let’s just try it again, go out with a bang.’ We lined up the biggest possible bill we could. Attendance doubled that year. The names solidified the event’s credibility.”

Ticket sales continued to climb. Tiësto served as the sellout tipping point, spinning for the first at-capacity crowd in 2007. Patrons were so ecstatic they showered him in glow sticks—evidently the closest thing they had to roses. Global became synonymous with marquee mix masters, but evolution was eventually necessary.

“Live electronica started getting big. We had Junkie XL, but we wanted to do more. There were acts like Infected Mushroom. We wanted to showcase singers. But, we needed another night. So, we added one and tossed Deadmau5 into the mix.”

Electronic music is all the rage these days (survey mainstream radio for proof); Global’s now perpetual growth mirrors that. Ms. Easy, one of the most well known go-go dancers on the planet, took over booking and costuming human eye candy a few years back. “Into the Night,” the anthem Kouremenos penned with Denver vocalist Elijah, was signed to NYC-based Ultra Records last summer. Dubstep entered the picture, courtesy of Kraddy, Rusko, Ana Sia and a second stage upgrade. The flagship festival is three full nights this year. Red Rocks isn’t the sole location anymore, either. Truthfully, the name was always bigger than its Colorado home base.

“Kansas City was something we wanted to do, because we had Mike DuCharme, who started it [via Clear Channel],” says Kouremenos. “We’re considering Seattle and Utah. We’ve done three shows in Greece. Slowly, we’re expanding to other countries.”

Bite on that, Biden.