Red Rocks rumbled Tuesday night for the likes of Glass Animals and opener Denzel Curry. The loose pebbles shook in the presence of the punching bass. Noise exuded from the stands and stage as voice met the mic and the speakers translated the energy — and this was only midway through Denzel Curry’s set. Glass Animals were still to come. It had been two long years since the band played the monumental venue and they were stoked. 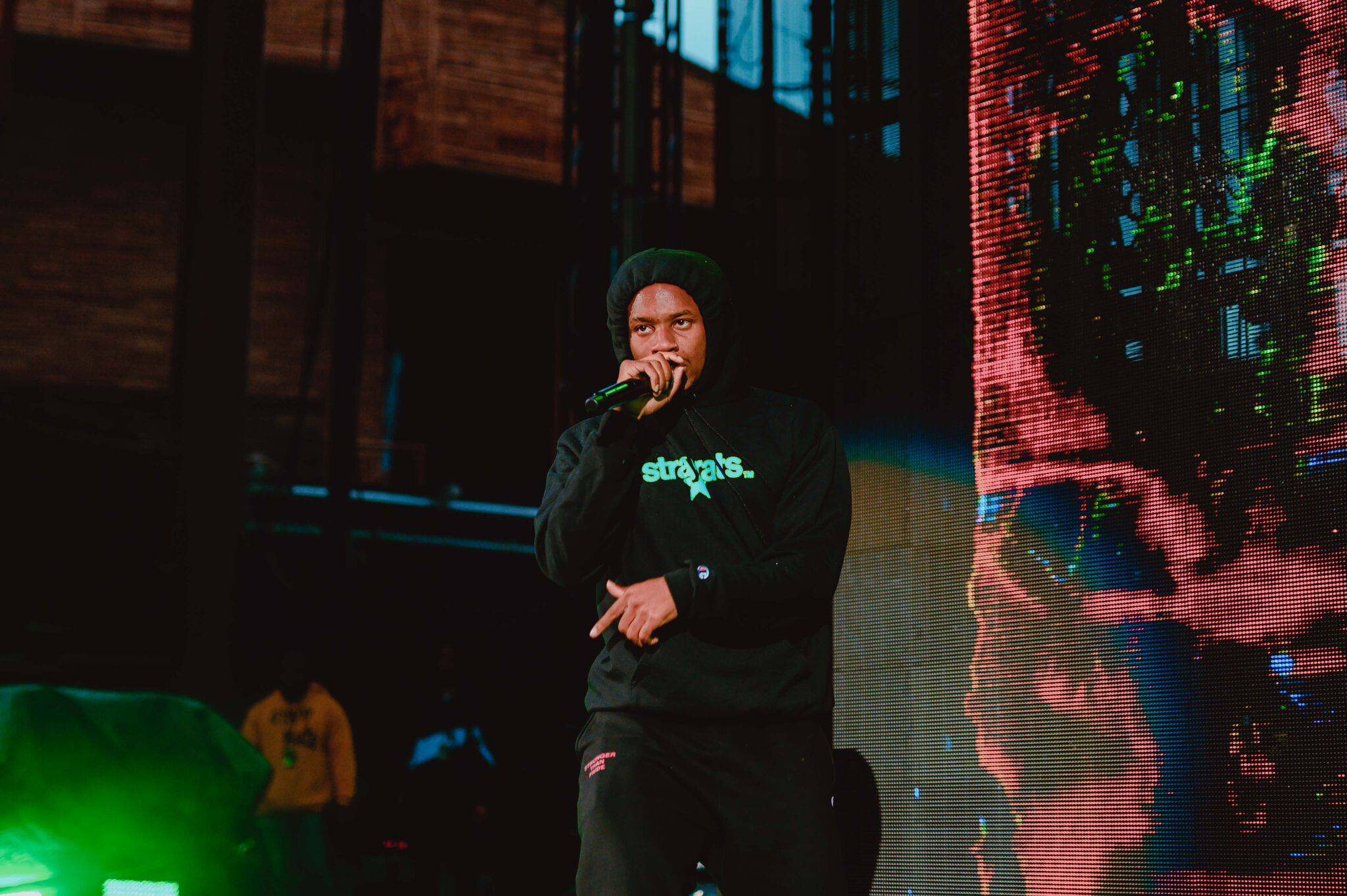 27-year-old Florida-based rapper, Denzel Curry, dominated the stage from start to finish of the opening set. The artist’s performance was explosive and engaging. He stepped out of sight halfway through his set to the confusion of some listeners and promptly returned and reassured, “It’s not over. It’s definitely not over.” Hits like “Speedboat” and his newer release “X-Wing” from his current album, Melt My Eyez See Your Future, pumped the crowd up. “Before I go, I got to see where the energy is at,” he noted. After orchestrating the cheers of a divided audience, he carried the energy (figurative and literally) around the stage before rereleasing it tenfold to the audience. Curry will surely be back at Red Rocks headlining someday. 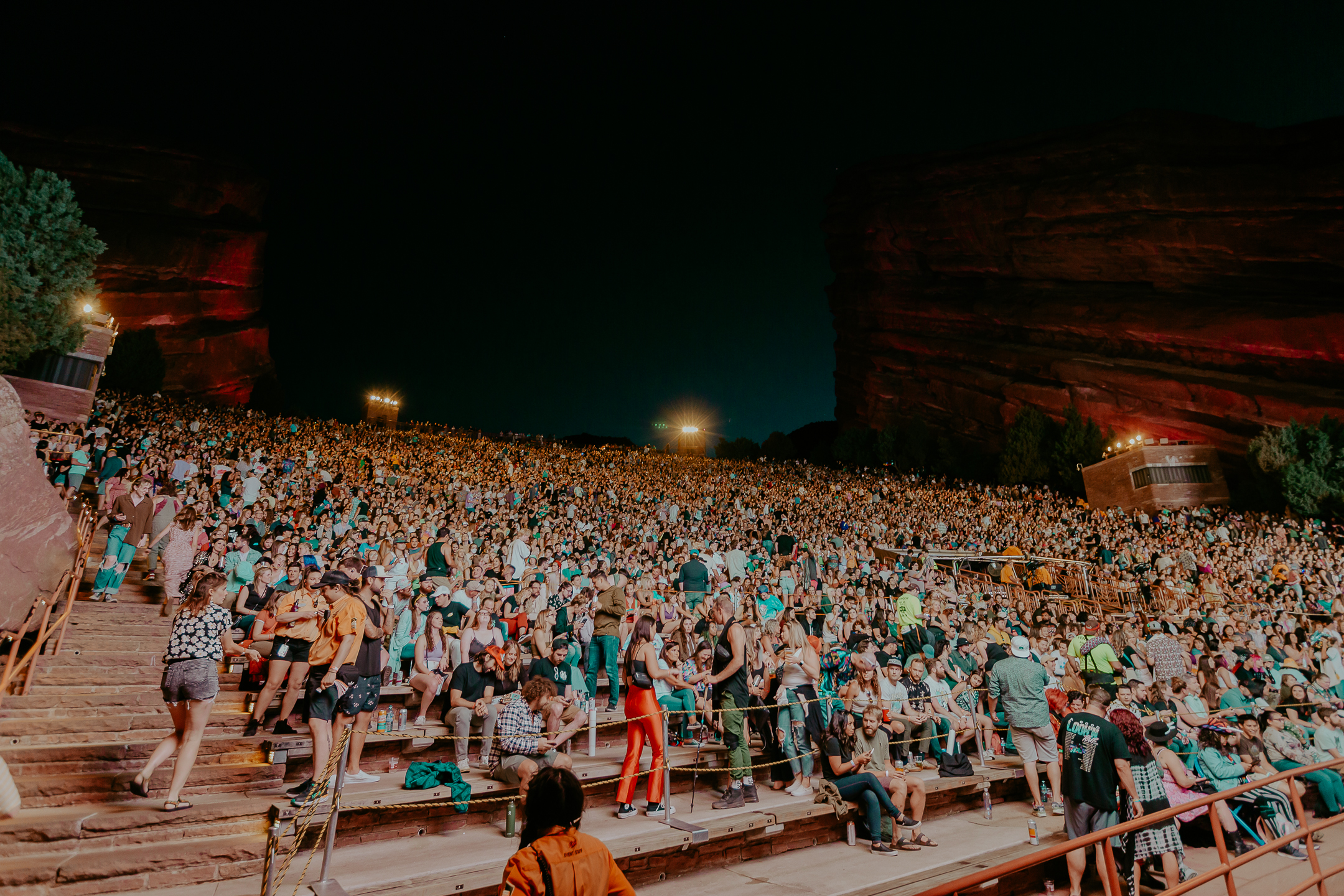 The crowd awaits the performance of Glass Animals.

Not long after Curry’s exit, the white screen turned ’90s PC with the dreadful loading bar of Webs long past. The same anticipation that comes from a loading bar could be felt throughout the audience, knowing that everyone was waiting on the same thing. Who knew purple beeping squares could be so grueling? Right on queue, the blinking bars turned solid and triggered a ready alert, informing the audience that Glass Animals was fully downloaded. “Life Itself” signaled the beginning of their set to the audience. 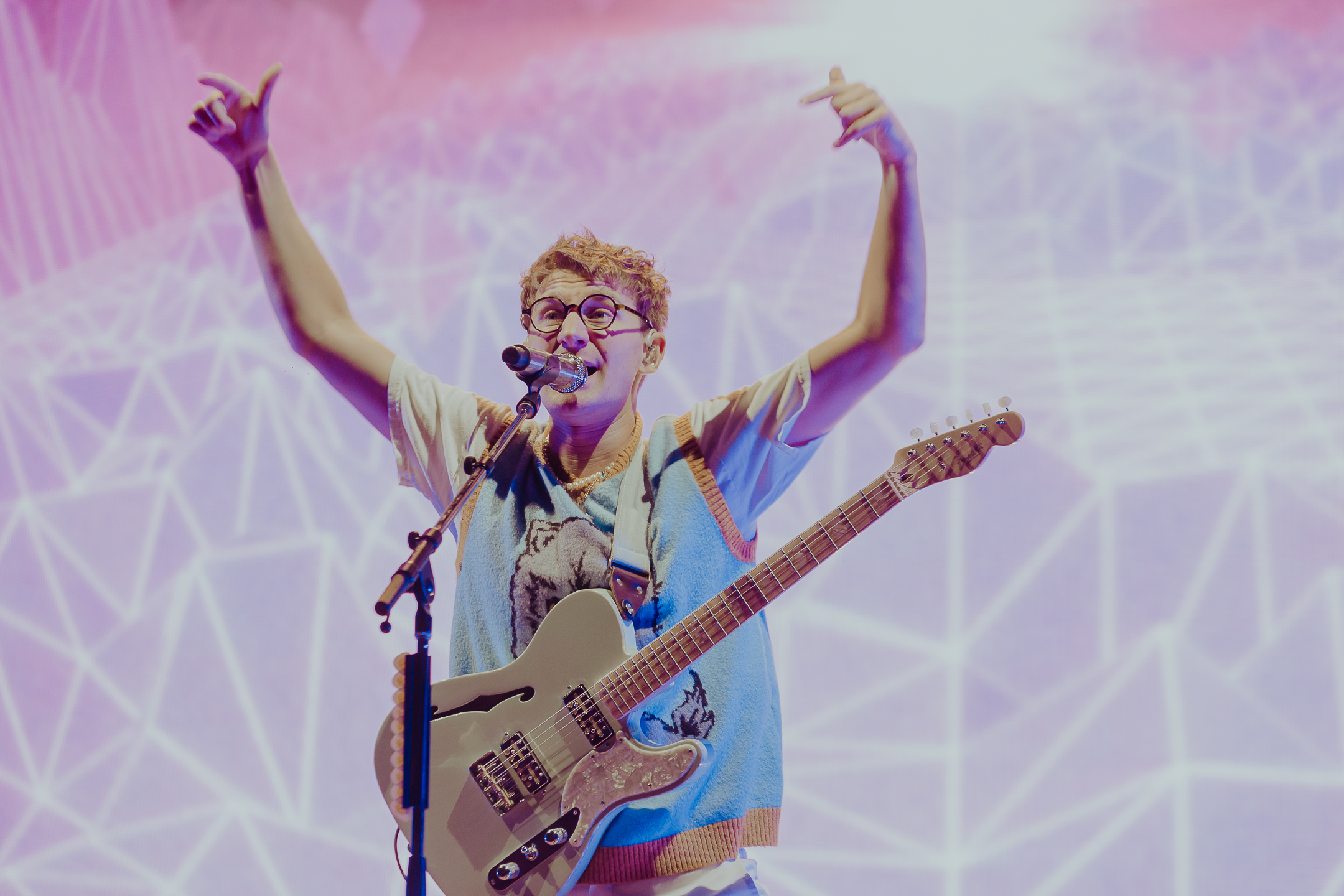 “It’s been two years baby!” lead singer Dave Bayley proclaimed. His excitement was contagious — it had been two years since the band last played at Red Rocks Amphitheatre. The Dreamland Album, released in 2020, was supposed to be followed by the Dreamland Tour, but like many tours in 2020, it was postponed indefinitely. To the relief of many, the band upheld any ticket sales made for the postponed tour once it was rescheduled. “How you doing?” he asked the crowd, to which they responded in a flurry of shouting excitement. “Yeah, me too,” he replied.

The neon, retro backdrop transported the audience to a digital-themed playground of visual effects and the audience partook in the aesthetic. The style of the fans was a  metamodern take on flower power and groovy psychedelics from times past — much different, but very much from the same cloth.

“The Other Side of Paradise” — another one of their hits — was a unified anthem under Red Rocks’ lights as it reached its climax. Too stunned to speak, starry-eyed and flattered Bayley could only smile at the crowd and reiterated his sentiment about the sandstone amphitheatre. “This is by far our favorite venue in the world.” They’re not alone either. According to Billboard Magazine, Red Rocks was the “top-grossing, most attended concert venue of any size, anywhere in the world” in 2021.

Aside from occasional muffled or withheld audio here and there, the band’s performance was much needed for those who waited over two years after purchasing their tickets. After waiting so long, each song felt like a reward for every season the band missed out on playing at Red Rocks due to COVID. The night felt nostalgic and simultaneously in the moment. The performance was also a gift for the musicians who played Tuesday and the venue that recently turned 81, after officially opening in 1941. Glass Animals were a treat to be savored, with the audience fully aware circumstances can change at any moment.