Andrew VenegasMay 25, 2022Music
Home
303 Magazine
6 min read
Mission Ballroom has been welcoming to the stage a sea of artists touring through Denver. Since its opening in the summer of 2019, musicians have flocked to the structural and acoustic phenomenon. On Monday night, Austin-based rock band Spoon and their opening act Geese joined the growing list of artists to tour RiNo’s crowned jewel.

Spoon is no stranger to the Mile High City, but 5-piece Brooklyn band, Geese, had the pleasure of playing their first Denver show at its newest venue. You could say their recent success is still fresh considering their first and only album, Projector, came out in October 2021 with only three previous singles released before.

The show began once lead singer, Dominik DiGesu’s voice came through the problematic microphone several minutes after the show “officially ” started to a jubilant and applauding crowd. “Hi, we’re Geese from New York. We’re here to play all our hits,” the singer joked. Despite their rocky introduction, the group recovered (and then some) as they leaped straight into playing, wasting no time finding synchronicity after a scrappy start.
The band’s “rough around the edges” energy made their performance unpredictable. Geese is a band still in their infancy, but their youth won’t last long. They began playing together in 2016, but almost broke up in 2020 when it came time to go to their respective colleges. Their national introduction was sporadic and the growth that followed was rapid. If it looks like they came straight out of garage practice from a basement it’s because they did — practice pays off. Fast-pace, post-punk and pungent performance, on stage, Geese looked like a group of rascals up to no good in the best way possible. Catch them again when they come to Denver at the end of July for the Underground Music Showcase.
Like Geese, it was also Spoon’s first time in Denver’s Mission Ballroom, and in contrast to their opener, Spoon’s introduction burst through the lobby without warning. A fire from thin air, the band’s chaotic introduction sparked the immediate alert and ecstasy of the crowd. “It’s a little early for introductions but I am feeling it tonight,” exclaimed Britt Daniel, their frontman. The crowd went wild and Spoon jumped back in without another word as “Don’t You Evah” began. 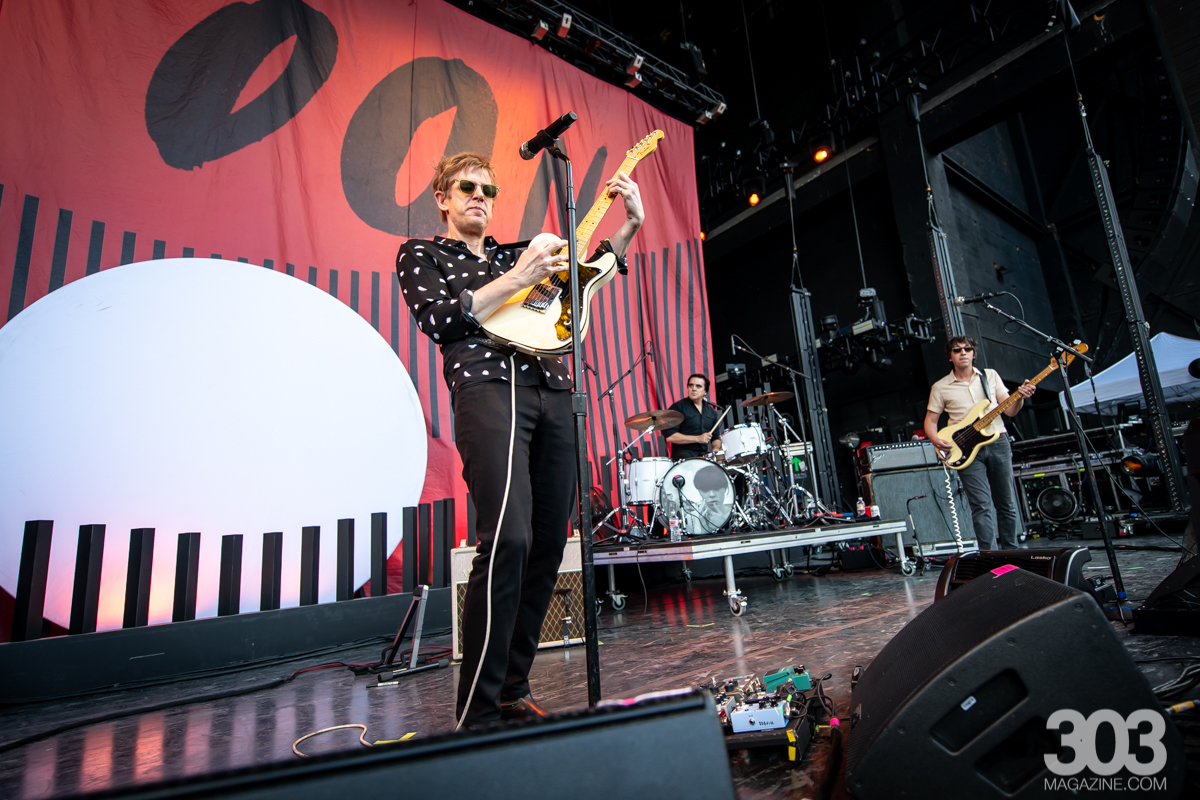 It’s been five years since their last album. Lucifer on the Sofa is their tenth album release and Denver was the first stop on their tour. Their song “Satellite” was as weightless and blissful as it was lustful. “I Summon You,” off the album Gimme Fiction, was soft and serene live given the remorseful tones of the song itself. Each new song carried a balance in its performance. Soon, the audience grew in air guitarists as the drinks settled in and the night went on. By the time “I Turn My Cameron On” played, the imaginary instrumentalists all looked professional.
The juxtaposition and complementary nature of Spoon’s music stood out in their performance. Tough but sensitive. Loud, but discreet. Satan on the sofa or a date with death — an acknowledgment of desires that live within us all and the inevitability of consequences. Each song was a conference of conflicts — heavy instrumental riffs and smooth vocals that radically tore through the airwaves. A mutual fulfilling desire between the audience and the band.