Review – Turnstile Delivered a Boundless Experience at the Gothic

Blue lighting illuminates a pale pink backdrop, showcasing the dynamic juxtaposition that is the rising punk band Turnstile. Amidst flips off of the stage and aggressive vocals, Turnstile delivered a message of love and a feeling of community at the Gothic on Tuesday night with their stop on the “Turnstile Love Connection Tour.” Creating the sweatiest, most energized atmosphere the Gothic has known, Turnstile delivered a performance that packed a punch and turned the spotlight onto the crowd.

Four animated openers — Citizen, Ceremony, Truth Cult and Ekulu — unleashed full-spirited performances to get the crowd moshing and moving. As their sets came to a close, the audience wasn’t worn out just yet, but instead ready to welcome Turnstile with open arms. 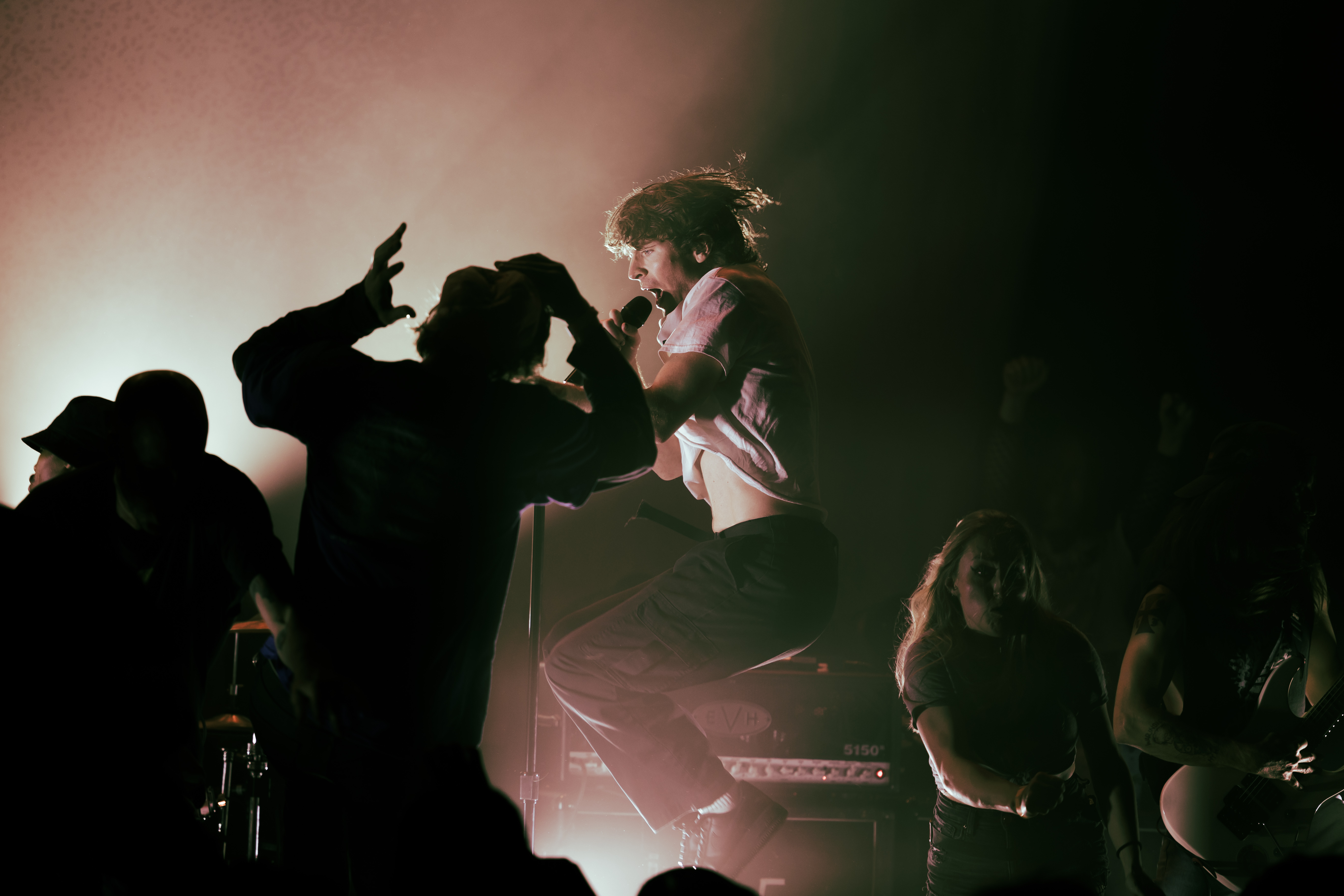 Sprinting headfirst into their dynamic experimental punk sound with the hit “HOLIDAY,” the crowd never felt the cold, and Turnstile certainly gave them something to celebrate. From the jump, as the first bass line sounded through the monitors and reverberated through the floor, the crowd was stirring.

As lead vocalist, Brendan Yeats shouted, “Now it’s a holiday,” his energy engulfed the audience in the performance. The pit advanced the stage, out of exaltation of the band, admiring the charisma that drew them in. Before the end of the first song, people were running up on stage and dancing full force before launching themselves back into the crowd. 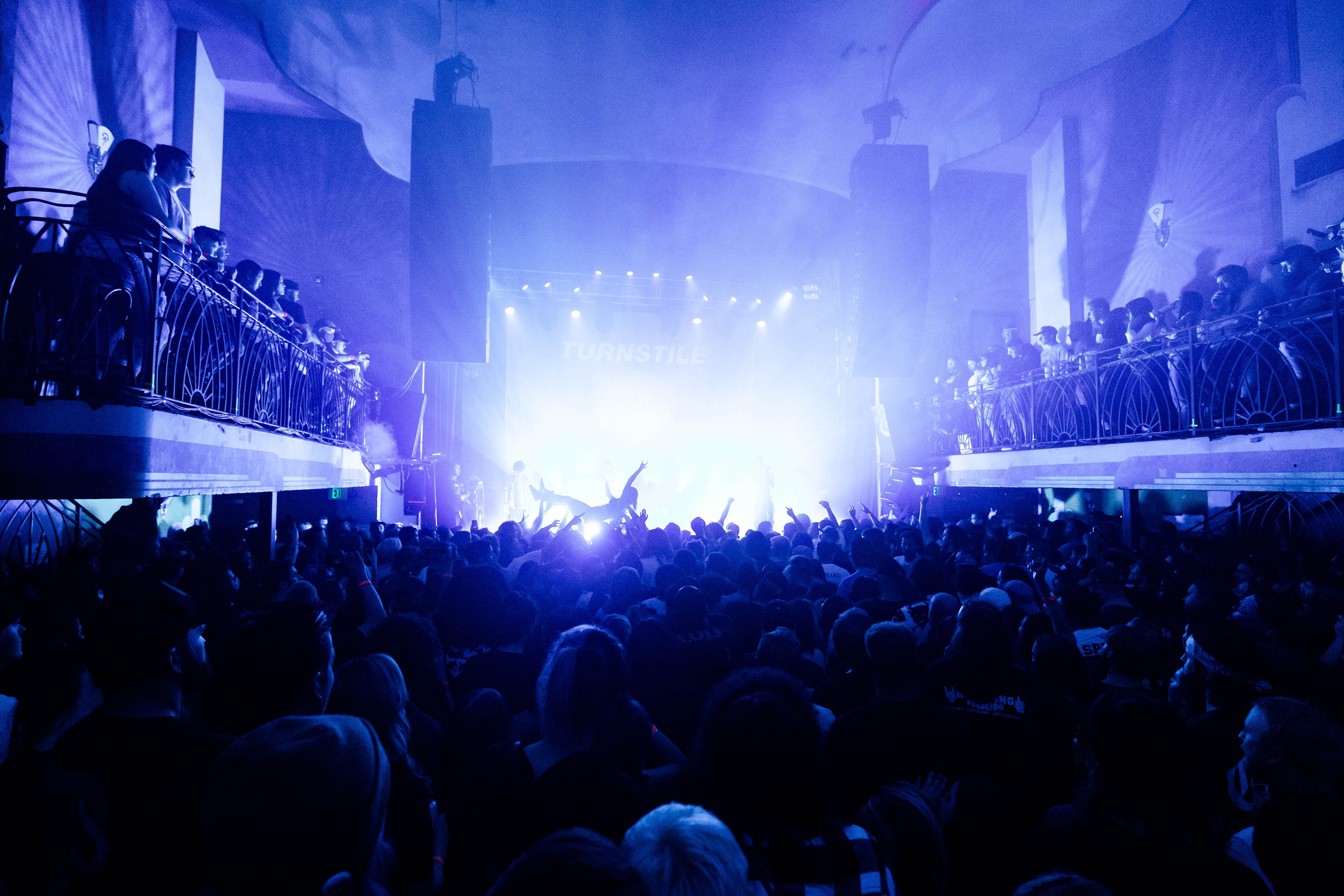 Yeats’ stage presence offered up the perfect combination of interactive entertainment. While easily delivering a wide vocal range, from angry punk shouts to melodic crooning, Yeats invited the audience into the show. Jumping along with fans on stage and lifting the entire microphone stand to pick up their voices singing along, Yeats achieved a performance that was true to the core of punk and spoke to the “love collective” at the heart of the band’s identity.

The other members of the band elevated the experience to the next level with their impressive musicality. Bassist Franz Lyons surged the venue with deep bass lines that, when paired with Daniel Fang’s performance on drums, created a rhythmic sound and feel that cut deep. Brady Evert and Pat McCrory on guitars made for a dynamic duo that injected soul into each song. 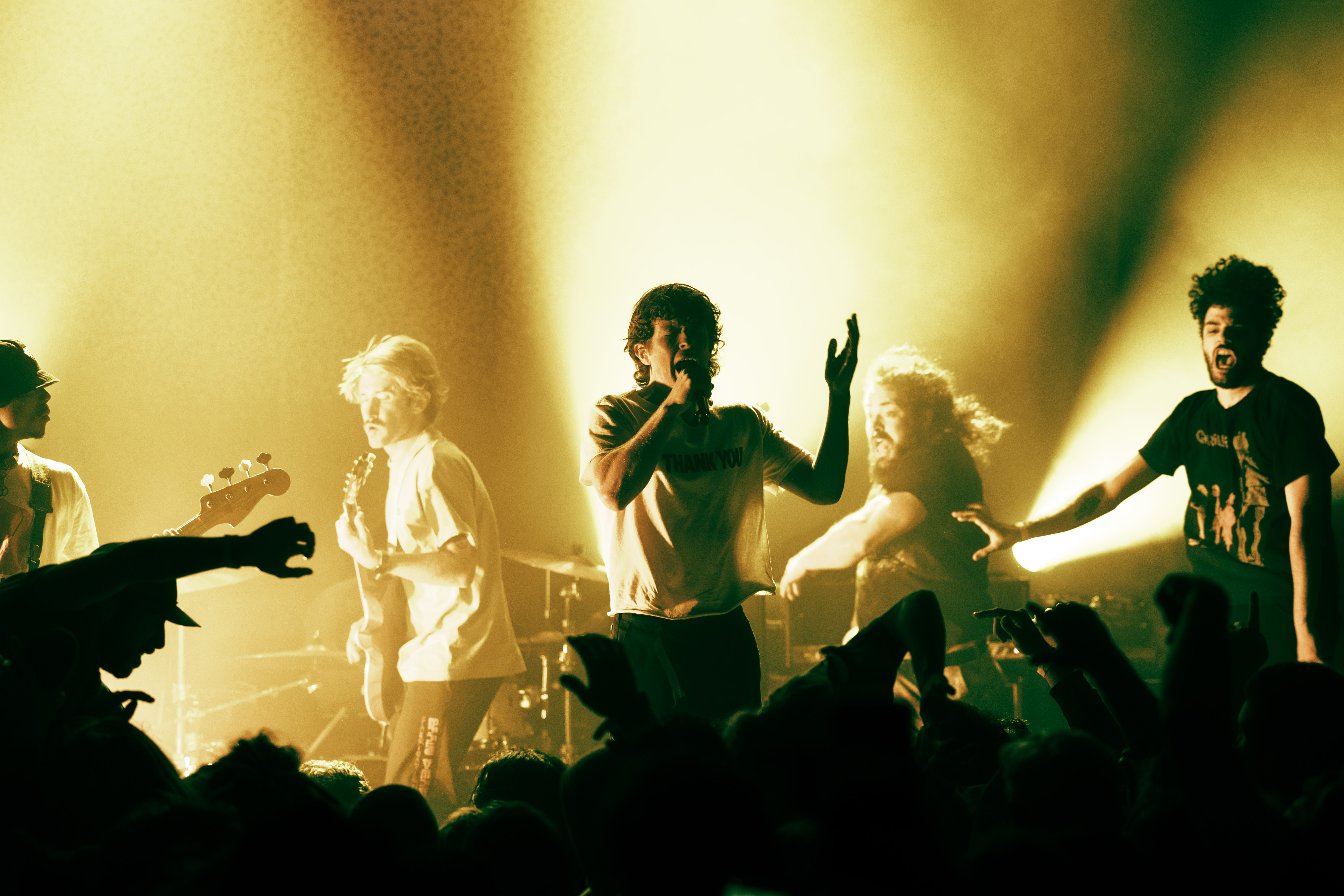 As the music kept pumping, and little time wasted between songs, the crowd, from the perfervid mosh pit to the fans leaning over the balcony, matched the spirit. Even with a small altercation ensuing near the end of the set, the band took a moment to advocate for connectivity and love with yourself and those around you. As a result, the show continued with the same unbridled energy, hardly missing a beat.

Highlighting their latest album release with the performance of songs including “MYSTERY” and “UNDERWATER BOI,” the band made sure not to neglect older fan favorites such as “Real Thing” and “Move Thru Me.” Covering a wide range of their discography was a testament to the band’s ability to expand their fan base as they evolve as a group. With each song played, the energy matched that of the last, making for a live music experience that delivered awe at every turn. 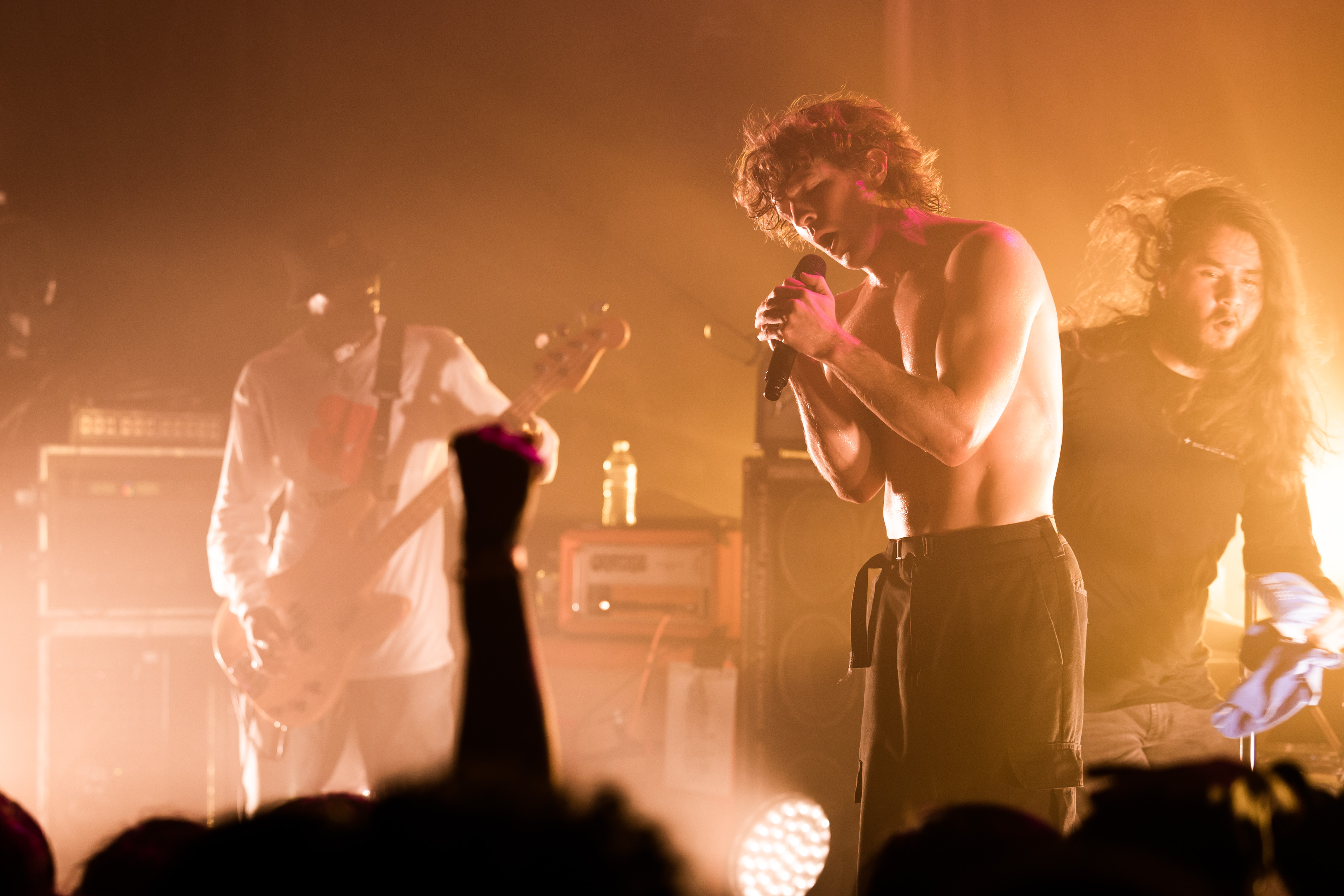 The show came full circle as the band wrapped up their set with their song “T.L.C. (TURNSTILE LOVE CONNECTION).” With smiles and sweat-stained faces, the crowd maintained the same excitement and connection to the music that they had during the first song of the night. In his lyricism, Yeats thanked the crowd for letting him be himself, and with that sentiment, sent the crowd into the night, yearning for more and anticipating the return of Turnstile to Denver.