Bright colored walls strewn with quirky art pieces provided a pleasant invitation into the creative space of the up-and-coming indie band, Moodlighting. The tactful choice of teal and green walls paired with acrylic depictions of mountainous scenes, hanging plants and soft lighting characterized the room and gave a glimpse into the artistry of the band. Reflective of the nature of the band’s music, the space offered a sense of warmth with a unique flair that induced awe. 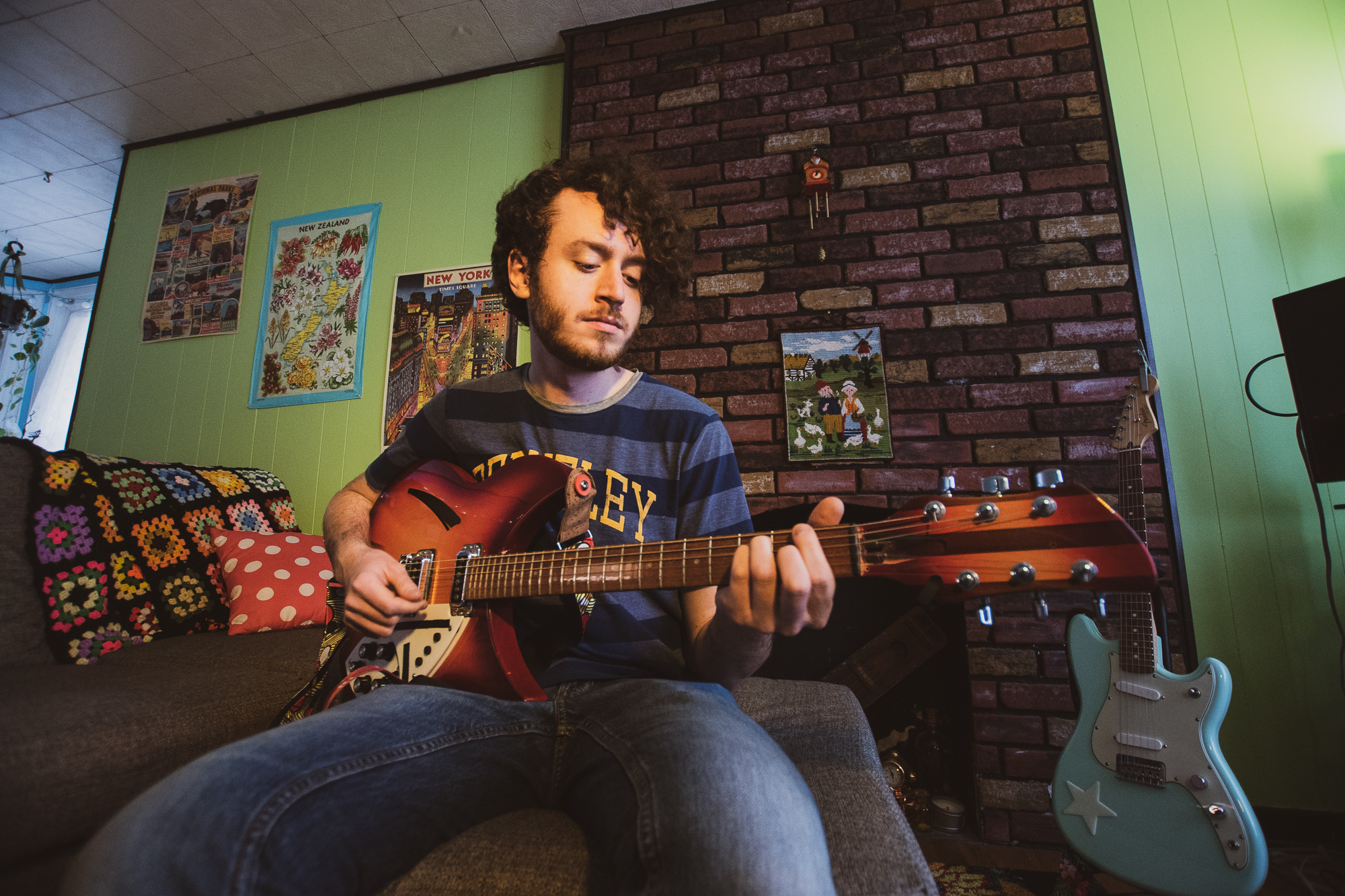 Blending the comfort of indie pop and the mystique of shoegaze, Moodlighting is blessing the Denver music scene with their personal charm. “I’d say the sound of the band is a nice blend of dream pop, shoegaze, twee and general indie-pop elements. Some of the songs have a harsher, darker shoegaze sound and others are really bright and poppy, so I appreciate the diversity in our sound,” said drummer Stephen Riffert. In conjunction with the other bandmates, Riffert went on to explain that the band often employs elements of  “airy vocals and layered, spacious guitars” which amount to the variety in sound that shines through.

The two who spearheaded the group, Sophie Gullett and Alex Goetz, began Moodlighting before they moved into the location that they now live and work in. The couple met years prior to the start of the band when they were in high school. However, during the course of their relationship, they never thought to explore music together until recently. “Our friend sent us this album by the band Nice Try, and we thought it’d be really cool to do something in this vein and so that was kind of the real start of this band. Through that, we kind of started writing stuff together and it was surprisingly natural, never having done that process together,” Gullett said. 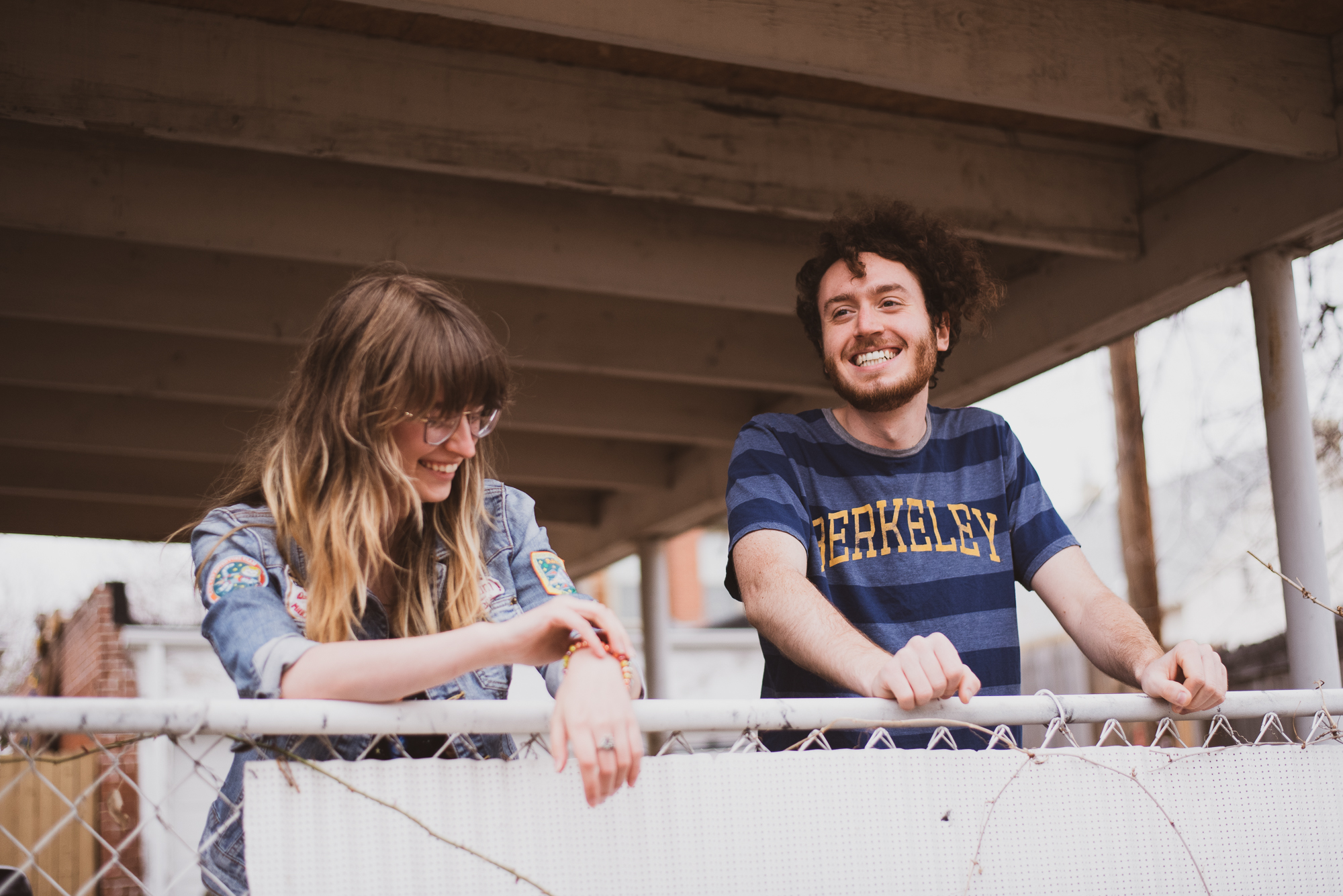 During the pandemic, the two wrote and recorded their first album before bringing in three other musicians to translate the music to a live setting. “We were writing this stuff and it was a departure from what I’d been doing before and so I really liked this idea of really catchy but noisy, loud music and it was like, this would translate well to a live band so that was my plan,” Goetz said.

With Gullet on lead vocals and Goetz on guitar, now met with Riffert on drums, Hawley Young on bass and Kyle McAlister on guitar, the band is setting out to share their versatile sound, having started as a DIY project, to a larger audience. The band has already played at several spots around the Denver area and expressed their desire to continue growing as a live band. They added how Denver specifically has aided that process. “[In] Denver, everyone is just doing what they want to do,” Goetz voiced, going on to add, “I think there are a lot of people that are really nice and once you find your little group then you can keep branching out and meeting more people.”

While continuing to connect with the expansive Denver music community, the band expressed how community also plays a part in their overall dynamic as a group. “I love being in Moodlighting because we all share a similar approach to being in a band. At the end of the day, we all just want to make meaningful memories and memorable music with friends,” Young said. For how that translates to their music, Goetz added, “The other thing we try to go for, I always like it when you see a band and you get the sense that they’re friends with each other and it’s very natural — like they’re just having fun with each other on stage. So we try to have that kind of thing where we’re looking at each other and laughing and stuff.”

Moodlighting released their first full-length album, Boy wonder, last Friday, inspired by the root emotions felt during the pandemic. It’s packed with indie and shoegaze elements that are central to the band’s sound. The band is currently working on their second album with full collaboration from the band. Catch them at their album release show on May 5 at Hi-Dive.