3 Denver-Made Kombucha Spots That Are Worth the Hype

Kombucha is more than a drink. When you begin to learn about the fermentation process used to carefully craft this multifarious beverage, you begin to understand that kombucha is science and art all mixed together. Whether you’re looking for a healthier alternative, a good mixer or a fun new drink to try, kombucha is a fascinating beverage to look into. Here are a few great places in Denver to try handcrafted kombucha today. 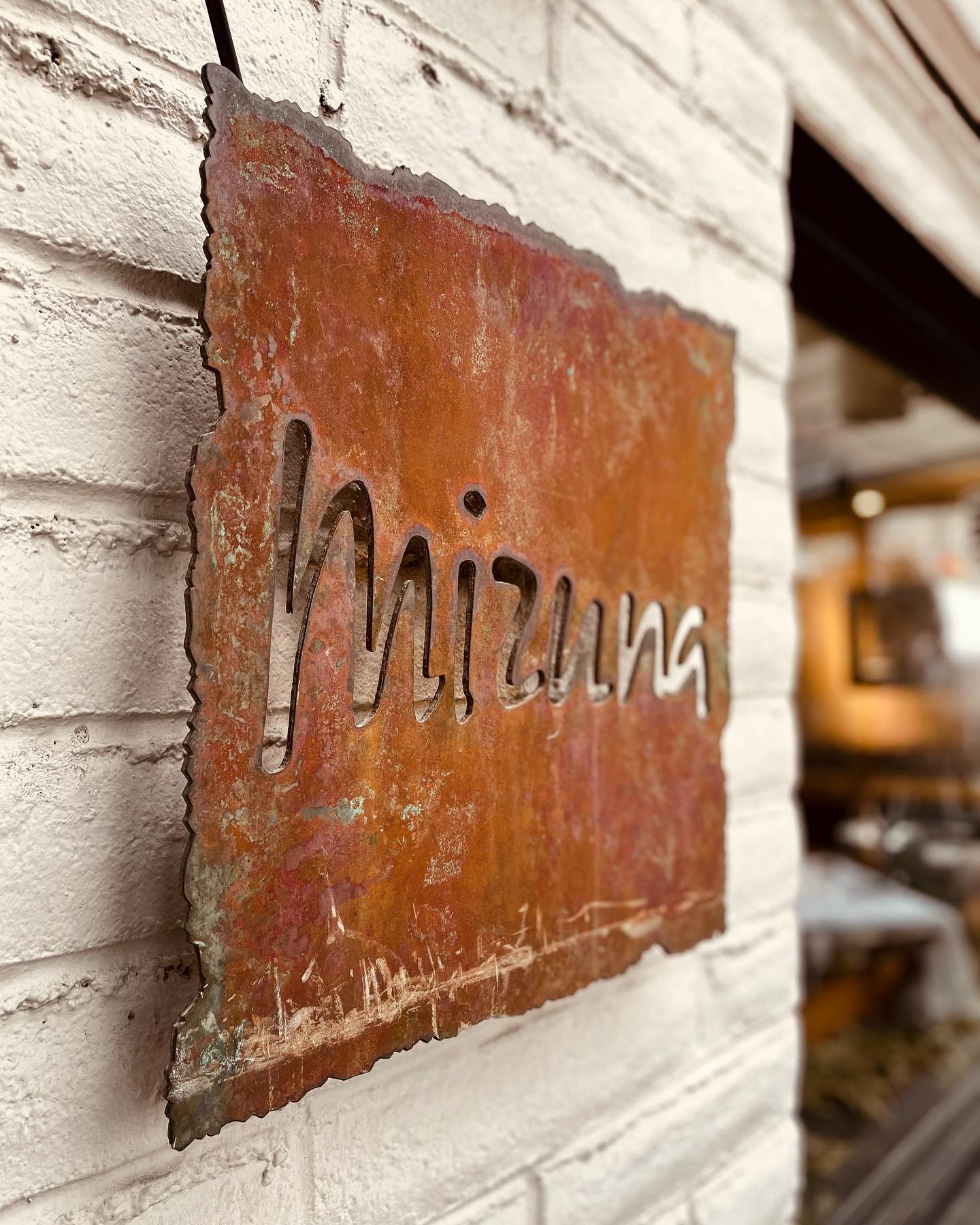 The Lowdown: If you’re walking down 7th Avenue between N Grant Street and N Sherman Street, you will notice a strip of various restaurants, one being Mizuna. Nestled alongside Vesper Lounge, the menu, which changes monthly, at this seemingly small and quaint neighborhood eatery, certainly packs a punch. Consistently rated as one of the best dining experiences in the country, Mizuna is known for its American-style eats steeped in French tradition as well as for its first-rate service.

Not only are they delivering world-class plates at Mizuna, but thanks to head chef and kombucha expert Adam Samokishyn, they are now also brewing and serving up some of the finest kombuchas in town.

Founder and owner of Mizuna, Frank Bonnano, got his start in the restaurant industry when he was just 14 years old. The then young New Jersey native found his passion for food through none other than pizza. “I wanted pizza! You got free pizza if you folded 10 pizza boxes,” he said.

The childhood inspiration Bonanno found in pizza would go on to lead him down a bright and wildly successful path in the culinary world. Today, Bonanno is a world-renowned chef, entrepreneur and plays a heavily influential role in Denver’s food scene. Although each of his 10 restaurants in the Denver area is serving up their own unique menus and flavors, Bonanno’s mission remains the same across the board — creating happy people.

“I want people to leave laughing and making a reservation on their way out to come back because they had so much fun,” said Bonanno.

When it comes to the kombucha at Mizuna, it all comes down to expert brewer Adam Samokishyn. A Colorado native, Samokishyn began cooking at an early age and steadily worked his way up the culinary ladder. After attending Johnson and Wales for culinary school and working under many highly respected chefs at eateries including Blue Hill at Stone Barns and Beast and Bottle, Samokishyn found himself at Mizuna in 2019 where he would eventually take over the role of head chef. 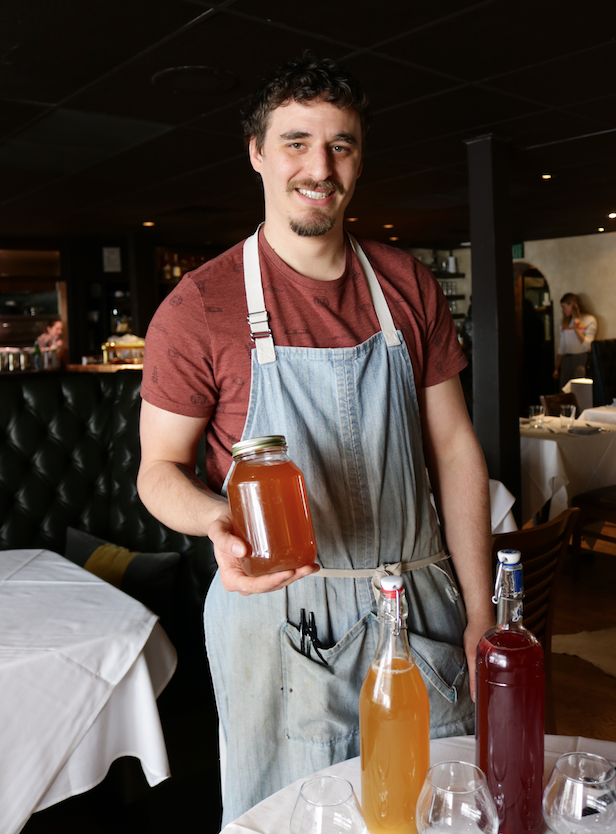 Mizuna’s head chef Adam Samokishyn shows off a few of the kombucha flavors he’s been brewing. Photo by Joy Weinberg.

More than an extraordinarily talented and creative chef, Samokishyn is also somewhat of a scientist who uses his knowledge to brew.

“I’ve always had an interest in brewing. My degree before culinary school was organic chemistry with brewing sciences at CSU,” said Samokishyn.

As Samokishyn began to introduce the idea of adding kombucha to the menu at Mizuna, fellow chefs including Zack Adleman and Caleb Garritson dove deeper into the craft as well. Now armed with a number of chefs and creatives who are passionate and knowledgeable about the art of making kombucha, they are able to brew and test all of their kombuchas in-house.

Since all of Mizuna’s kombucha is made in-house, they have a unique flexibility at Mizuna that allows them to play with various flavor profiles.

“Rules aren’t the rules, you can do whatever you want. We’ve tried parsnip, we’ve tried beet, we’ve tried a lot of different flavors,” said Samokishyn. “Most of the time it depends on what we have and what we’re already ordering. You know, having a pastry chef like Mckenzie is amazing. We can be like, hey, we have a lot of pomegranates in, she wants to phase out the pomegranates so now we have an excess of pomegranate that we can make like three to four quarts of kombucha out of.”

At Mizuna, the kombucha tasting experience is not what you would typically imagine. You will not find their kombucha on tap or in bottles or cans. Instead, they have crafted their kombucha to be an intrical part of the fine dining experience. Served in a tiny glass, Mizuna’s made-in-house kombucha works as a palate cleanser to refresh and reset your taste buds right before the final courses are served.

“As an intermezzo, is kind of where it has always lied on the menu. That’s where I kind of see it fitting in really well because with the acidity from all of your previous courses, it kind of cleanses your palate and gives you something refreshing and then you can go into the bigger flavors at the end of your meal, and your sweets,” said Samokishyn.

The current kombucha flavors Mizuna is brewing up are Rosehip and Honey, which is a flat kombucha that has intermediate acidity with sweet with vibrant hints of honey; Pineapple Mango Jasmine which is fizzy, mildly acidic and carries tropically sweet undertones; and the Blackberry Ginger Honey which is fairly acidic, effervescently sweet with hints of a snappy ginger punch. While these are the current kombucha flavor offerings at Mizuna, their flavors, much like the menu, are always evolving and changing. 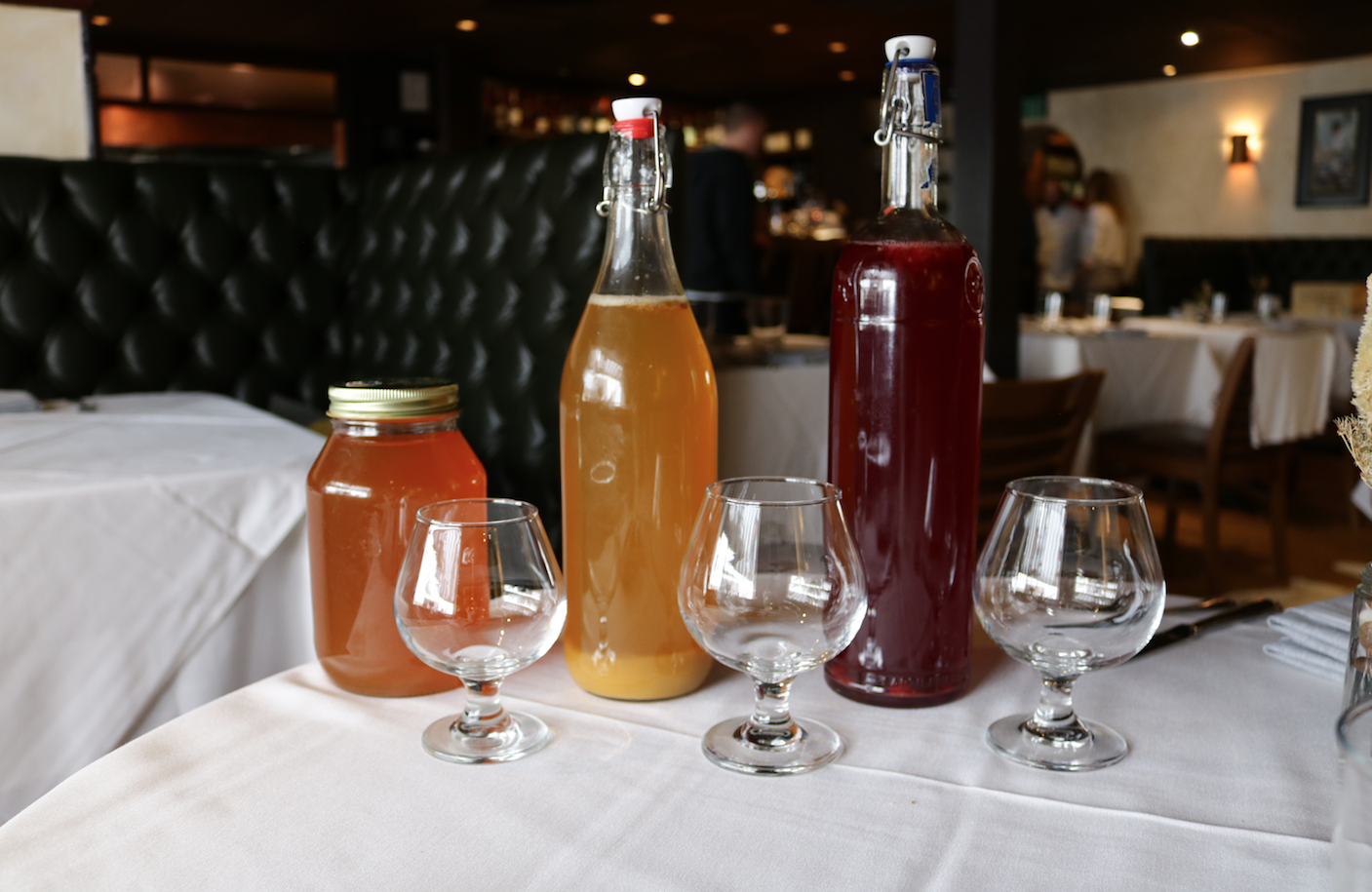 If you’re looking for a place in Denver to pair a fantastic, flavorful, carefully brewed Kombucha with a great atmosphere and world-class food, Mizuna is your spot. 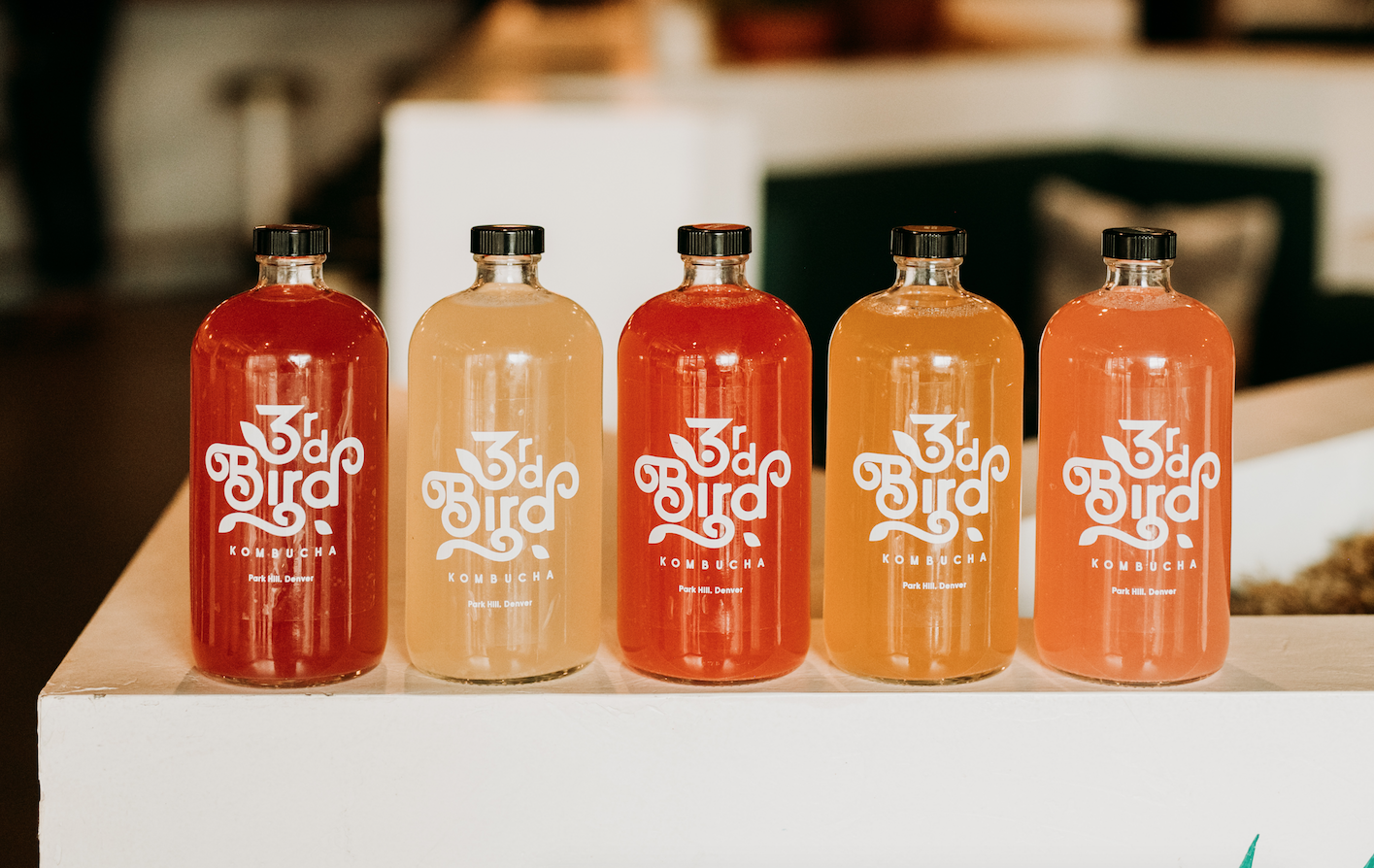 Location: Order online or pick-up at various locations across Denver

The Lowdown: For Sara Lemmon, founder of 3rd Bird Collective and self-taught brewer, kombucha has transformed her and her family’s life tremendously. Originally from New Jersey, Lemmon moved to Colorado in 2002 to attend the University of Colorado Boulder where she studied Environmental Studies. After graduating, Lemmon went on to work in the non-profit space for a number of years before starting a family and eventually becoming a middle school science teacher working in the Denver Public School system.

Lemmon’s journey into the world of kombucha was paved by her third and youngest child Silas who she calls her “third bird.”

“When Silas, my third bird was born, it became apparent pretty early on that he experienced the world very very differently,” said Lemmon. “The world felt too aggressive for him. So using my science background I began to do a lot of research to see what I could do to make the world a little bit kinder for him.” 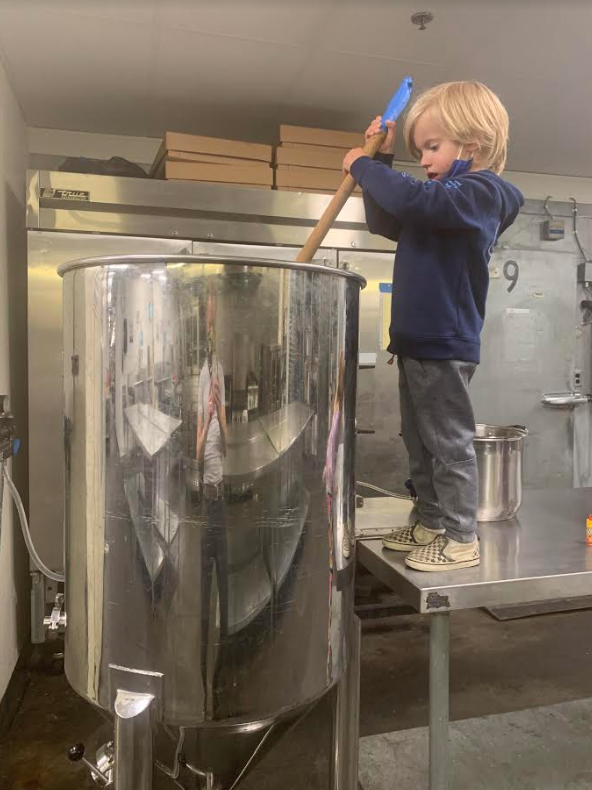 As Lemmon continued researching, she began to notice that there seemed to be an important symbiotic relationship between gut and brain health. After spending time searching for products that could aid her son’s gut health, Lemmon fell into kombucha.

“I should tell you, when I first tried kombucha I thought it was gross,” Lemmon admitted with a laugh.

On a mission to make better tasting kombucha that her son and family could enjoy together, Lemmon used her science background to start brewing herself in 2020.

After sharing a few of her home-brewed batches of kombucha with neighbors, friends and family she realized her product was well-received and decided to take on kombucha full-time, slowly growing her brand. From starting with brewing out of a commissary kitchen and going door to door selling her product to now operating out of a large-scale brewery, Lemmon has quickly grown her reputable kombucha brand which is now directly delivered to over 120 families in the Metro-Denver area.

While some kombuchas can be intimidating to drink, 3rd Bird Collective prides itself on being “the most drinkable kombucha” out there. Not too tart and not too sweet, the flavor profiles at 3rd Bird typically consist of a fruit and an herb pairing. Popular flavors include the bright and refreshing Strawberry Basil, Lemmon’s husband’s favorite the Hibiscus Lime Mint and the luscious Blackberry Sage. While all of Lemmon’s young kids, Elodi, Grier and Silas help with the business, all flavors are taste-tested and get the final stamp of approval from Lemmon’s “second bird,” Grier.

Aside from brewing up great kombucha, 3rd Bird collective is also focused on giving back to the community.

“Our mission at 3rd Bird is to cultivate community one glass of Kombucha at a time,” said Lemmon. “Not only do we serve you the most drinkable Kombucha but we also routinely give money to nonprofits,” Lemmon added.

A few of the nonprofits 3rd Bird Collective works with are TACT and REVEL, both of whom focus on giving autistic children and young adults the tools they need to live a happy and healthy life.

Although 3rd Bird does not yet have an in-house tasting room, you can find 3rd Bird kombucha at a number of spots in and around Denver including: Tattered Cover Book Stores, Electric Cure, Honey Hill Cafe, Mockery Brewery and Infinite Monkey Theorem. You can also order 3rd Bird kombucha to be delivered directly to your house and sign up to become part of the “flock” to receive special offers. 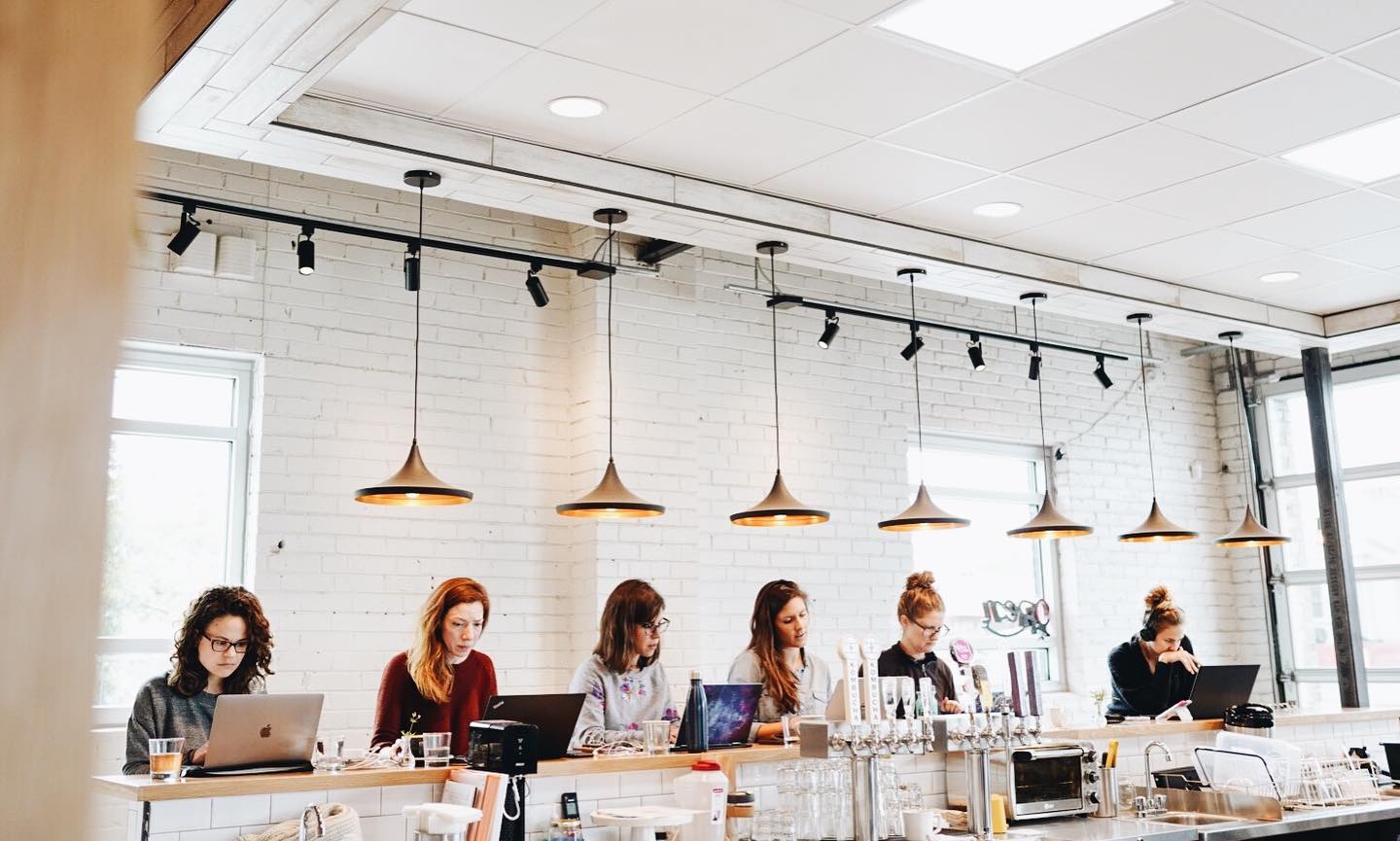 The Lowdown: If you’re looking for a chill place to work, meet up with friends or just grab a quick coffee or kombucha, Brew Culture Coffee is a great place to check out. Owner and Colorado native Troy Reynolds first became intrigued with kombucha when he realized the health benefits associated with the drink.

“We enjoyed the health benefits from kombucha. It’s really good for your gut and it has a ton of probiotics in it. So we wanted to serve something that was very healthy but also very tasty at the same time,” said Reynolds. 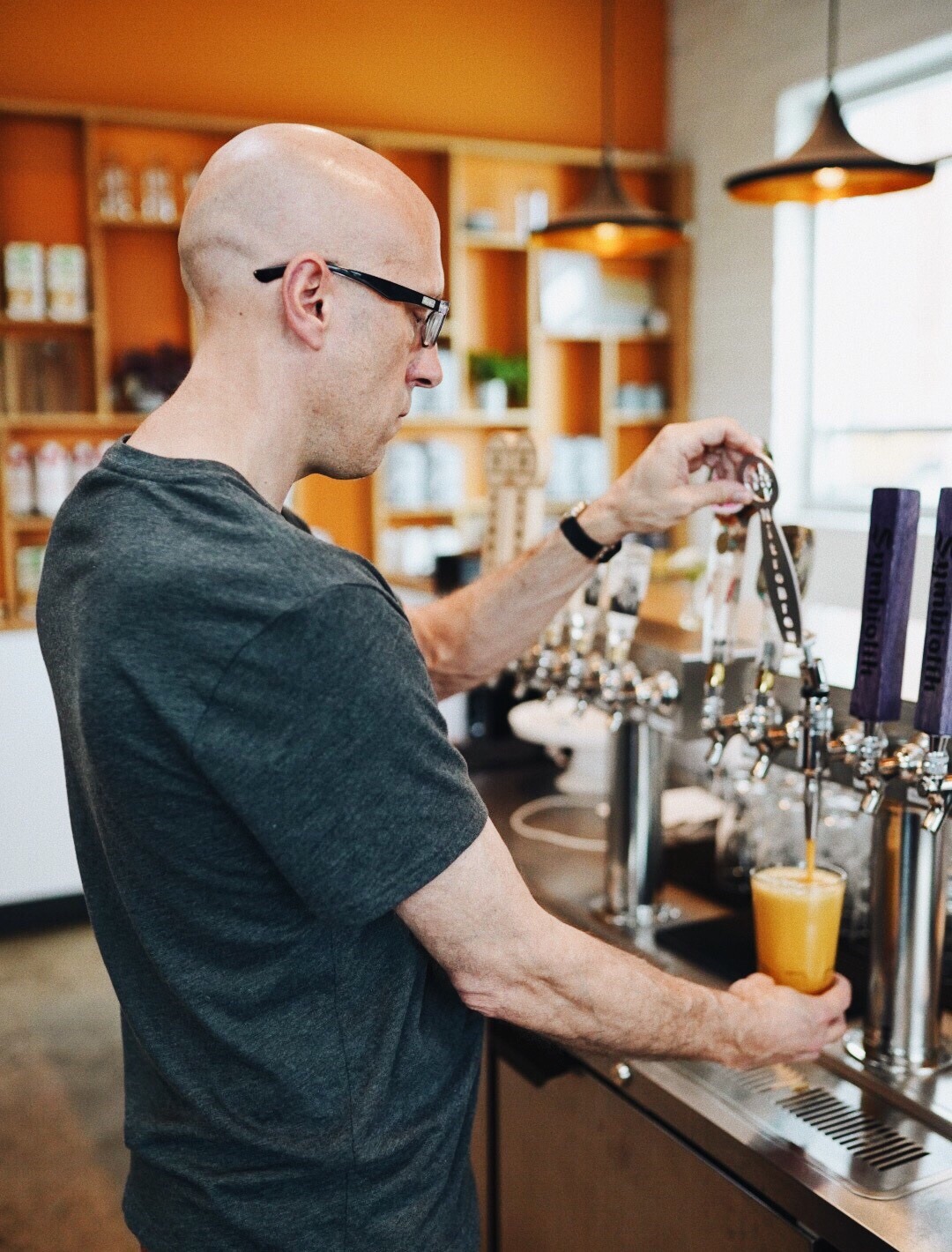 Although not brewed in-house, you can find Brew Culture Coffee brewing all of their kombuchas at Colorado’s very own Elevated Elixirs. With a variation of nine different kombuchas on tap, including two rotating guest taps, you are sure to find a flavor you love at Brew Culture Coffee.

Some of their staple flavors include: Citric Grapefruit, Mango Habanero, Blueberry Pomegranate, Manachea, which is coconut and turmeric and, for the fans of tropical flavors, the Maui Sunrise, which is ginger, mango and pineapple.

Kombucha always starts with a tea base, which at Elevated Elixirs is yerba mate. It is then fermented with a live culture, also known as the “mother” or S.C.O.B.Y, which stands for Symbiotic Culture of Bacteria and Yeast. The ingredients added to the brew along with how long the kombucha is left to ferment, usually between seven to 10 days, ultimately determines the flavors and acidity of a batch.

At Brew Culture Coffee, their mission is not only to serve great drinks but also to add community to the neighborhood by giving people a comfortable place to meet and work. Aside from having a large indoor space with many seating options to choose from, you can also grab a drink and get some fresh air on their spacious outdoor patio. So the next time you’re looking for a spacious place to work and grab a coffee or kombucha, make sure to check out Brew Culture Coffee.