While kombucha carries traces of alcohol because of its fermentation process, there were hardly any concerns about opening a bottle before 5 p.m or the risk of intoxication from having one too many. However, Anna Zesbaugh – founder of Hooch Booch – is putting the booze in kombucha with Denver’s first hard version of the popular drink.

Many people are now finding themselves sipping on seltzers as their alcohol of choice. However, Zesbaugh wanted to see an even better alcohol alternative than one that just boasted zero sugar. Hooch Booch has zero-added sugar but also live probiotics. 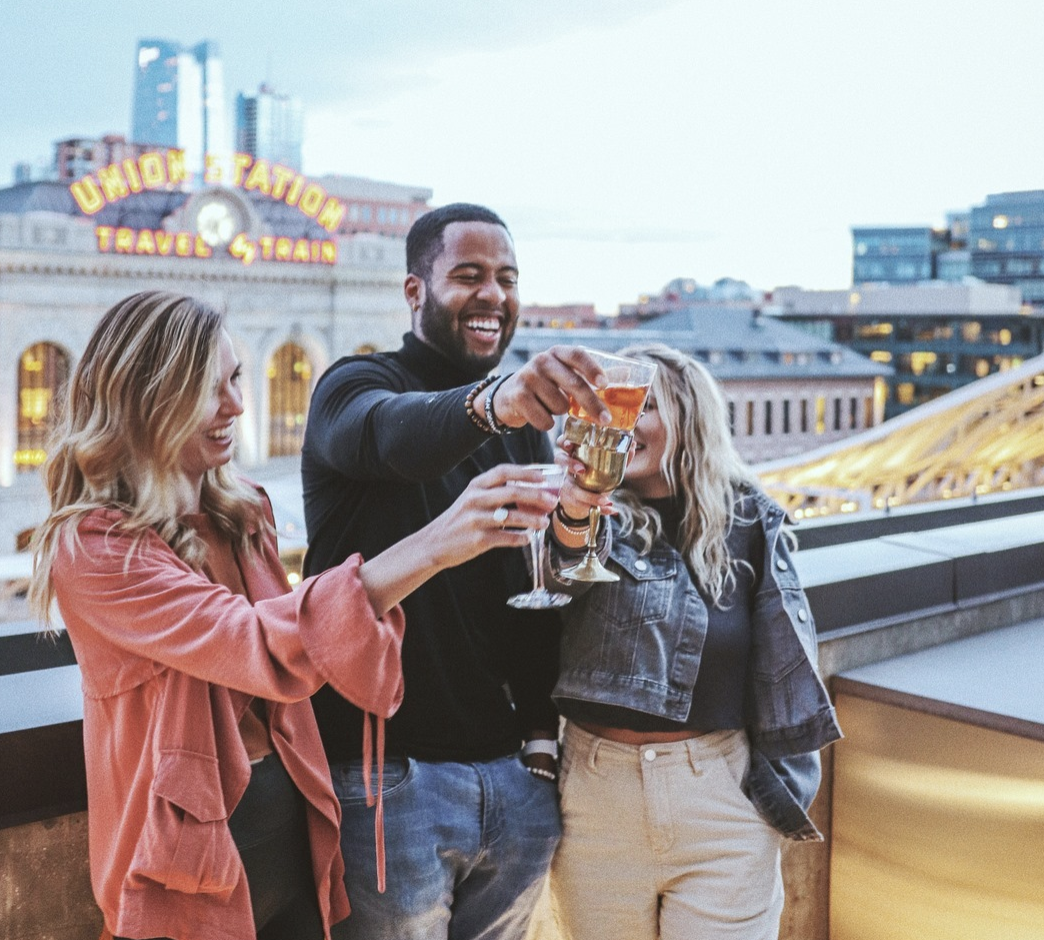 Hooch Booch brings all the liveliness that the roaring 20s represented. Photo by Hooch Booch.

Hooch Booch just recently joined the Denver alcohol industry as it began serving the city its only local hard kombucha in 2020. To honor this new addition – they partnered with Fireside at Five to host a launch party in the RiNo district just last week.

Its creation stemmed from the unknowns of COVID-19. Zesbaugh was furloughed in March 2020 and pivoted to pursue her passion in the beverage industry. Her creative mind concocted a tasty libation that also uses local resources and is clean in its ingredients. Thus this local, female-owned business was born.

The inspiration for Hooch Booch flavors stems from the roaring ‘20s and the prohibition era. The three current flavors are the Bee’s Knees, Clover Club and Old Fashioned. Each mirrors a classic libation but with a bubbly, probiotic-filled twist. 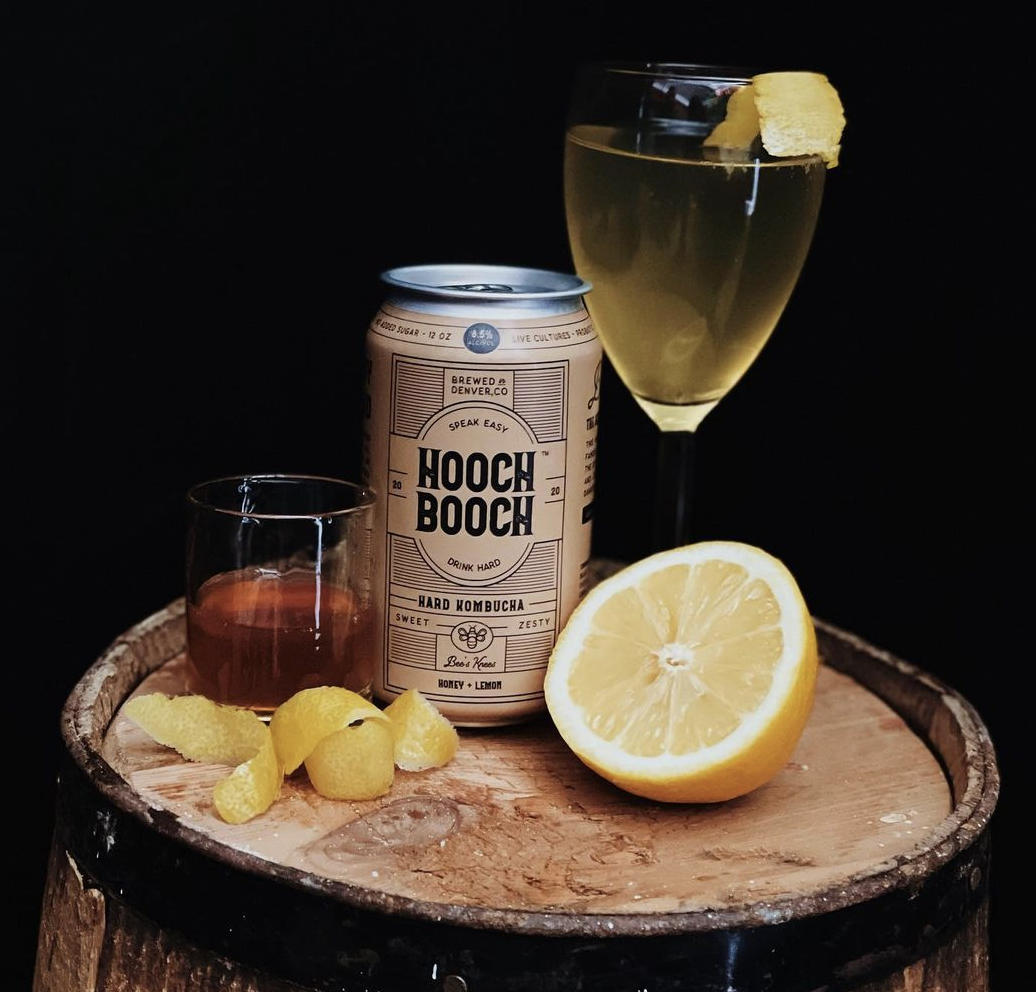 Hard kombucha with all the flavors of the Bee’s Knees cocktail. Photo by Hooch Booch.

As expected, the Bee’s Knees brings in the feeling of spring with notes of honey and lemon. The Clover Club is tart from combining raspberry and a bit of lemon. Drinkers can replicate the Clover Club’s froth by pouring the contents into a glass. The fizzing bubbles emulate the foam effortlessly. The Old Fashioned brings the smokey oak of a timeless cocktail and finishes with the subtlety of orange. 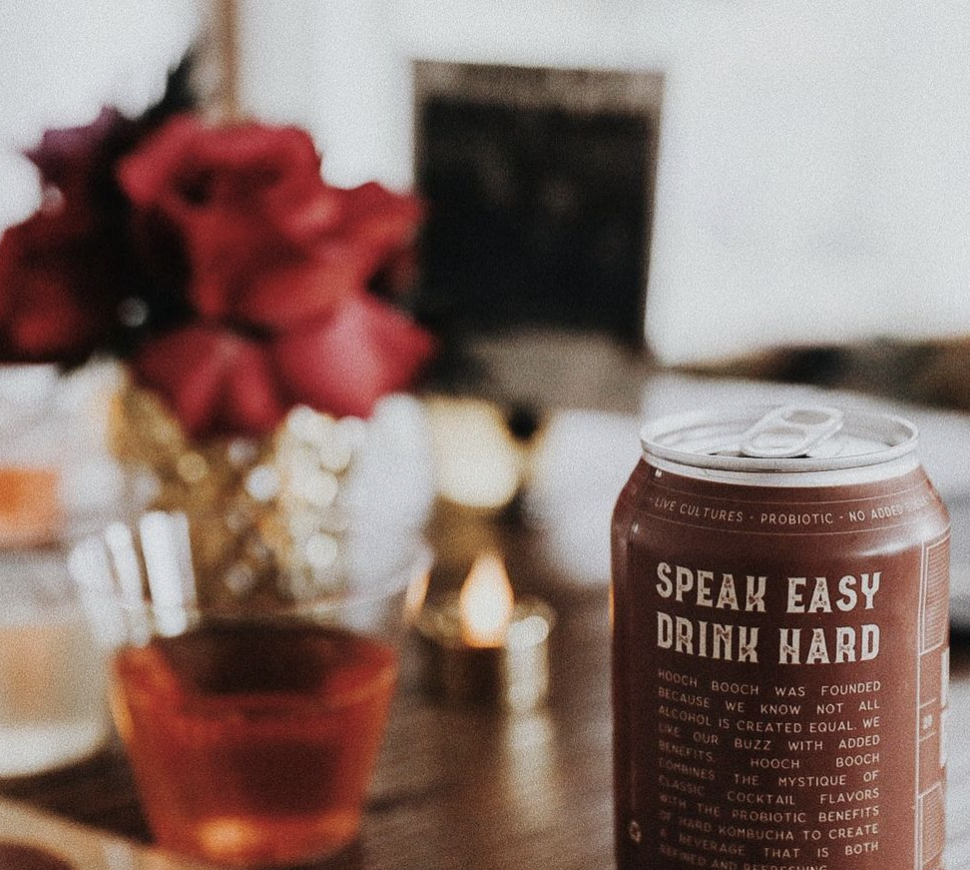 Hooch Booch encourages using their product as the base for these original cocktails. Each can suggests which liquor to add in order to make the cocktail it was built on. Each can has about 8.5% alcohol per 12 oz, so it sits above many beers or seltzers  in alcohol content.

Patrons can snag this locally brewed hard kombucha at a number of local liquor stores around the Denver area. Their current sellers include Bonnie Brae Liquors to Mission Control Liquor Station in the Highland area.

Zesbaugh’s resilience during a hard time led her to create the kombucha that people can swig to celebrate the light at the end of the tunnel.

Here is the entire map of the stores selling Hooch Booch.