A crowd engulfed in a state of passivity, with the first thundering riff and a display of swelling vocals, Cheap Perfume transforms the audience into a transfixed one — a testament to the band’s allure. Seven years in the running, the band continues to incite awe and contribute to the ever-evolving Denver punk scene. From the liberated energy in their stage presence and lyrics that denounce Nazis and sexism to forceful percussion and powerful female vocals, punk is central to every aspect of the band. Subscribing to a punk image and sound, however, wasn’t a set intention for the band at their fruition. 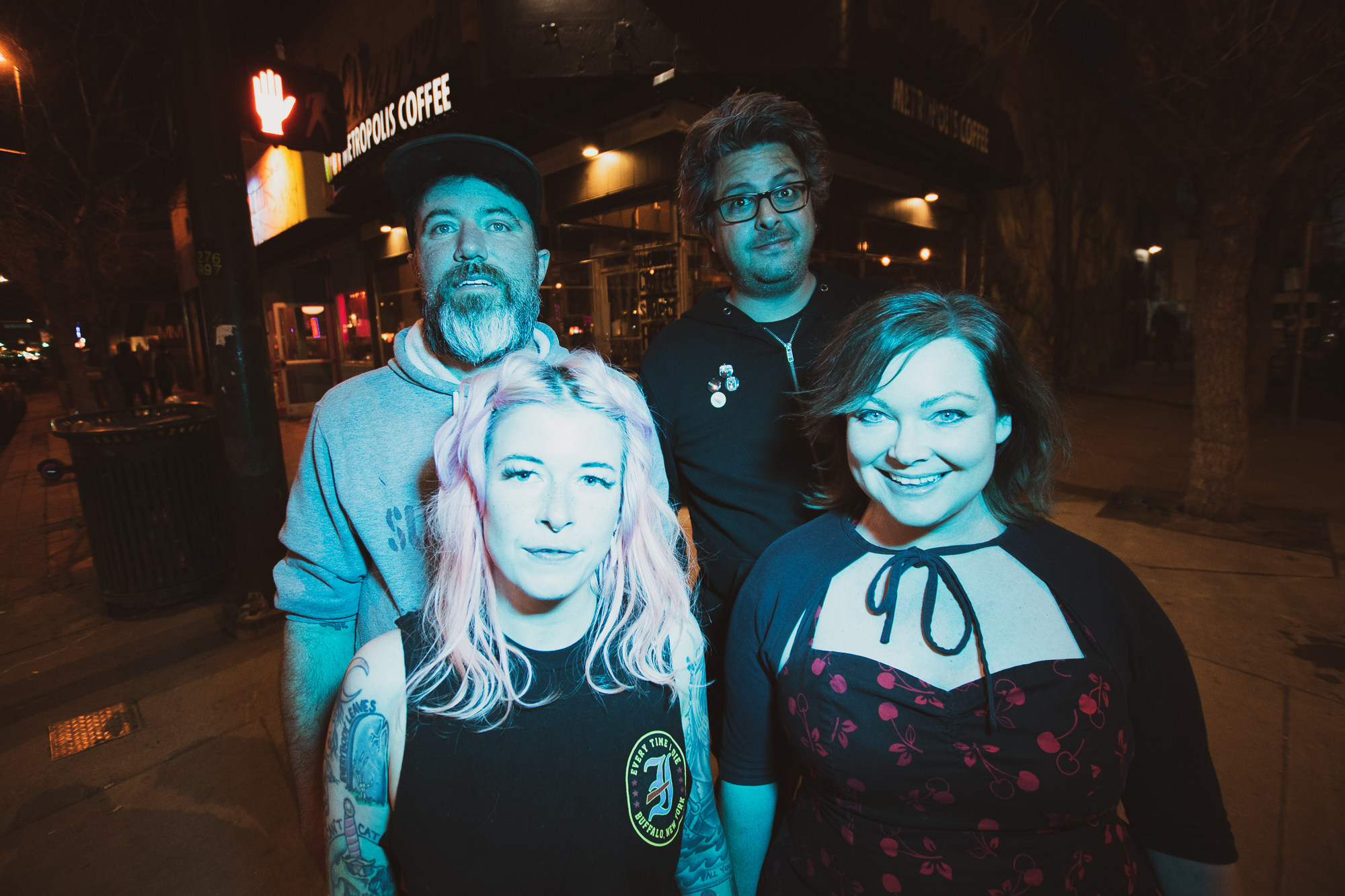 “We didn’t set out to say we had a sound in mind that we wanted to sound like, it was more like what came up when we were playing together and when Stephanie and I would get together — actually all of us — and write lyrics or Stephanie would say hey I wrote these lyrics and I’m thinking of this certain rhythm, it just came about that way. It came organically, our sound did, and then instantly people were like, this is feminist punk,” guitarist and co-vocalist Jane No said.

Putting their emotions at the forefront of their music, the band produces a surging punk sound that is both retro and innovative. Much of the unrestrained nature of their music is given life through the forthright lyricism that the band employs. When crafting their lyrics, Jane No described writing about, “Just whatever is pissing us off at the time. I mean, not all of our songs are angry, but a lot of them are. Whatever is pissing us off at the time whether it’s sexism, racism, capitalism… those are our main topics.” 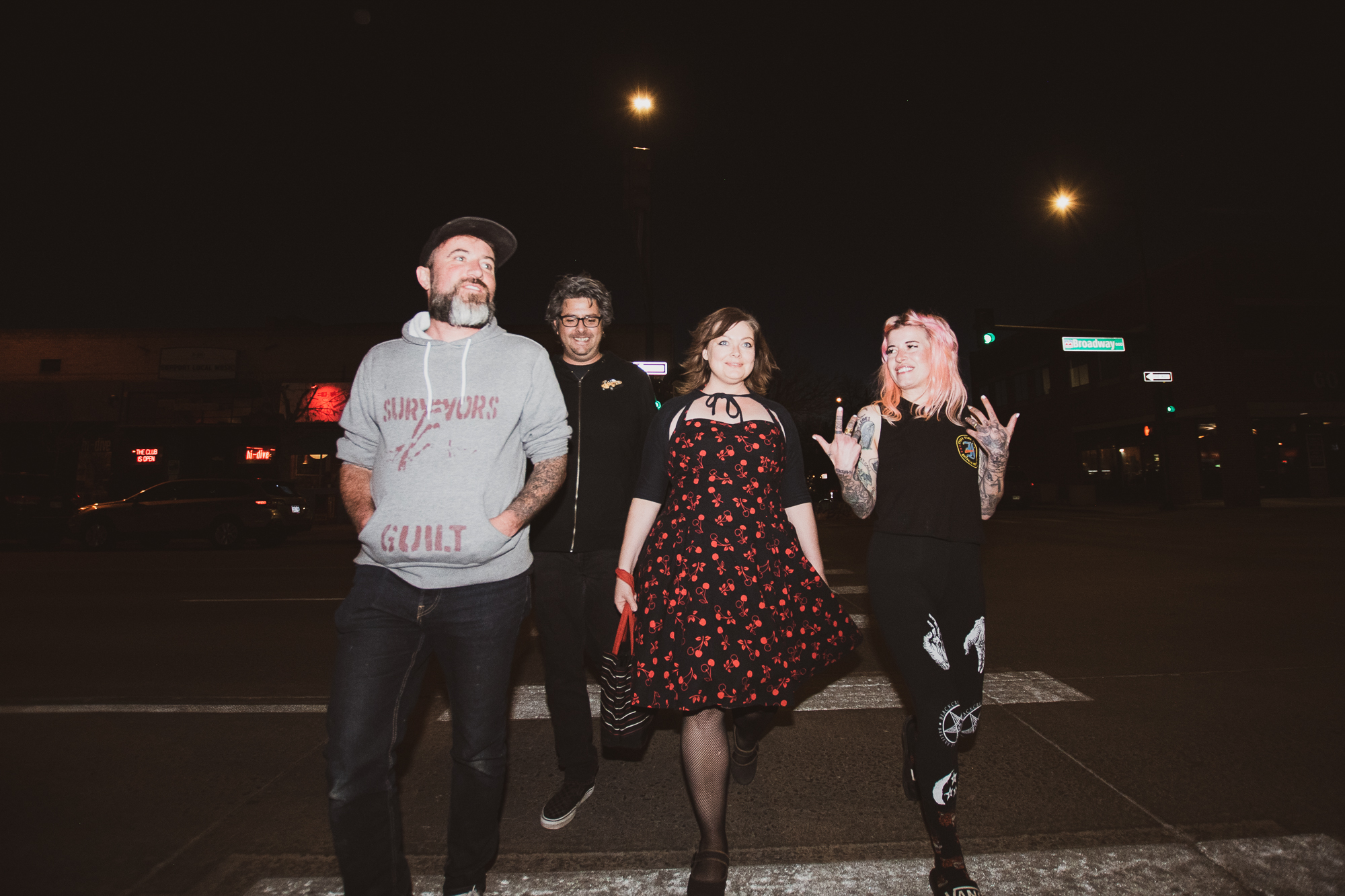 Being a female-fronted band, audiences have compared their sound and thematic content to Riot Grrrl era bands of the ’90s. With the same feminine rage and vulnerable lyrics, Cheap Perfume is similar to the female punk bands that preceded them. Yet faced with a new age of feminism, the band is progressive in their own way. “I think we’ve evolved quite a bit and will still continue to sing about the experience of what it is like to be a woman. I would say we’ve always been inclusive from the start but maybe without knowing as much about what that means as we do now and plus…I just know we like to sing about feminism and what it’s like to be a woman and that’s not going to change…but I would say our idea of what that means has broadened,” Jane No said. 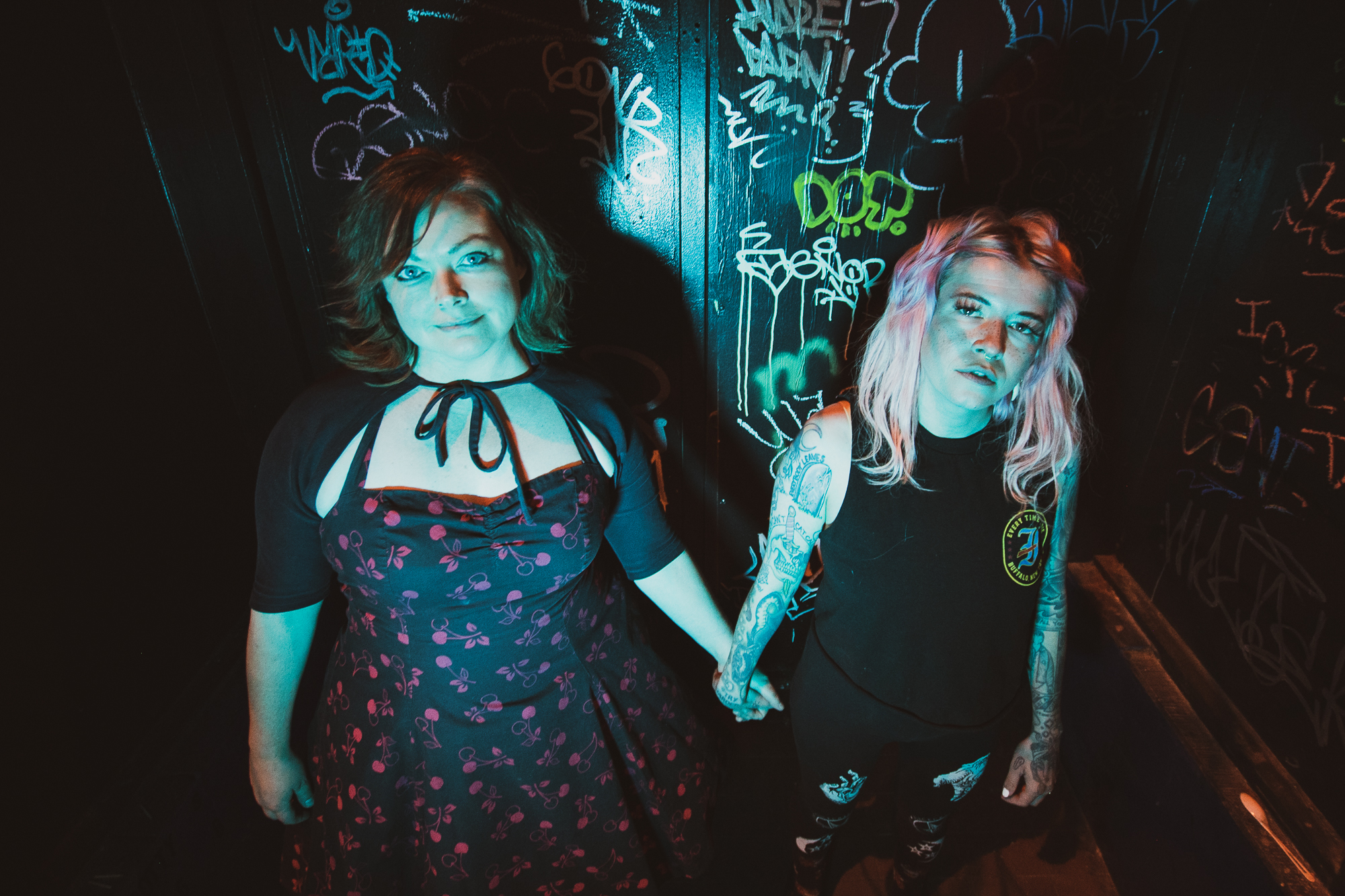 Openly addressing their own trauma tied to sexual assault as well as the blatant sexism that is present in society, Cheap Perfume isn’t afraid to speak on hard-hitting issues. Coming from a place of authenticity in their music, the band has created avenues for acceptance and activism. “One of my favorite phrases that I’ve ever heard that I think revolves around what has happened is that healing happens when stories are told in safe spaces. I think that without knowing it we were able to give some folks some safe spaces. It makes me teary just to think about, that there is healing in us just being our authentic selves,” lead vocalist Stephanie Bryne said.

The band expressed their gratitude for the reception to their openness from listeners as well as the impact that they have been able to have. With the responsibility of tackling moral issues in their music, they also noted the challenges they have experienced from it. “Because we have topical songs people are like, you need to do this. As a collective, our activism is writing these songs. We do things in our own lives but there’s just this expectation to be what everybody wants you to be because you said something in a song,” bassist Geoff Brent said. 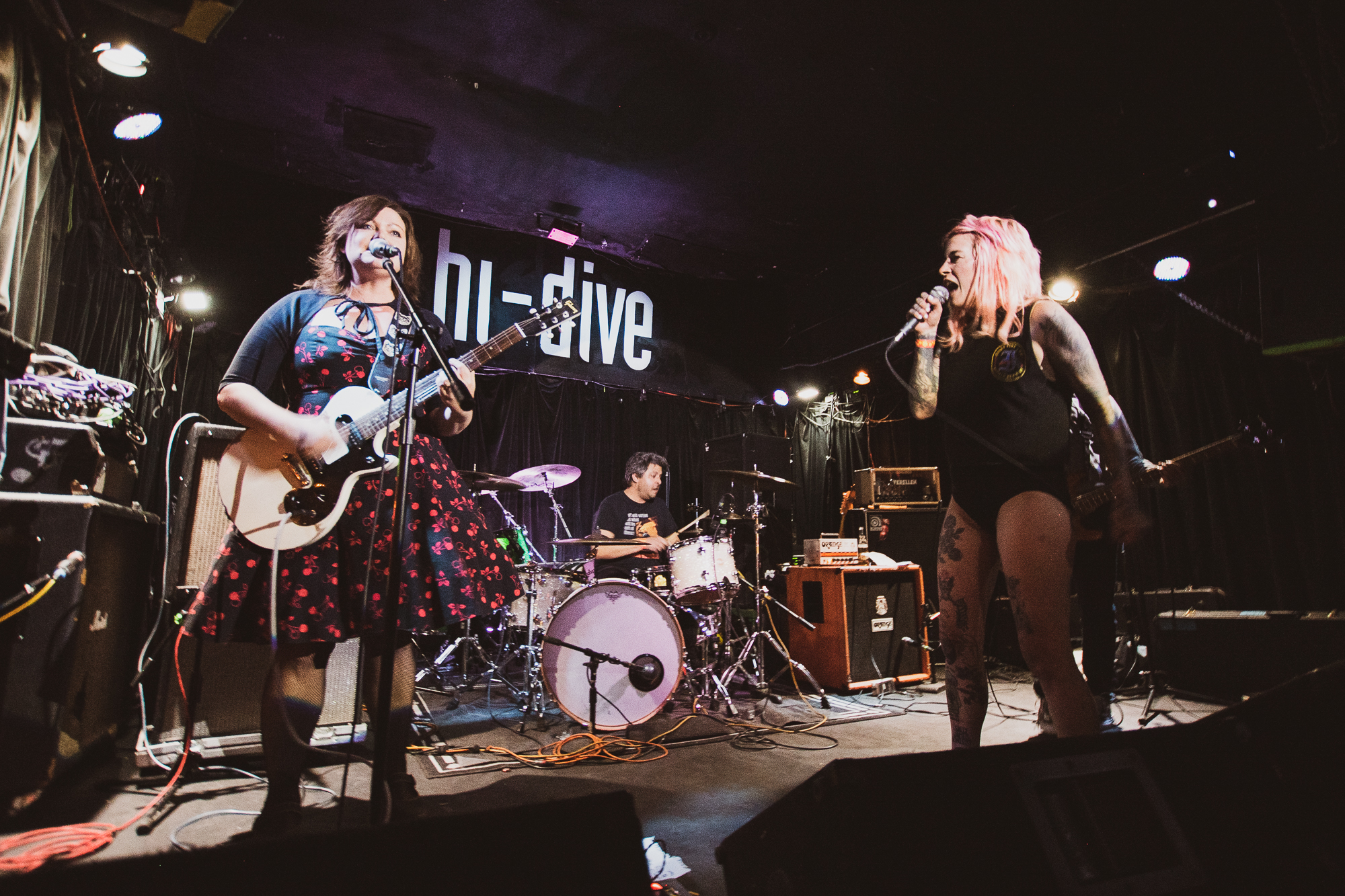 In a similar vein, Bryne voiced, “It’s a very hard expectation that’s set in activism that you can be everyone and everything all of the time. We’re just people who are all trying our best to just pay our own bills and do the things that we need to do and then be kind to one another and be kind to the world around us.” Jane No resonated with her bandmates, stating that in response to such comments, she explains that their art is what speaks loudest for them, which is why they opt to use it as a platform for activism.

At the end of the day, Cheap Perfume isn’t a band that lets anything stand in the way of them voicing their opinions and sparking discussion on prevalent issues. They are in many ways political, while simultaneously ignoring politics to focus on moral issues that they see a need to call attention to. 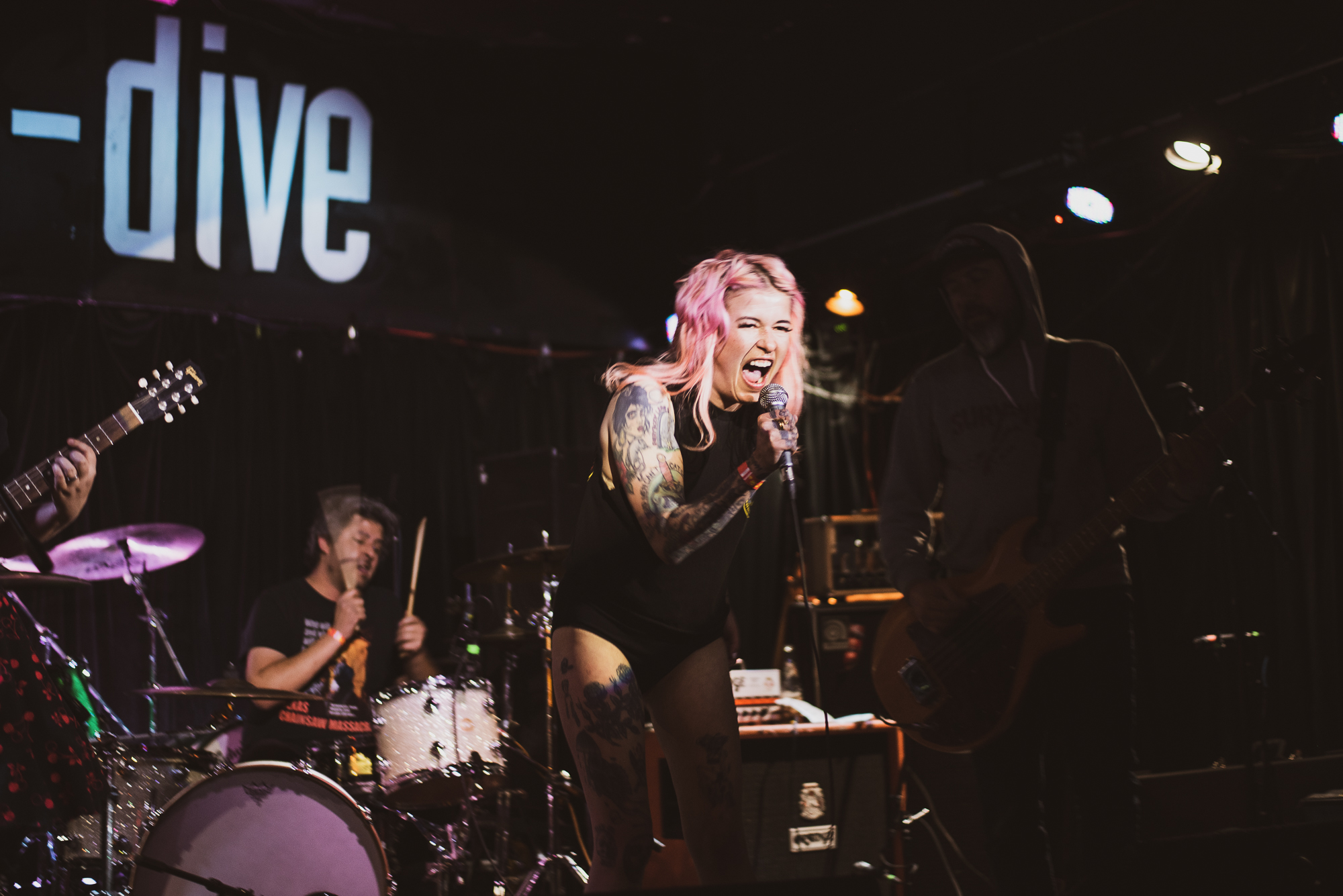 Having tackled a plethora of issues in their discography, Cheap Perfume is only skimming the surface of their impact with what is to come next from the band. “They were writing [on the first album, 2016’s Nailed It,] about stuff that now, almost seems like you’ve heard it so much. But when the first album came out…I was so impressed. They picked out a lot of issues. There’s a song about cops, there are multiple feminist songs and just stuff I don’t feel like a lot of people were talking about then. I think the stuff that Stephanie and [Jane No] are writing right now, when they become real songs and a new album, will be kind of similar — it’s not so obvious now but in two years everyone is going to be like, ‘damn, those were real problems that you didn’t really notice were seeding at the time,’” Brent said.

Stay tuned for what is to come from Cheap Perfume and catch them at local shows around the Denver area.