To its very core, Bluebook is representative of quintessential Denver musicianship. Like the plot of an eccentric fairytale, each member of the four-piece is a veteran of the Denver music scene, joining forces in an atmospheric dream sequence. Together, Bluebook is a disturbing intersection of indie rock, chill psych-pop and evocative choral trance sensibilities as showcased in their latest album, Optimistic Voices, released in February. 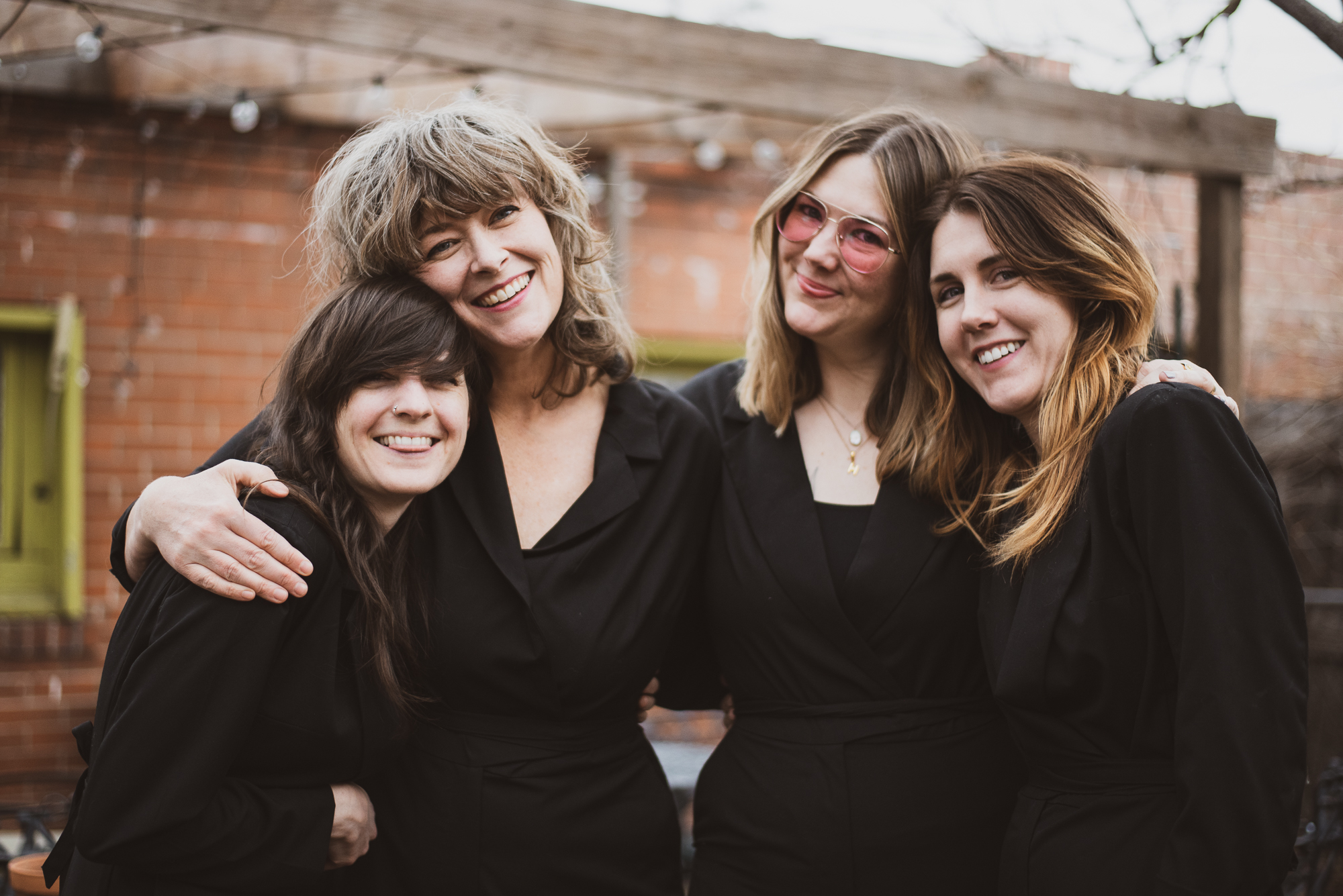 Bluebook is the brainchild of Julie Davis (bass and vocals) who began the project as a solo outlet for her songwriting at the beginning of her career in 2004 and has since resurrected after closing out touring with Nathaniel Rateliff & The Night Sweats. The band came to fruition when Davis asked Hayley Helmericks (drums and vocals), the former frontwoman of Denver start-up Snake Rattle Rattle Snake, to help her write a collection of really dark, synth-heavy and spacey nursery rhymes. Their musical chemistry was impossible to ignore, ending the first songwriting session in tears. 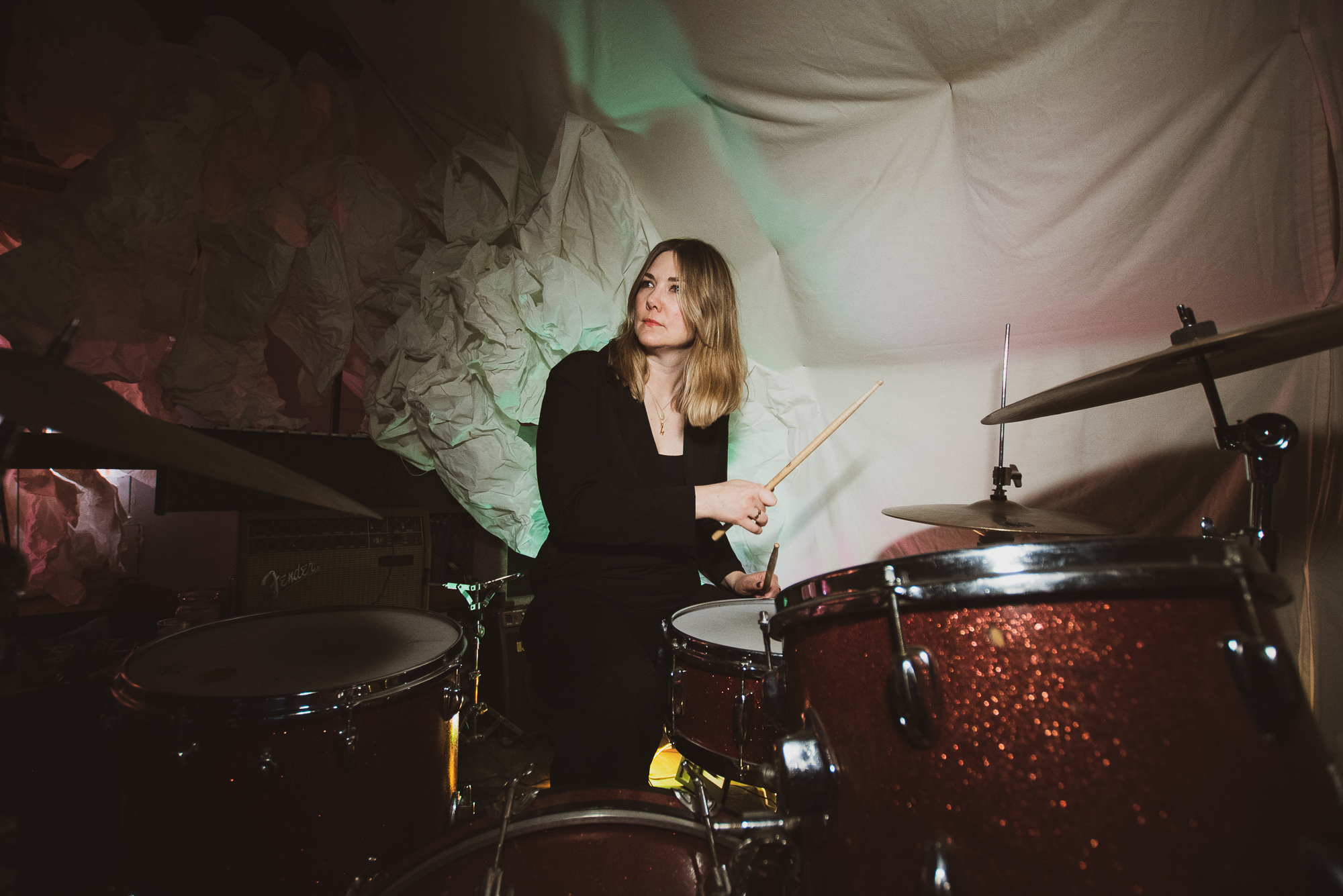 Ever since, Bluebook has blossomed — Jess Parsons (keys and vocals) and Anna Morsett (guitar and vocals) joined the group separately, rounding out the magic of Bluebook. Both Parsons and Morsett have an extensive history in the Denver music scene. Morsett is the frontwoman of The Still Tide and Parsons is a contributing member to The Still Tide and a handful of other bands. Together, they add a rare synergy with the guiding power to inspire the listener. The women of Bluebook have taken the liberty of building their own family between the four of them.

“We will sit at her kitchen table and just talk for an hour and a half. Anna says it’s like having therapy every time we get together before we play,” Davis stated. Released in 2022, Optimistic Voices is an ethereal soundscape that lays bear the bond between each member with distinct expertise. The emotive songwriting is like pages ripped from Davis’ journal, the result of a week spent in Santa Fe simply writing without judgment.

“I was feeling kind of stuck after losing connection with The Night Sweats because I traveled with those guys for a long time. Then I was home. That really hit my self-esteem hard, and I was kind of confused,” she continued. “For this album, I went to Santa Fe for five days and forced myself to sit there and write and not edit it or judge. That’s been the problem — I start hundreds of songs but then I cut it off because I think it’s not good enough. Most of these songs just came out, which is why I let them exist.”

In the same fashion as one would care for a newborn child, the album absorbed emotion poured into it at each stage of the creative process. From the tears provoked by sharing exceptional anecdotes during practice to the laughs shared with producer James Barone of Beach House in the recording session, the glow of authentic emotion emanates off each track.

One of the more challenging tracks, “My Good Ear,” has been hailed as the centerpiece of the album. The track came about from an ear infection which allowed Davis to hear her heartbeat through her ear. The haunting layered vocals paired with the consistent call of Morett’s guitar throughout are a peek into Davis’ struggle to find her good ear.

“In ‘My Good Ear,’ there’s a transition from the darkness and happiness to ‘in the sound, I am found,’” Davis said. “To me, it meant being able to reclaim my vocation as a songwriter and as a musician.”

The accompanying music video to “My Good Ear,” directed by the great Rett Rogers, follows an experimental storyline wherein Davis has her ear removed by the other members of the band. However, beneath the notes of mysticism and intrigue the video provides, there is a theme of positivity and grace that the band possesses almost effortlessly. 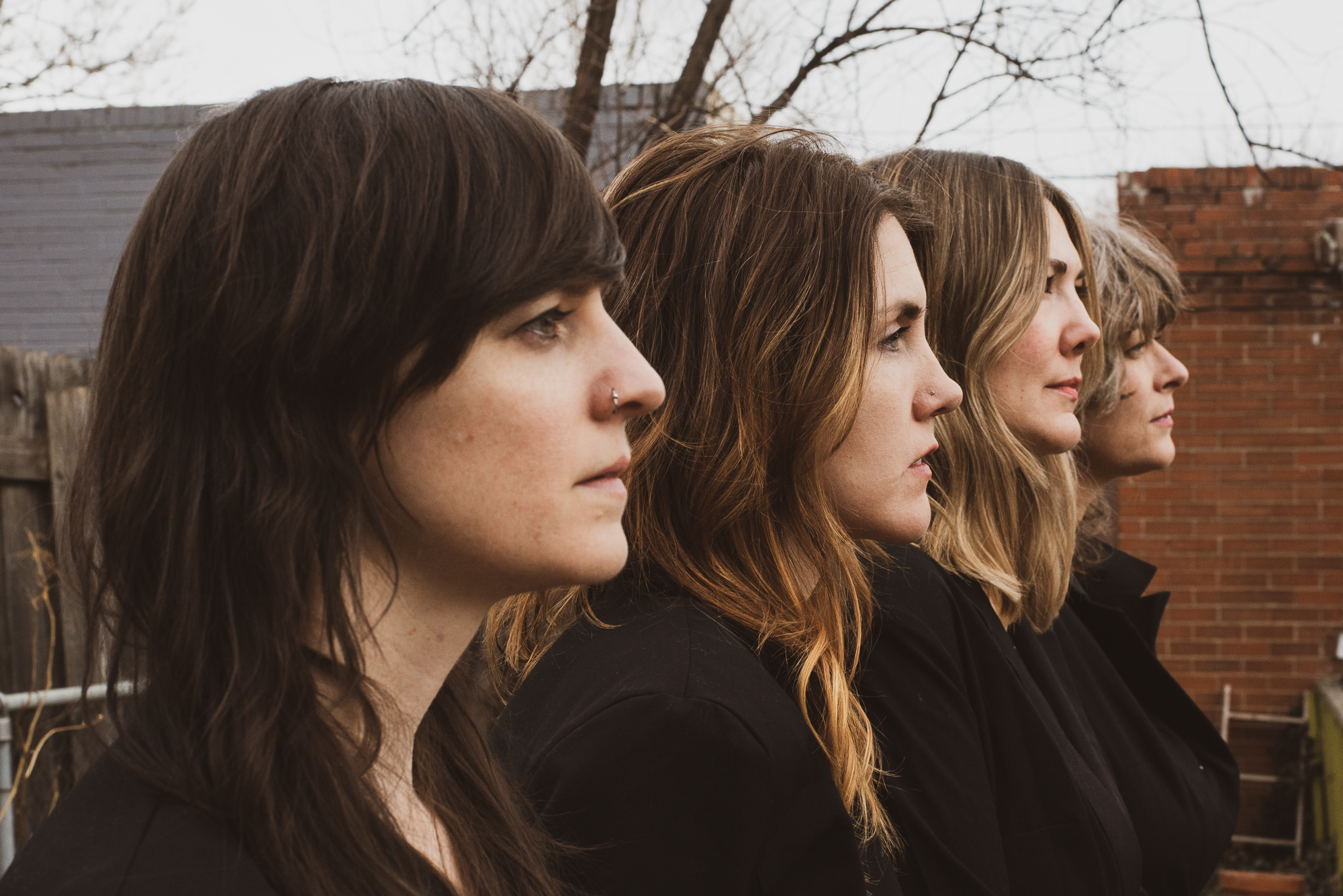 Uplifting feminine energy seems to find the group of women at every turn. Without intention, there’s an omnipresent confluence of powerful artistic women around them. Looking into the conception and eventual growth of Bluebook is a glimpse into a golden kaleidoscope of shared musical values and a love for each other. “I’m really thankful for this group. No matter what the outcome is I feel really lucky that I get to make art with my friends,” Davis said.

All photography by Roxanna Carasco